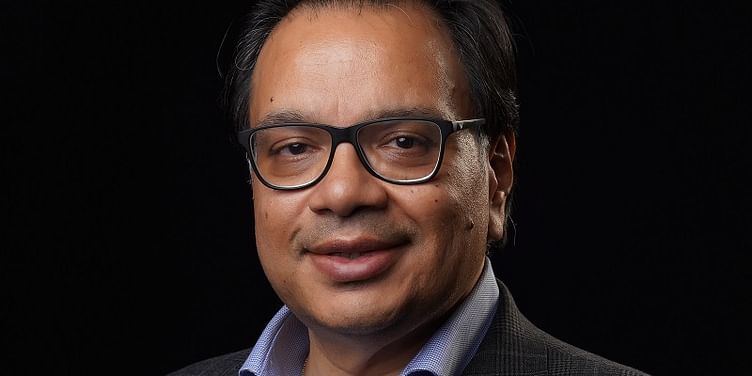 ZinGel batteries made by the startup Offgrid Energy Labs dispenses with costly, imported Li-ion cells and largely inefficient lead acid for use in electric mobility.

Even as electric vehicles (EV) generate buzz in India as a means to curb fossil fuel pollution, dependence on costly imports for power sources hampers the large-scale adoption of the environment-friendly mobility option.

Lead acid, most commonly used in batteries, is cheap but low on efficiency. They were used in EVs till 2015, but from 2016 onwards India began transitioning to lithium-ion batteries. However, lithium-ion cells require costly rare elements such as lithium and cobalt to be imported from countries including China.

Is there an indigenous, low-cost and environmentally sustainable way to power electric mobility?

This is where ZincGel, a battery chemistry invented by IIT Kanpur-incubated startup ﻿Offgrid Energy Labs﻿, aims to make a difference.

The startup was founded by Tejas Kusurkar, Brindan Tulachan, Rishi Srivastava and Ankur Agarwal in early 2018.

Offgrid’s ZincGel batteries are zinc-based and utilize materials readily available in India. Most importantly, they are non-toxic, in contrast to lithium ion and lead acid.

“The current battery landscape has technologies such as lithium ion, which is quite efficient but expensive, and lead acid, which is available at low cost but highly inefficient. Both options are ecologically unsustainable, thereby reducing the widespread usage of these batteries in renewable energy, utility and mobility applications."

Efficient and sustainable energy storage batteries can foster the growth of renewables by improving stability in power supply, which will help India achieve its 2030 Climate Action Plan commitments.

At present, lead acid leads India’s small battery storage market. Lithium ion is making strides, but its market size is minuscule, as high cost of its imports is a deterrent for use in industrial applications such as renewable energy storage, utility-based grid balancing, and EVs.

Getting the chemistry right

Offgrid owes its origins to IIT Kanpur, where Tejas and Brindan met in 2012 while pursuing their PhDs. Green energy has been Tejas’ passion for long.

Through common friends, the pair met Rishi, who has over two decades of experience with deep technology companies such as Airwoot and Data Weave. The group then got acquainted with Ankur Agarwal, who has worked with several global energy conglomerates. Ankur came on board because of Tejas’ and Brindan’s idea to disrupt the battery storage market.

The four of them developed the core value proposition for building batteries with completely new chemistry, materials, and design. They had a common goal: building efficient, sustainable battery technology with readily available materials.

Offgrid’s innovation is ZincGel, a solvent-less electrolyte derived from non-toxic salts that are new in terms of their utilization in battery chemistry but otherwise commonly used in agriculture and the animal feed industry. The electrolyte is temperature stable and non-flammable, offering resilience and safety for energy storage.

The new battery chemistry dispenses with supply-constrained and high-cost materials such as lithium, cobalt and vanadium, says Tejas.

“Unlike lithium-ion cells, ZincGel batteries do not need clean and dry rooms. This can lower capital expenditure by up to 35 percent,” says Tejas. Also, lead acid manufacturers can make ZincGel batteries easily with existing equipment.

“By virtue of ZincGel’s modular design, we can create customized battery packs for different energy storage applications basis their unique requirements, while maintaining the advantages of higher efficiency, lower cost and sustainability,” he explains.

According to Offgrid’s founders, ZincGel has been developed and tested as per global standards. The product is at a prototype stage and is being tested for practical applications.

After the pilots are successful and completed by the first quarter of 2021, ZincGel will go into certification for commercial production.

Says Tejas: “We have been engaging with global and local energy players and power sector systems integrators to validate our technology of batteries for different applications.

“We have partnerships and deep technical, business-case discussions with Shell (as part of the Shell E4 programme) for some of their retail energy transformation projects,”

Initially, the four co-founders self-funded Offgrid and later raised a small angel round from overseas investors. They have also been seed-funded by Shell India. They are in the process of closing a seed round, but do not want to disclose details.

“We are a capital-efficient company primarily due to the infrastructure support we have received from IIT Kanpur in terms of state-of-the-art labs and talent,” says Tejas. “We have also received grants from government, private and international organizations due to our disruptive innovation and its future impact on energy transformation.”

One of the biggest challenges Offgrid has faced is that the market does not understand deep technology in energy storage, says Tejas.

“Most companies in battery management are basically tweaking and improving existing technology such as lithium-ion, lead acid, zinc air and flow batteries,” he says. “Not many companies around the world are working on new chemistry and electrolyte. Convincing investors about the disruptive change Offgrid will bring to the energy storage market has been difficult.”

The startup also faces challenges due to lack of local infrastructure for pilot-scale prototyping, as some of the materials have to be customized. However, IIT Kanpur and Shell are helping it overcome the issue.

As ZincGel can be made at existing lead acid and lithium-ion facilities, this offers Offgrid an opportunity to profitably license the manufacturing of its batteries to different producers in India and abroad.

“We see two sources of revenues: one from licensing our battery technology and the second from the use of our unique electrolyte by existing battery manufacturers,” says Tejas.

Offgrid has set a target of taking its ZincGel battery from prototyping to selling it to corporates in the next 18 months.

The startup aims to have 23 intellectual properties by the end of 2021.

Offgrid is also looking to tailor its product for different markets in terms of applications such as renewable energy, grid balancing, mobility, telecom, and behind the meter. The battery needs to be built keeping in mind the unique features of each application.

The company is at a pre-revenue stage and aims to close partnerships with key customers and energy ecosystem players this year.

As a research-based company, its product is a novel one and hence Offgrid has no competition except for Gelion Technologies in Australia.