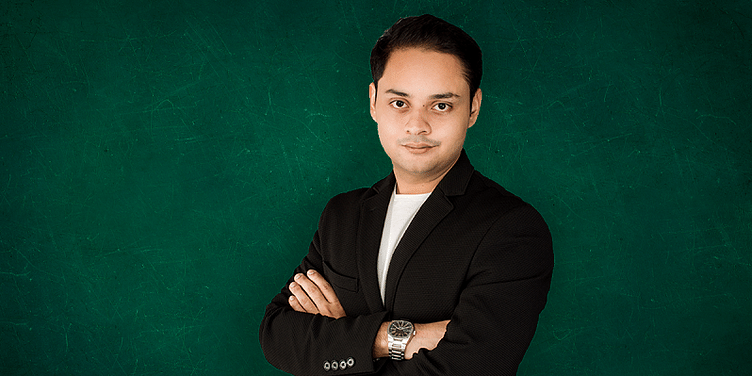 Kolkata-based GoDial is an automatic call dialer app for mobile phones that uses the existing SIM cards and phones for calling and offers an in-built CRM.

Entrepreneur Avijit Sarkar says he has always been trying to create a problem-solving product. In his 12th grade, he started a small BPO, which grew into a 10 seater call centre in just a year.

Realising that his true calling was in technology, he pivoted into IT Services in a few years and built a SaaS startup, Regular.li in 2017. Looking to get customers for Regular.li, he started manually calling everyone from his list of business contacts.

“I spoke to prospects and wrote down their responses. Just five calls later, I realised this was a major pain. There had to be a simple and easy way to auto-dial people and save the response or follow-ups,” Avijit tells YourStory.

A month later, he came up with the first prototype of a mini CRM and auto calling app called ﻿GoDial﻿. Today he is the founder of both Regular.li and GoDial with a larger focus on the latter.

Started in 2019, the Kolkata-based startup is an automatic call dialer app for mobile phones that uses the existing SIM cards and phones for calling and customer relationship management (CRM).

﻿GoDial﻿targets people who are in a business that requires them to make many phone calls daily, including stockbrokers, real estate agents, colleges, retail, etc. For them, manually dialing out each number becomes a pain.

That is where GoDial comes into play. It is an autodialer app that can function as a CRM and auto caller on the phone. One can simply import a call list and start auto-dialing.

The startup claims the app can transform any phone into a fully functional auto dialer, and can be used to operate just like a call centre. Here, the users don’t have to pay for any kind of VOIP charges since calls are placed from the SIM itself.

GoDial features a call back reminder, voice notes, and a built-in CRM system, which can help manage the customers. A full-featured dashboard for analytics and template messaging allows users to send multiple messages. The founder said users can also send messages after calls without having to save the numbers. Moreover, users can also redial the contacts which were busy or unreachable before.

According to him, one of the unique features of the app is that it is easy to set up and requires no hardware, setup cost, or any call charges.

“The user can simply start off using their phones. It is an instant setup and do it yourself (DIY) platform for any business that makes phone calls. Additionally, it will be perfect for work from home as it has a central dashboard to see team progress, manage contacts, team, and reports,” says Avijit.

A report by Grand View Research says the global customer relationship management market size was valued at $40.2 billion in 2019 and is expected to expand at a CAGR of 14.2 percent from 2020 to 2027.

The GoDial team considers Knowlarity, Exotel (which are cloud telephony solutions offering online call centers), Zoho, and FreshCaller (that have mobile-based CRMs) as its competitors.

The startup charges Rs 280 per month per user for the enterprise version and Rs 100 per month for the personal version. So far, the startup claims to have generated a revenue of Rs 40 lakh.

Speaking about the challenges, Avijit says, “Since GoDial is a global and multilingual app, we had to carefully study the behaviour of our users and design the UX in such a way that no training is required and it is self-intuitive for all audiences and languages. The design is constantly reiterated and optimised keeping this in mind, so that our users from Tier II and III cities can be empowered as easily as big businesses.”

He adds that with a small team, they often had to work round the clock to build new features based on the constant feedback they receive from the customers.

At present, the app is mostly used by schools, colleges, telecom companies, recruitment agencies, insurance and banking, and financial companies.

GoDial was released on the Android and Apple app store in December 2019. “We saw organic growth. The software was useful for anyone - from LIC agents and schools to real estate brokers, and that too across the world. We went on earning $10 in the first month to about $400 by March organically,” the founder says.

Then COVID-19 happened. During the pandemic, many organisations who were working from home were in need of such a solution to easily distribute their calls and track the communication.

“Lockdown forced people to work from home. Everything was now mobile. We added the GoDial enterprise version in April that allowed teams to use GoDial,” he adds.

When asked about what is next for GoDial, Avijit says,

“We want to be the CRM that lives in everybody's pocket. GoDial will scale up in marketing and infra for now. In the coming year, we wish to build our own mobile OS based on android for enterprise as well as expand on many of our features.”

Here's what is new at Google Search - Activity Cards, Discover, Collections, and more