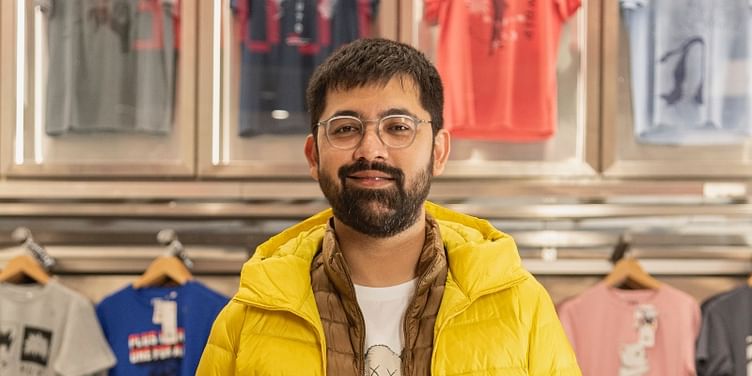 Manav Arya, the newly-appointed Head of Rush, Hike, believes that the game matters more than the outcome. He tells YourStory about his journey till now, his views on India’s gaming industry, and the many plans he has for Rush.

For the past couple of years, Gurugram-based unicorn Hike has shifted focus from messaging.

In July 2020, it launched HikeLand, which lets users hang out and interact in a mobile-first virtual world. The Kavin Bharti Mittal-led team also announced the launch of Hike Rush, its gaming-focused platform.

Earlier this year, the startup faced challenges such as going off Google Store, but it’s now back in action and ramping up significantly. The company, which aims to “build a new social future” and is keen to double down on gaming with its bite-sized entertainment offering, recently roped in Manav Arya as Head of Rush.

Manav comes with over 13 years of experience in mobile gaming; and has worked with top brands like Junglee Games, PayTM First Games, Octro Inc, and The Walt Disney Company. His appointment is part of Hike’s plan to bolster teams across the board as it doubles down on its bets with Rush and Vibe, both a part of Hike.

In conversation with YourStory, Manav Arya, newly-appointed Head of Rush, Hike, talks about his journey so far, his views on the gaming industry, and the many plans he has for Rush.

YourStory (YS): Tell us about your journey and the learning from each company so far?

Manav Arya (MA): I landed up in gaming completely by chance. I had dropped out of college and was running a motorcycle garage with a few friends; a prospective client turned out to be a gaming company CEO who offered me a job. My journey began at Trine Games.

My second job was at Jump Games where I was exposed to Hollywood and other marquee brands. This stint taught me a lot about how to build and create IP and develop world-class apps and games. I then moved to Disney and was put in charge of launching their first freemium game in India, Hitout Heroes.

During this time, Sequoia reached out about a company they were investing in and pivoting into a game development studio. This is how I started working at Octro building Live! titles. I learned a lot on the technology side, working on Teen Patti, Poker, and Ludo Warriors, which were at a huge scale.

This was followed by Paytm First games. After that, I wanted to work more on core RMG products, and this led me to the opportunity to create and drive the social games business at Junglee.

YS: Why did you choose Hike? And what are your plans?

MA: Hike is among those very few companies in India that have the guts to push the boundaries on what’s possible and truly innovate. Kavin’s vision to build a new entertainment service for the masses that channels the competitive spirit of India is bold and inspiring. That’s why I’m here.

It is rare that people get an opportunity to build something incredible with an ace team, amazing vision, and the courage to try new things. Leading Rush is that opportunity.

At the heart of what we’re building with Hike is the conviction that the game matters more than the outcome. A rush that comes from competing on the strength of our skills, where every win is deserved, and any loss is simply training ground to play the next game better.

We believe that Rush isn’t just a platform for users to win money in games, but a community of players with integrity.

Rush is a AAA-quality gaming platform where every player has a HikeMoji-led identity that not just ensures safety and privacy, but also adds to the fun of gameplay through innovative self-expression. All the games are skill-based. It is the player’s mettle that determines wins.

We were able to build out and release Rush in record time and it was instantly loved by our players. Unlike other gaming apps, we build our own games and craft experiences for our players.

One of the key differences with Rush App is that all games are in portrait view, which is key to the casual gaming experience as it allows players to easily play with just one hand. We are working on some extremely innovative games that are completely unseen in the skill-based, real-money games space and we’re excited to bring them to our users.

YS: What challenges did you face along the way?

MA: Before 2016, games were being played in India but monetising was very difficult. Only a few companies had a decent scale. We had a hard time attracting good engineering talent because we couldn’t afford to pay big salaries like other tech companies. Post Jio, things have changed and gaming has become hot.

YS: What is your view of the gaming industry today? Where do you see it headed?

MA: I think gaming in India is in its take-off stage. There is a long way to go. The Indian audience is exposed to and expects world-class quality. With cheaper-than-ever access to data and more powerful-than-ever smartphones, mobile-first gaming is the next frontier.

More consumers today are comfortable with online microtransactions and the same can be seen in the recent boom of the RMG space. This finally gives us an opportunity to step away from the traditional ad-driven monetisation models and make consumers the owners of their gaming experience.

The consumer appetite for bite-sized gaming offerings is strong. However, the RMG space remains clouded with challenges of bots, low quality UI/UX, and dominated by games centered on chance/gambling. There’s still enough room for a breakthrough new experience that solves these gaps with seamless user experience at the core.

YS: What can we expect in the near future?

MA: I love building games for India and I’m glad that working on Rush will help me enable that in an incredibly innovative way. I believe games have the power to change the world, and what we’re doing today can help play a role in that.

As someone who has been part of this ecosystem, I am excited to be in a position where I see myself being able to give back.

At the moment, my hands are full with Rush. We are on a mission to reinvent the real-money gaming space with a AAA-quality product that offers games beyond gambling and fantasy. We are aggressively working towards adding more and more skill-based, casual games designed to enable the competitive spirit of our users.