Despite coronavirus, this unicorn is going ahead with its plans to make money this year 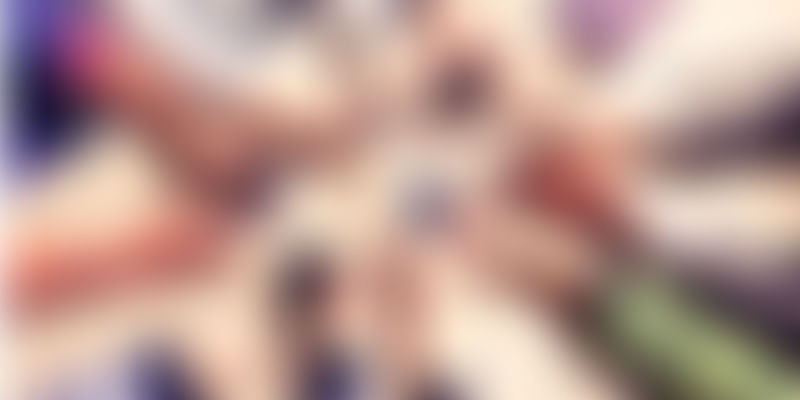 Hike Founder Kavin Bharti Mittal tells YourStory that he continues to remain bullish on the India internet story, even as the coronavirus pandemic wreaks havoc on the economy.

Delhi-based unicorn ﻿Hike﻿, known for its homegrown messaging app, will be going ahead with its monetisation plans for 2020, despite the coronavirus pandemic wreaking havoc on the economy. Till now, all of Hike’s offerings have been free; there have been no premium or paid-for features.

“You will see us making inroads into that (monetisation) in a couple of months, just as a way to see what is possible on the platform. We are experimenting with ways to make revenue,” Hike Founder and CEO Kavin Bharti Mittal tells YourStory.

The AI-led startup, which was one of the fastest to reach unicorn status in India, had announced in a pre-COVID world, that 2020 was the year it would finally look at revenue, after being in the business for eight years.

Things are clearly extremely tough on the economic front with salary and job cuts happening across sectors, as a fallout of the adverse impact of the pandemic. But, the Delhi startup is not letting these factors derail its plans for the year. In fact, it is one of the few companies outside the edtech sector that has still been hiring, in a bid to scale up.

The International Monetary Fund (IMF) believes that the world is staring at the worst recession since the Great Depression, as coronavirus continues to bludgeon the global economy. In this backdrop, most people are naturally in no mood to spend. A fact corroborated by a recent survey conducted by social media firm LocalCircles that found that 74 percent consumers do not want to spend on anything other than essentials.

While Kavin agrees that the days ahead are going to be “very difficult”, he adds that, since Hike will have micro-transactions on its platforms, starting as low as possibly Rs 5, it may not be as big a deterrent for consumers.

“Q2 (July-September) will be very difficult. But when things get back to normal, there will be an over-correction. Our platform is going to be focused on micro-transactions. Things in the virtual economy will not be worth thousands of rupees. It’ll be like Rs 5, 10, 50, 100,” Kavin says.

In a virtual economy model, the customer would pay the company for items to spruce up their online avatar or virtual home - a particular hat, a certain jacket, a distinctive piece of furniture, or a unique pair of glasses, for instance.

At the beginning of this year, Kavin had told this writer: “There are about half a billion users in India, so even if a small percentage wants it, it is a huge market.”  Such platforms could be incredibly meaningful from a business standpoint, he had said.

He went on to explain that even if it was half a dollar net revenue per month per user, that became massive. “Let’s say 10 million users pay half a dollar per month; that means there is a big business to be built.”

India will have many billion-dollar startups despite current crisis, says Infosys co-founder

A new place to ‘hang out’ amid the pandemic

On Wednesday, Hike rolled out the early preview of its latest offering, HikeLand, a mobile-first virtual world, where close friends can hang out online with their virtual avatars and also foster new relationships based on shared experiences and interests. This will pave the way for the startup to begin its experiments with monetisation.

Kavin believes this is the best time to launch the platform because people need new virtual experiences to hang out, as social distancing becomes the new norm and most people continue to remain confined to their homes.

“It’s a paradigm shift in the user experience, which goes beyond the traditional feed, likes, comments, and shares. The early preview really is the tip of the iceberg and we’re excited to begin building this out with our community,” he says.

But, what about competition from video conferencing platforms such as Zoom and Google Hangouts, where people are catching up with friends, celebrating virtual birthdays, even getting married?

Kavin says, “I think Zoom fatigue has started to set in. Also, if you are not very close, you may not enjoy actual video calling and may prefer avatars.”

Home is the user’s own private space on HikeLand where they can hang out on a virtual couch with their friends and watch videos together on a virtual TV screen. The users can do this while interacting over a voice-led experience (an in-built voice chat), similar to how they would in a real-life drawing room scenario. The videos are currently powered by YouTube. But, the Hike team is working on adding other content partners such as Netflix, Hotstar, and Amazon Prime Video.

Users have eight themes to choose from and can customise their virtual home with “decor that reflects their personality”. No one can enter a ‘Home’ in HikeLand without the user's invitation.

The ‘Big Screen’ on the other hand is a place that is aimed at bringing strangers together around shared content interest and fostering new friendships.

“Think of it as a theatre with a virtual twist where users are able to meet new people and form new friendships, while enjoying the content they love,” Kavin says.

Users can join a show of their choice, watch it with other like-minded people, and find out more about who they are through their profiles and message them. However, after the first ping, if the other user does not message back during the course of the show, the initiator won’t be able to send more messages. If they hit it off, they can continue chatting on the main platform, outside the ‘theatre’ and at each other’s ‘homes’. The Big Screen content is also currently being powered by YouTube and would be running shows round the clock on things such as comedy and sports.

‘Not pitching it as a dating platform, but not averse’

Kavin does not deny that the Big Screen is a potential place where romance could blossom, as people connect over shared interests, but adds that they are not pitching it as a dating platform.

“We want meaningful connections and friendships. A girl could just be looking at making girlfriends who have shared interests and similarly a dude, who is an Arsenal fan, could hit it off with other fans of the English football club.

“We are not averse to people dating, but are just not pitching it like that.”

Hike’s target audience is between 16 and 21 years and, according to Kavin, they spend most time on the app between 10 pm and 12.30 am.

Founded in 2012, Hike reached unicorn status in 2016, and became the tenth Indian startup to be valued at over $1 billion. It has raised over $261 million from investors such as SoftBank, Tiger Global, Tencent, Foxconn, and Bharti to date.