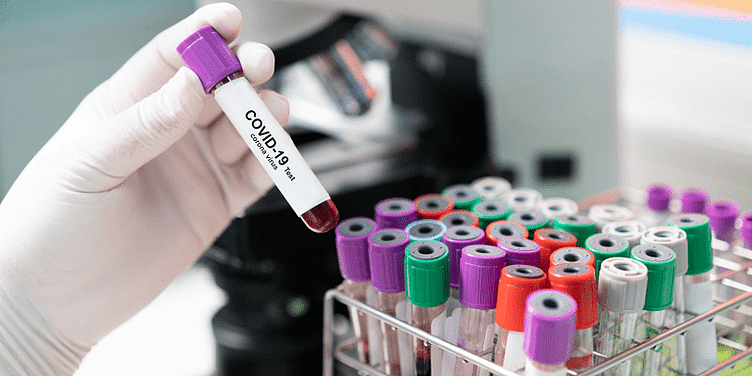 C-CAMP will use the Novo Nordisk Foundation grant to anchor and host a project to establish four emergency hospitals fitted with advanced COVID-19 care infra such as oxygen generators, respiratory support equipment, and mobile hospital units.

Centre for Cellular and Molecular Platforms, C-CAMP, has received a grant of approximately Rs 12 crore from Novo Nordisk Foundation. The Royal Danish Embassy in New Delhi is facilitating contact with Indian authorities for the project.

With this grant, C-CAMP will be anchoring and hosting a project to establish four emergency hospitals fitted with advanced equipment for COVID-19 care as well as a number of mobile hospital units.

The target is to equip hospitals with a total of 364 beds and the capacity to treat close to 1,300 COVID-19 patients per week with oxygen concentrators and respiratory support equipment among other emergency infrastructure.

Facilitated by the Office of the Principal Scientific Adviser to the Government of India, the initiative aims to address the spiralling hospital bed shortfall across India, including several underserved states through a new collaborative model.

The proposed hospital locations have been identified based on urgent need requests as received from state government health agencies. In the areas most severely affected, the capacity will be in place within a few weeks. Mobile hospital units will be set up as soon as possible in states where infection rates are expected to increase in the coming weeks.

It has directly funded, incubated and mentored closed to 200 startups over the last few years and is connected to about 2000 startups and entrepreneurs across the country in healthcare, agritech and cleantech.

Earlier this year, C-CAMP enabled mass-scale availability of indigenously developed, ICMR/DCGI-approved COVID-19 diagnostic kits for government and private diagnostic labs that are facing any shortfall due to the increased number of cases across India.

Dr Taslimarif Saiyed, C-CAMP CEO and Director, said, “With a strong possibility of a Third Wave in future, such models of collaboration will be crucial for augmenting an immensely stretched healthcare system.”

As indicated by Mads Krogsgaard Thomsen, CEO of the Novo Nordisk Foundation, the situation in India is alarming and it's time to support the establishment of emergency hospitals.

They also aim to contribute to increasing the capacity in areas expected to be hit by infections in the near future.

India is in the midst of an unprecedented healthcare emergency. As of May 8, there have been registered a total of 403,405 new cases.

With every passing day, the amount of pressure on the public healthcare system is rising, resulting in scarcity of resources and timely medical aid, and an increase in the death toll.