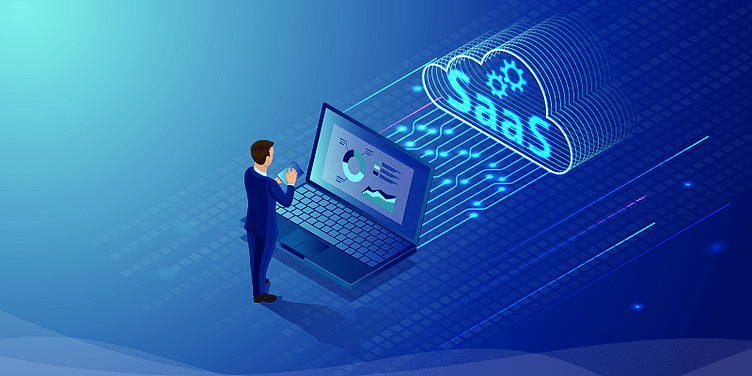 A report by Chiratae Ventures and Zinnov noted that capital efficiency and technological innovation makes the Indian SaaS industry a formidable competitor in global markets.

The Software as a Service (SaaS) industry in India is expected to grow by 5x over the next five years, as the demand for talent and technological innovation has remained very strong, according to a report.

The joint study titled 'Indian SaaS Revolution: Rising Trillion Dollar Global Opportunity', and conducted by venture capital firm Chiratae Ventures and management consultancy firm Zinnov stated that over the last five years, there has been a 5x revenue growth and 2x growth in the number of SaaS companies.

The report noted that the capital required for B2B SaaS startups to reach the unicorn status is half that of B2C startups in India, and the revenue per employee for SaaS companies stands at twice that in the IT Services industry.

“The growth continues unabated at a pace of ~51 percent CAGR, making the possibility of it becoming a trillion-dollar-valued industry by 2030, a strong reality,” the report noted.

The expectation is that this aggressive growth will create 200,000+ new jobs over the next five years, with the total talent employed by the Indian SaaS industry expected to grow by 5x in the same timeframe.

“It’s no secret that the future of business and scale is SaaS driven, more so in the post-pandemic landscape. What’s interesting however is how quickly Indian companies have set a global benchmark for the industry. The exponential growth unlocked in the last five years is a testament to how capital efficient the Indian SaaS industry is,” said Venkatesh Peddi, Executive Director and Head of SaaS, Chiratae Ventures.

Of the 51 unicorns in India, 10 are from the SaaS space, with four having joined the coveted unicorn club in 2021 alone, the report noted.

The study highlighted that global VCs have been at the forefront of capitalising on the rising trillion-dollar Indian SaaS opportunity, with VC investments surging 10x in the last 10 years. Investments to the tune of $6 billion have been made in Indian SaaS companies so far, with over $4 billion coming in the last three years alone.

The Indian SaaS players are poised to fulfil 19 percent of the global SaaS demand by 2025. The global SaaS market is estimated to reach a size of $400 billion by 2025.

“India is uniquely positioned to capitalise on and propel the SaaS revolution to even greater heights, thanks to a convergence of factors such as – product leadership, entrepreneurs paying it forward, going global from inception, massive capital infusion, conducive ecosystem enablers, and skilled new-age talent advantage,” said Zinnov CEO Pari Natarajan.