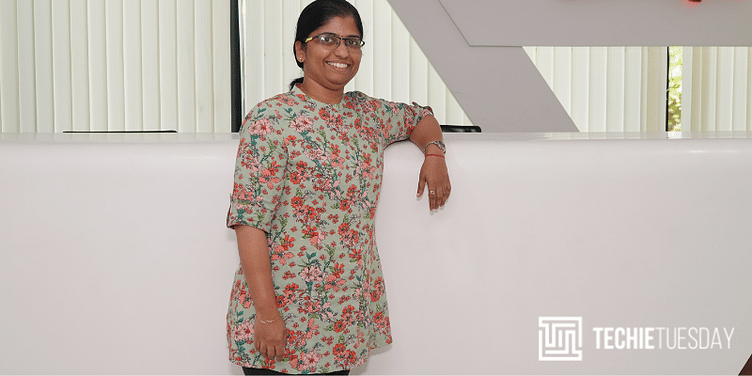 In this week’s Techie Tuesday, we profile Jyoti R Nair, who has explored diverse domains in the software testing space - from healthcare to products. As Director, Testing, Tally Solutions, Jyoti leads all functions – from design and development to testing, final deployment, and meeting customers.

In a career spanning 20 years, Jyoti R Nair, Director, Testing, at Tally Solutions, has seen the rise of the software industry. While she was at college!

A mathematics buff, Jyoti’s goal was to complete her master’s in the subject and enter the research field. But computers changed all that.

Growing up in Jaipur, she imbibed a love for science from her father, who worked in the pharma sector, and cousins who pursued medicine. The initial inspiration gave way as the software boom of the 90s influenced Jyoti like several others during that time.

“I saw a computer for the first time at my dad’s office, unlike today’s generation who have several gadgets at their disposal. Computers in those days were a big thing, and while pursuing my master’s in mathematics, I thought why not give it a try?” she recalls.

Jyoti joined the CIStems School of Computing in her city and took up courses in C++, COBOL, and others that were the equivalent to a BCA or MCA in 1995, and there was no looking back.

She appeared for the A-level exams and passed with All-India fifth rank. Her passion for programming only grew, and she took up her first job at the same institute teaching C++.

After completing her master’s, Jyoti wrote the competitive exam for a programming job at the Small Industries Development Board of India (SIDBI), a subsidiary of RBI. Her formal entry into the programming world had begun.

Jyoti’s progression was natural – after working at SIDBI for a couple of years, she joined Patni Computer Systems (which later merged with iGATE Corporation). For the first time, she joined the validation and testing space.

“In 2001-02, the field was just becoming popular and independent testing units were being set up in the service sector. It was a good learning opportunity because those were the early days for performance testing,” she says.

She then moved onto Infosys in Bengaluru to be part of its vertical, an independent validation Services Unit.

“With this, I joined the specialised testing skill space as a lead, working with banking and later healthcare costumers for their performance test projects and setting up teams offshore because it was the onsite-offshore model of working,” she says.

After spending four years in Infosys, Jyoti shifted to Misys Software Solutions (which later changed its brand name to Allscripts) - her first experience working on the product side.

Here, she worked mainly on healthcare products used in US hospitals and clinics.

Jyoti’s stint in Tally started six years ago when she was hired for setting up best practices in testing, including a consolidated testing team within engineering as a function.

She says it’s been an exciting journey so far – one that has “exposed me to a complete end-to-end product function in the testing process”.

Jyoti explains, “It means starting from design to development, testing to final deployment and meeting customers. Testing focuses on whether the product is functionally working well or not, but more aspects are being covered on non-functional aspects like performance, simplicity, consistency, flexibility. Each year has been about making the testing department better to bring better products to the customers.”

To this end, she believes that even changing the team's mindset to think from these perspectives is an exciting and continuing process.

Last year, in the middle of the pandemic, when all employees shifted to working remotely, Jyoti and her 55-member team contributed to the release of a new product, TallyPrime.

“TallyPrime is the foundation for new technology. It brings a completely new interface in line with the latest trends that include colour, font, formatting, and more. When more businesses are transforming digitally, how do I make the business owner and users use a product? The answers lie in simple navigation, multitasking features, and powerful reporting,” she says.

TallyPrime also helps businesses to work with government portals like e-invoice because of its seamless integration features.

Jyoti says the focus is on automation, now an inseparable part of testing. “We are moving towards 100 percent automation because as the product is growing every day, it will become impossible, over the years, to test all the features of the product with every release,” she adds.

Joining the software industry at a nascent stage was more an opportunity, and less of a challenge, Jyoti says.

The only challenge she faced was not being able to travel on-site because of family responsibilities. “However, when you establish your credibility in the organisation and with your customers, you can give them the confidence that I don’t have to be onsite; I can do the same thing sitting in my office,” she says.

While she talks of instances where she would be the only woman in the team, she also believes that she received considerable support and respect from her peers because she was ready to face every challenge.

“Women are generally not too keen on networking or talking about their achievements because they believe their work should speak for them. And because of this, they need a mentor or coach to push them forward,” she says.

“Establish a connection with seniors in your organisations so that you can talk to them on different aspects of the industry. Learn more about industry trends. Attend conferences where you can meet women from different domains. Do not limit your mentors to your organisation,” she advises.

“The tech industry is growing into multiple devices and platforms. How do we test and ensure we have zero defect releases in the market? This is one area where I want to expand into, especially into non-functional testing aspects that includes security, performance, and scalability. I want to introduce quality best practices, starting from the early stage of a project,” Jyoti concludes.