We welcome competition, but make the tech and product in India instead of importing it, Ola's Bhavish Aggarwal 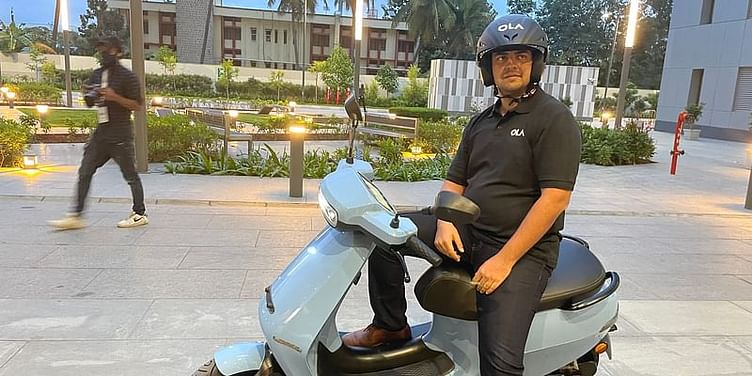 At the launch of the Ola Electric scooter, Bhavish Aggarwal, Founder and Group CEO, Ola group of companies said, instead of importing IP into India, build and make the technology in India.

As Ola announced the launch of its electric scooter S1 range, Bhavish Aggarwal addressed a question by the media in a closed door interaction on Tesla CEO Elon Musk's demand to reduce customs duty on imported electric cars.

He said, "The EV ecosystem in India needs competition, it is not that I have a problem with it, in fact, we welcome all competition. With more players in the market, it opens up more for the EV ecosystem. We all need to build an ecosystem to ensure that everyone chooses to buy an electric vehicle instead of an IC vehicle."

He added it is important though that competition doesn't import the IP or technology, but build it in India, with the people of India.

He added the Ola Electric Future Factory, which is spread across 500 acres, is a fully-automated factory that has the capacity to build 10 million electric two-wheelers by June 2022. According to the founder, every part of the technology, infrastructure, and details of the Ola factory and scooter have been built in India.

"We have ourselves filed for IPs in some of the technology we have built, and I am a co-author of those pending patents. The idea is to make in India for the world. Now the question is, can everyone from the world also come and make in India, and actually build in India and not just import the technology," asked Bhavish.

Ola Electric has announced the launch and the pricing of its much awaited electric scooter - S1, with two variants S1 and S1 Pro. The scooters will be available for purchase from 8th September, and deliveries will begin in October.