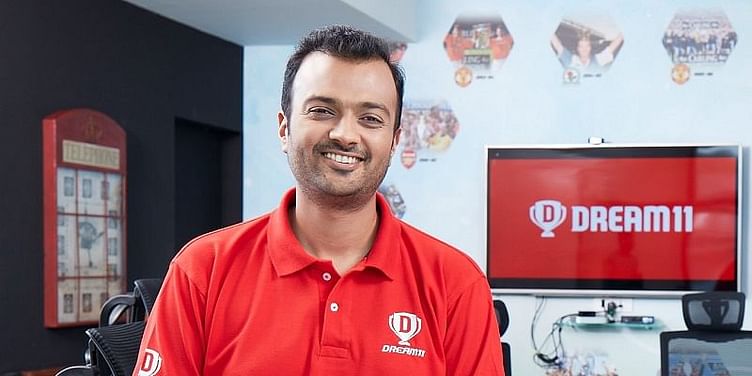 Fantasy sport unicorn ﻿Dream Sports﻿, the leading sports tech company with brands such as ﻿Dream11﻿, Dream Capital, ﻿FanCode﻿, DreamSetGo, Dream Game Studios, and DreamPay in its portfolio, has announced the completion of an investment of $840 million.

Dream Sports, which boasts of having a user base of 140 million Indian sports fans, calls the latest funding round as the largest investment in the sports tech arena on a global scale.

In a release announcing the record funding, Harsh Jain, Co-founder and Culture Enforcement Officer (CEO), Dream Sports, talked of the unicorn's vision and mission to create an entrepreneur-led virtuous cycle of investment, innovation, and wealth creation for all stakeholders in the sports ecosystem, from fans to athletes, teams, and leagues.

“Our investors have deep experience in developing sports ecosystems globally, and we are fortunate to have their guidance to ‘Make Sports Better’ for one billion Indian sports fans,” Harsh said.

Mumbai-headquartered Dream Sports, founded by Harsh and Bhavit Sheth, claims to be on a mission to build one of the world’s largest sports ecosystems, which includes sports content, commerce, experiences, fan engagement (which includes sports gaming and esports), Web 3.0 solutions, fantasy sports, and fitness tech.

Earlier, in August this year, it had announced a corpus of $250 million through its corporate venture capital and mergers and acquisitions’ arm Dream Capital, which has built an initial portfolio of 10 companies focusing on thematic early-stage investments in India, including, Fittr, SoStronk, KheloMore and Elevar.

Currently, Dream Capital is expanding its sports, fan engagement and fitness portfolio in India and globally.

On its latest investment, the funding release quoted Rahul Mehta, Managing Partner at DST Global, as being excited to partner with the Dream Sports family in their vision of building the leading end-to-end sports tech company in India.

“We are very impressed with their customer-centric approach, product strategy, and ability to strengthen connections between fans and their favourite sports,” Rahul said.

Founded in 2008, Dream Sports took four years to figure out the one thing the platform wanted to do — build the stock market equivalent of fantasy sports. And validation followed from multiple YouTube channels where self-proclaimed gurus gave advice on how to win on Dream 11, and books and tuition classes taught how to pick the right team.

For the sports tech unicorn since 2019, getting investors to take the fantasy sports space seriously hasn’t been the sole challenge. It also had to contend with court cases that said that the platform promoted betting and gambling, deemed illegal in India.

However, earlier this year, the Supreme Court of India in its order upheld that the Dream 11 platform involved ‘game of skill’, cementing its legality. For Harsh, an ever-optimistic entrepreneur, this also provides Dream 11 with a competitive advantage.

“These regulatory challenges also imply that a foreign company cannot come into India and launch this. We can build a business to scale without having to deal with extremely well-funded companies vying for our market share,” Harsh told Shradha Sharma, Founder and CEO of YourStory, during a fireside chat at TechSparks 2021.

After being rejected by 150 investors in its nascent days, and being told that their startup was created ‘just for fun’, the co-founders have reasons to enjoy their dream ride towards decacorn valuation.