The Tata deal widens the circle of trust for 1mg: Gaurav Agarwal 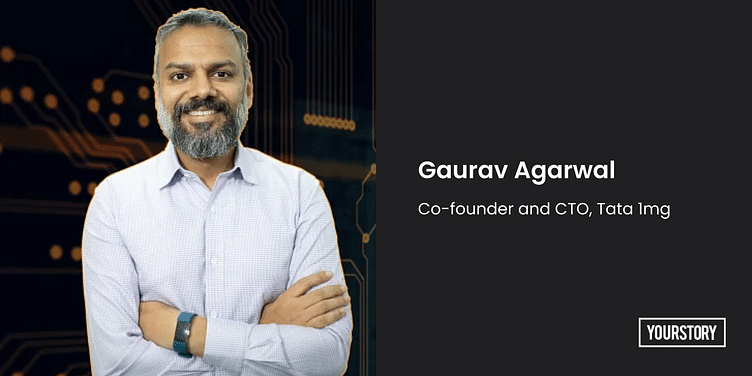 Speaking on the acquisition for the first time, Tata 1mg CTO Gaurav Agarwal said there is no other brand in India that is more synonymous with trust than the Tatas.

A close partnership with the Tata Group will accelerate the 1mg journey because of the instant recall of the Tata brand, said Gaurav Agarwal, Co-founder and Chief Technology Officer (CTO) of the digital healthcare platform, during a panel discussion at the Ascent eConclave on Friday.

1mg was founded by Gaurav, Prashant Tandon, and Vikas Chauhan in 2015, and operates e-pharmacy, e-diagnostics, and e-consult services in more than 20,000 pin codes.

Earlier this year, Tata Digital — a Tata Sons subsidiary — took a majority stake in 1mg, and the digital healthcare platform is now known as Tata ﻿1MG﻿.

"Trust is the most important currency in healthcare, and there is no other brand in India that is more synonymous with trust than the Tata Group," said Gaurav, speaking for the first time on the acquisition.

"As we interacted, we found that the two organisations were very culturally aligned," Gaurav said.

"We found a lot of common synergies with what the Tatas were trying to do in the overall health ecosystem," he explained, citing the work of the Tata philanthropic trusts in backward parts of India.

"Through all these conversations, we knew that our journey would be accelerated with a close partnership with the Tata Group. That's what helped us make the decision," Gaurav said.

The Tata-1mg deal is among a spate of deals in the online healthcare industry in the past 18 months.

In August 2020, Reliance Retail acquired a majority stake in Netmeds for Rs 620 crore. Online pharmacy ﻿Pharmeasy﻿ bought out ﻿Medlife﻿ in May 2021, and diagnostic chain Thyrocare a month later.

Gaurav said that online healthcare has room for at least three players, especially because 97 percent of the pharmacy industry is still offline. The future is omnichannel, he asserted, adding that Pharmeasy and Tata 1mg are currently leading the pack.

"We are both holding our own. There are some markets, where we are dominant, and some where they are (dominant)," Gaurav said. "We all find our niches to play in, as long as we are patient, innovative, and find the deep customer value that we are going to deliver."