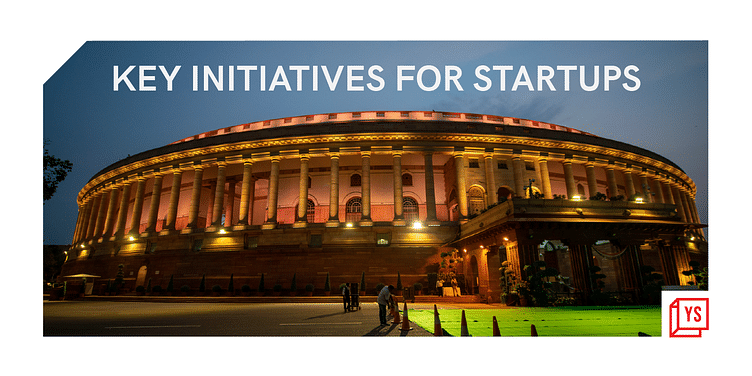 As we celebrate India's first ever National Startup Day on January 16, 2022, here's a look at 20 things you should know about the government’s key initiatives around Startup India.

As India celebrates its first ever ‘National Startup Day’ on January 16, 2022, here are 20 things you should know about the government’s key initiatives around Startup India.

Startup India is Government of India’s flagship initiative aimed at catalysing the startup culture, and building a strong and inclusive ecosystem for innovation and entrepreneurship in India.

While National Startup Day will be celebrated on January 16, 2022, it was on the same date six years ago in 2016 that the Startup India Action Plan was launched with the objective of supporting entrepreneurs, building up a robust startup ecosystem and transforming India into a country of job creators instead of job seekers.

Department for Promotion of Industry and Internal Trade (DPIIT)

The Department for Promotion of Industry and Internal Trade (DPIIT), under the aegis of the Ministry of Commerce and Industry, Government of India, acts as the nodal department for Startup India - coordinating the efforts of all central government departments and the state governments.

‘Fund of Funds for Startups’ (FFS)

In order to provide fund support for startups, the Government of India has created a ‘Fund of Funds for Startups’ (FFS) at Small Industries Development Bank of India (SIDBI) with a corpus of Rs 10,000 crore.

The FFS can contribute to the corpus of Alternate Investment Funds (AIFs) for investing in equity and equity linked instruments of various startups. On the latest count, Rs 6,495 crore has been committed to 80 AIFs.

Eligible startups enjoy 100 percent income tax exemption for consecutive assessment years out of seven years from the year of its incorporation, and this is done with a view to stimulate their development, and provide them a competitive platform.

How can Indian Startups avail Income tax exemption for 3 years

DPIIT recognised startups are exempt from tax under Section 56(2)(viib) of the Income Tax Act, when they receive any consideration for issue of shares which exceeds the shares’ Fair Market Value of such shares.

Eligible startups also benefit from the scheme for Startups IPR Protection (SIPP) for facilitating fast-track filing of Patents, Trademarks and Designs, and expedited examination of patents filed by startups, which reduces the time taken in getting patents.

The Scheme for Startups IPR Protection (SIPP) provides for a reduction in the patent filing fees for Startups by 80%! To know more visit https://t.co/2B2ALxxqSR. pic.twitter.com/1AuiK2xtqY

As per DPIIT’s FY 2021 annual report, Atal Innovation Mission (AIM) had selected 86 incubators across the country to provide financial support through grants in aid, and had already disbursed grants worth Rs 201 crore to 68 incubators.

On the latest count, under the Startup India Seed Fund Scheme (SISFS), grants worth Rs 233 crore have been approved across 58 selected incubators.

Since Oct’ 2016, startup enterprises are permitted to access loans up to $3 million under the External Commercial Borrowing (ECB) framework of the Reserve Bank of India (RBI).

Since Aug’ 2017, a Securities and Exchange Board of India (SEBI) registered Foreign Venture Capital Investor (FVCI) may contribute up to 100 percent of the capital of an Indian company engaged in any activity mentioned in Schedule 6 of Notification No. FEMA 20/2000, including startups irrespective of the sector in which it is engaged, under the automatic route.

The lock-in period for investments made by an Angel Fund was reduced from 3 years to 1 year, upon the amendment by the SEBI (Alternative Investment Funds) (Amendment) Regulations, 2016, with effect from Jan 4, 2017.

Angel funds are allowed to invest upto 25 percent of their investible corpus in overseas venture capital undertakings, in line with other AIFs, as provided by the SEBI (Alternative Investment Funds) (Amendment) Regulations, 2016, with effect from Jan 4, 2017.

The upper limit for the number of angel investors in a scheme has been increased from 49 to 200, upon the amendment by the SEBI (Alternative Investment Funds) (Amendment) Regulations, 2016, with effect from Jan 4, 2017.

The requirements of minimum investment amount by an angel fund in any venture capital undertaking was reduced from Rs 50 lakh to Rs 25 lakh, upon the amendment by the SEBI (Alternative Investment Funds) (Amendment) Regulations, 2016, with effect from Jan 4, 2017.