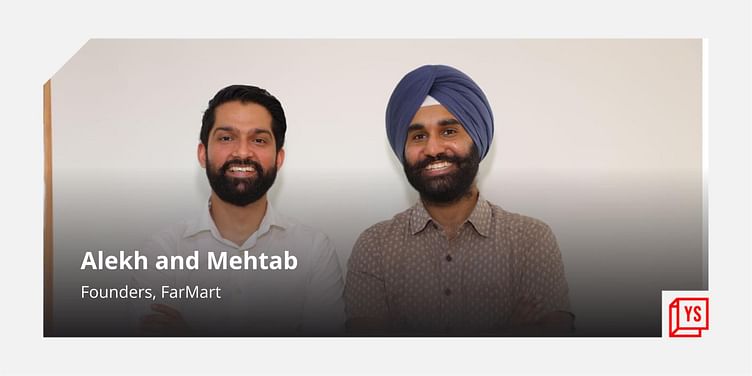 ﻿FarMart﻿, the agritech startup that works as a SaaS-led food supply platform, has raised $32 million in Series B funding round led by General Catalyst, with participation from existing investors — Matrix Partners India and Omidyar Network India. Elluminate Capital acted as the exclusive financial advisor to FarMart on the transaction.

This new infusion of funds is aimed at fuelling the growth of FarMart’s digital distribution network across India and to export markets. The company also plans to make key investments into research and development, automation, and technology.

This announcement comes six months after FarMart’s $10 million Series A in October 2021 by Matrix, Avaana and Omidyar, and brings the total capital raised to $48 million.

“We have built a retailer-centric solution at the intersection of data, hyperlocal serviceability and underutilised assets. The entire team is driven by the ambition and opportunity to build India’s largest food supply platform. I would like to thank General Catalyst and our existing investors for providing us with the thrust to achieve our ambition of building the world’s first OS that powers food value chains,” says Alekh Sanghera, CEO and Cofounder, FarMart.

"Our conversations with the FarMart team happened over Zoom. And we understood that not only did the founders have complimentary skillsets, they also were mission-driven. The decision they made to make the shifts were purely on data and with a focus to solve a problem, and that is what got us excited," said Anand Chandrasekaran, Partner, General Catalyst.

FarMart provides SaaS tool to 60,000 agri-retailers in the country who serve two million farmers through its mobile app. The company has also scaled its output linkage offering, distributed via its app users, to over 600 districts in India, with 75,000 metric tonnes of high-quality produce sourced until now across over 15 commodities.

“Since we first met Alekh, Mehtab, and the FarMart team we knew they had a unique distribution approach to building India's largest food sourcing SaaS platform. The fast-growing B2B platform activates critical connections between farmers and agri-retailers, enabling millions of farmers to supply fresh produce to consumers all over India, creating powerful, positive change for these stakeholders. We are honoured and excited to be a partner in the FarMart journey," said Deep Nishar, Managing Director, General Catalyst (lead investor)

The startup uses tech and data to source at scale and use underutilised assets in the food value chain to build a high growth and contribution margin profitable business. By digitising and incentivising the rural agri-retailer, FarMart has created a one-stop-hub for farmers to buy input and sell output in close proximity to their farms.

This alternative, asset-light food value chain eliminates the multiple transportation costs, spillages, and time effort involved for both the producer and the end-buyer.

"For us, the journey has been on since 2016. We have gone through three pivots since then. We were clear that our love was agriculture and not the idea. It was always the mission to create a transformation that can help farmers," says Mehtab Singh Hans, Co-founder, FarMart in a conversation with YourStory.

He added, "Our first model was an Uber for tractors model, but we soon realised that the biggest challenge in that was the unit economics. When it comes to farmers, they rent tractors, and they needed work with cash, that had close to a 10-day gap before we could get the collections, while we had to pay the tractor owners immediately. We then moved to a credit model, where we soon realised we were becoming a microfinance organisation that has more of a regional play. We wanted to solve a larger Indian and global problem."

It was this conviction and mission to solve for the sector at large that got the investors onboard. The company now focusses on a B2B SaaS model that works both on the supply and the demand side.

“FarMart’s SaaS-led approach has transformed the way in which farmers and agri-input retailers carry out their business. The business model innovation combined with Alekh and Mehtab’s on-ground execution has enabled FarMart to grow rapidly over the last 12 months while being profitable at the contribution margin level. We are super excited to continue to deepen our relationship with FarMart and welcome General Catalyst to the partnership,” said Sudipto Sannigrahi, Principal, Matrix India.

Today, the startup enables agri-retailers to serve their farmers better and provide them with market access by building an alternative food value chain that is transparent and financially rewarding for both farmers and businesses. It is building the world’s first operating system powering food value chains to connect Indian farmers to billions across the globe.

“FarMart is revolutionising the agritech ecosystem by enabling agri-retailers to serve farmers better and improve farmer income by providing access to information, advisory, and market linkages. Their ability to scale rapidly using technology while being capital efficient is unique and we are excited to see the key role they play in building a transparent and financially rewarding value chain for farmers and the next half billion," says Siddharth Nautiyal, Partner, Omidyar Network India.