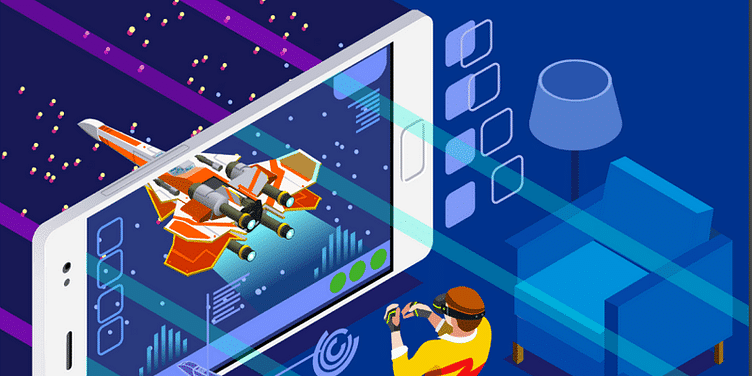 Online gaming grew 12 percent in the lockdown, according to the All India Gaming Federation (AIGF), and the growth continues. Here are five homegrown gaming startups that stand out in the sector.

The first nine months of 2020 saw India rise to the top spot in mobile game downloads worldwide, clocking 7.3 billion downloads and raking in 17 percent of the overall industry's volume, according to SensorTower.

In 2021, Indian gaming startups in India raked in investment worth $1.6 billion in the first nine months, surpassing the value of investments in the space in the recent five years, according to a report by investment banking platform Maple Capital Advisors.

There’s much more growth in store.

A KPMG report states that the Indian online gaming industry, which was worth Rs 4,380 crore in fiscal year 2018, is expected to grow at a 22.1 percent CAGR to Rs 11,880 crore by fiscal year 2023. The growth will continue to be driven by smartphone penetration and internet availability, and the stage is set for a battle royale.

Here are five homegrown startups that stand out and are vying for user attention:

Dream11 was the first-ever Indian gaming company to join the unicorn club in April 2019. As of November 24, 2021, the platform has a valuation of $8 billion after a new funding round worth $840 million.

"We have a deep-rooted passion for the problem that we’re trying to solve, a little bit of stubbornness about not accepting failure, and hopefully learning from all the failures that we continuously have," Harsh Jain, Co-founder and CEO of Dream11, said in an earlier conversation with YourStory.

It features a collection of various gaming applications with a unified wallet and native token. The brand leverages technologies like blockchain and NFT exchange to generate monetary value for gamers from next-gen gaming applications.

"We are really excited about the trust and brand value we have been able to generate with the growth of OneTo11 in the last 15 months. Our vision for OneTo11 becoming a global gaming ecosystem is coming to fruition." Ravindra Kumar, CEO of OneTo11, said in an earlier conversation with YourStory.

The startup claims to have acquired a user base of more than two million registered users and facilitated 18 million transactions in the 15 months since its launch in October 2020. It aims to introduce public sale of their 1TO11 governance token and the NFT commercial centre in the forthcoming months.

OneTo11 plans to add football, volleyball, baseball, and field hockey as dream sports, and has plans to grow in the Middle East, Europe, and American business sectors.

In January 2021, the Delhi-based startup raised $1 million in a Series A round from an undisclosed strategic investor. It has an active user base of around five to six million users, and aims to grow this user base to 150 million in the next five years.

In an earlier conversation with YourStory, Varun Mahna, Founder and CEO, Dangal Games, said, "The online gaming industry in India is surging like never before. After the pandemic, our whole platform endured an inclining power shot in acquisition and user time spent. We want to use the funds to grow the gaming ecosystem in the country, and enable more gaming tech startups with investments. "

The app offers 70+ games and has a user base of more than 90 million in India. It has a presence in over 5,200 cities and towns, with a huge user base in Tier 2 and Tier 3 cities.

In an earlier conversation, MPL Co-founder and CEO Sai Srinivas said, "With the increased consumption of e-sports in the last couple of years and it becoming as competitive as any other sport, it gives us immense pleasure to present our users with the best games to play, and enjoy their passion for gaming."

In September 2021, the startup raised $150 million in a Series E round from existing investors, including Sequoia, SIG, RTP Global and others. Its overall funding stands at $425.5 million. As of October 2021, the total valuation stands at $2.45 billion.

Today, the brand has nearly two million users, has held 12 lakh contests, and claims to have distributed Rs 120 crore in cash winnings.

"Our company’s vision is to focus on sports engagement, and we believe fantasy sports is one of the key levers of sports engagement globally," says Amit Purohit, Founder and CEO in an earlier conversation with YourStory.