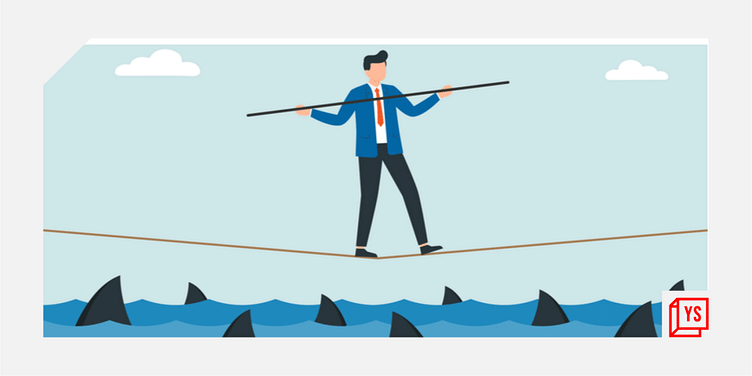 After reports of layoffs at Lido and Trell, investors caution startup founders to reserve cash for at least 12 months as fund raising in 2022 would not be as simple as 2021. Instead, dive deeper into existing projects instead of starting cash burning gambits.

Growth-stage startups are staring at a difficult funding year in 2022 as many investors have placed their big bets during the funding boom of 2021, and are now following a cautious wait-and-watch game on how their earlier bets play out before pumping in more cash.

Take the case of ﻿Trell﻿ and ﻿Lido Learning﻿, which closed their last funding rounds in July and September in 2021, respectively.

However, during the last couple of weeks, both startups have had to let go of employees as they found it difficult to raise subsequent funds.

Mumbai-based Lido Learning, which offers live tutoring and personalised online coaching sessions to students from Class 5-9 in Math and Sciences from CBSE and ICSE boards, is backed by former UTV boss Ronnie Screwvala, who runs Unilazer Ventures and is also one of the Co-founders at edtech unicorn upGrad.

On the other hand, Bengaluru-based influencer-led commerce platform Trell was on its way to raise its Series C round of $100 million from Amazon. But the deal has not gone through, and consequently, Trell is reportedly forced to let go of over 150 employees.

There is merit in highlighting that 2022 has not brought along any doomsday scenario as startups have collectively raised more than $6 billion on a year-to-date basis.

Also, compared to 44 startups achieving the unicorn status in 2021, the current year, until March 16, has seen an addition of 13 new startups to the coveted billion-dollar-plus valuation club.

But the bets are now likely to be placed at a slow pace. “At an early stage, we would still see investments happening because many investors have raised money and they would not just sit on it,” says an early-stage investor, on the condition of anonymity.

Early-stage investment heats up, and biggies want a piece of this pie

There will be more due diligence in place. However, in the growth stage, there is a larger focus on numbers, which wasn’t the case earlier, they told YourStory.

Any firm, which is looking to raise a Series B, C, or D round, could be classified as a growth stage firm.

After Zomato and Nykaa’s blockbuster listings, initial public offering (IPO) was a clear route for investors to get an exit. But getting listed in public markets also brought microscopic scrutiny on business metrics, including profitability, which is usually not the case in the startup world.

Firms operating in ecommerce, food delivery, edtech, social media, and quick commerce, among other sectors, have very high cash burn rates, and private investors are pretty used to experiencing that.

Further, geopolitical tensions have led to immense volatility in the equity markets, which has added more pain to the share prices of 2021-listed tech startups like ﻿Zomato﻿, ﻿Paytm﻿, and ﻿PolicyBazaar﻿, among others.

The loss-making nature of listed tech-startups has become a matter of debate and concern not just in domestic equity markets, but also in the developed ones like the US.

“Generally, financial prudence has come across the board in terms of cost. Firms would have to sustain and work on less-cash burning models for at least the next 12 months,” adds the investor quoted earlier.

“This is not abnormal or unusual,” says K Ganesh of ﻿Growth Story﻿, who is a serial entrepreneur and promoter of ﻿Bigbasket﻿ (now acquired by ﻿Tata Digital﻿), jewellery-maker ﻿Bluestone﻿ , and ﻿HomeLane﻿, among others.

“Startups depend on subsequent rounds of funding to keep the operations alive as they don't have positive cash flow or profitability for many years. Normally, next round fundraising should start when there is 6-12 months worth of cash left to burn,” Ganesh tells YourStory.

But often this schedule gets upset due to many factors — some within while others outside the company and founders’ control, he explains.

The pandemic-led funding crunch and the then abundance of cash in the market last year could have also upset the money-raising rhythm for many founders.

Every growth-stage firm has to invest a good chunk of money in hiring. “This is something a founder cannot slow down and even high ask rates might not come down. There is a crunch of good quality developers in India and they still have a lot of offers,” says the unnamed investor quoted earlier.

“Startups require many people and it's difficult to get people. Even if you get them, there is a 50 percent dropout rate,” says R. P. Yadav, Chairman and Managing Director of Kolkata-based ﻿Genius Consultants﻿, which specialises in recruiting and human resource consulting.

Except for pharma, IT, and food-related startups where hiring has jumped in the range of 15-18 percent, manufacturing startups that are focused on electrical and chemicals along with service-focused firms, have seen hiring reduction in the range of  10-12 percent in the last three months, according to Yadav.

However, over the next few months, hiring is likely to scale up by 18-20 percent, as offices have started opening up.

But if founders do not conserve funds, things could get pretty ugly for many startups in the growth stage.