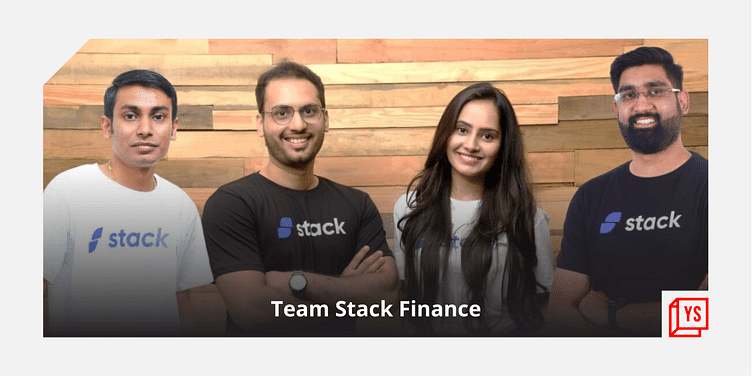 The funds raised will be utilised to introduce more investment offerings, launch India’s first wealth-based lending program, and to expand the team across various profiles.

Bengaluru-based fintech startup, ﻿Stack Finance﻿, on Wednesday announced it has raised an undisclosed amount from Hyderabad-headquartered SucSEED Indovation Fund and other marquee angel investors such as Kunal Shah, CEO of ﻿CRED﻿, as part of top up funding round.

Stack graduated from Y Combinator in 2021, and has secured $4.5 million in investments from global VCs including Goodwater Capital, Uncommon Capital, Harvard Management and Earlsfield Capital along with many other known global angels including Paul Desmarais III (Portage Ventures), Michael Katchen (WealthSimple) and Immad (Mercury Bank).

Speaking on why they have invested, Vikrant Varshney, Co-founder and Managing Partner of SucSEED Indovation Fund, said,

“Stack Finance helps simplify investing for Young India. India is home to almost one-fifth of the world population and has a literacy rate of nearly 80 percent; yet only 24 percent are financially literate. With a Total Addressable Market (TAM) of 620 million, as population in the age bracket of (18-35Y); SAM (serviceable addressable market) of 180 million in Tier-I and Tier-II Cities and SOM (serviceable obtainable market) of 78 million, there is a huge growth potential for Simplified Wealth Management solutions for millennials and youth. Stack is witnessing 100 percent MoM growth as of now and we wanted to keep backing them on the way.”

With the motto of “providing the best investing experience to everyday investors”, Stack aims to allow millennials and Gen-Z to invest for their life goals, and to help them achieve financial independence, while educating them about smart investing.

The startup boasts of 100,000+ users since its launch six months ago. With 55 percent first time investors coming from tier II-III cities under the age of 30, Stack claims that it is already creating a positive impact in the Indian financial landscape. Users on Stack have created goals worth $100 million already, and it’s witnessing 100 percent MoM growth.

“Thousands of people already use Stack to grow their money and build a better future. We are on a mission to help everyone achieve financial freedom, no matter who they are or how much they have. And we have just started this revolution, there are many more exciting offerings coming up on the app, which the entire team is excited about!

Unlike other platforms and apps filled with thousands of confusing investment options, Stack claims to cut out the noise and focuses on building sustainable long-term savings for its users. It lets beginners and busy professionals invest on their terms without having to worry about monitoring the market.

In just five mins, Stack builds a custom low cost diversified portfolio for users, made by experts, keeping their risk appetite and goals in mind, to make a fully balanced globally diversified portfolio, which is rebalanced regularly to maintain an optimal level of risk.

“We would further build on users’ goal preferences to create special and personalised offerings for our users," added Tushar Vyas, Co-founder and CBO of Stack.

Moreover, Stack has also launched India's first stock and crypto backed rewards program for its users every time they make good financial decisions and to give them a boost in their investing journey. The company is targeting to bring financial independence to one million Indians by the end of this year. Users on Stack have created more than three lakh goals and interestingly the most common being for vacation/trip.

Smriti further said, “After users answer a few questions, Stack curates the perfect investing strategy for their users using the Smart Stack Approach - based on Nobel-prize winning research. Funds raised will be utilised to introduce more investment offerings, launch India’s first wealth based lending program, and to expand the team across various profiles.”

The intelligent investing platform is also in advanced talks to raise fresh funding from new and existing investors for its next round of financing.