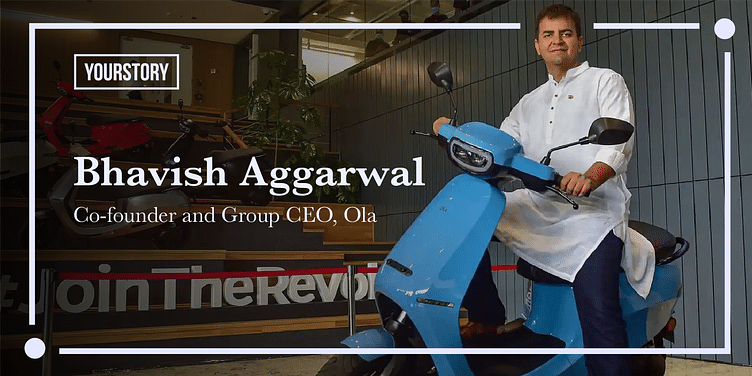 At an exclusive media visit at the Ola Electric FutureFactory, Bhavish Aggrawal showcased the autonomous vehicle the company has been testing.

After scooters, ﻿Ola Electric﻿ is now looking closely at launching electric cars. As the EV company gears up for the same, it is especially focussing on autonomous vehicles, with plans to launch them by 2025.

Showcasing an autonomous running test golf cart at an exclusive media visit at the Ola Electric FutureFactory in Krishnagiri district in Tamil Nadu today, Bhavish said the testing for the autonomous vehicle has been on for close to seven months now.

But why autonomous vehicles now, even as Ola's electric scooters have just started to be delivered? Answering the first part of the question Bhavish said,

“When we look at the future and at global standards, it is about autonomous vehicles and the top technology. We have been working to build top quality technology and the vehicles will soon be out.”

However, currently with scooters and the increased demand towards the same, and many questions on safety, will cars work? Bhavish commented,

“While we already are investigating deeply on the one incident at Pune, and will showcase our findings soon, we have the top testing and quality standards and procedures that we meticulously follow. The testing for each aspect of the vehicle has been on for over a million kilometres across different terrains, lands, and parts of India. And the testing has been done by over 15 accredited labs.”

He further added, “When it comes to building electric vehicles, why do we assume that we can’t do both? We have worked hard to build strong safety standards and create world class quality. We are a mission driven organisation that aims to build from India for the globe.”

While on the short test of the golf cart, the team explained that the cart currently has motion sensors that detects objects before it, and stops the vehicle. It also reduces speed, picks up speed and makes easy turns.

Currently, the autonomous vehicle is run by ﻿Ola﻿’s internal servers, but the team is working to build the vehicle that can go at speeds higher than 20 km.

“It is too early to comment on anything else, but we will start with some part of autonomy to the vehicle and keep developing it further,” said Bhavish.

An autonomous car, also known as a driverless vehicle, is a vehicle capable of sensing its environment and operating without human involvement.