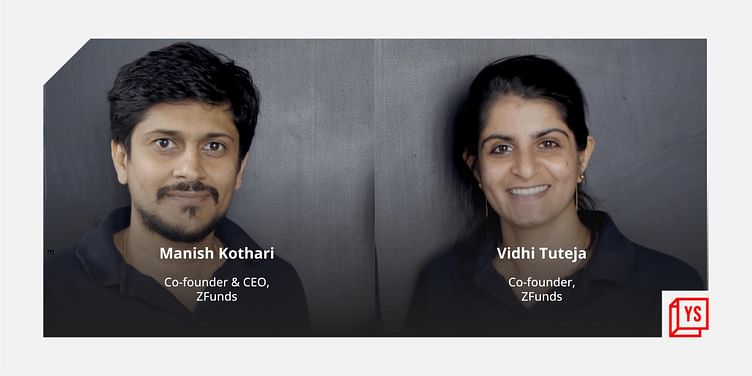 Gurugram-based mutual fund distributor platform ZFunds has a network of 3,200 sub-brokers. The startup is targeting the bottom-most 500 districts of India.

Shyam, a grocery shop owner in Basti district of Uttar Pradesh, has been investing a fair share of his daily earnings into chit funds, informally known as kuri or kitty. Though the 42-year-old is mindful of savings, he has little to no knowledge of investments—beyond such informal schemes—that can serve as a credit source during his time of need.

But an advertisement by the Association of Mutual Funds in India (AMFI) intrigued him, which features cricket legends Sachin Tendulkar and Mahindra Singh Dhoni with the slogan, “mutual funds sahi hai” (mutual funds are right).

Open to learning more and maybe even invest, Shyam continued to think about investing in mutual funds (MF) until he was approached by one of his community members, who helped him understand MFs. The trust factor, education, and accessibility of the financial product via a familiar face turned Shyam into a first-time MF investor.

With about 3,200 such on-ground agents, ﻿ZFunds﻿ is looking to take MFs—typically clipped with urban demographics—to non-metros and smaller regions.

“People in smaller districts have the appetite for risk and want to invest in MFs. The problem is accessibility. They need a human interface to help them understand these products and handhold them through the journey. DIY (do it yourself) doesn’t work here. You need to take these products to their door through a local person they trust,” Manish Kothari tells YourStory.

Gurugram-based ZFunds was launched in 2019 by Manish and his former colleague at Paisabazaar (a PolicyBazaar group company), Vidhi Tuteja. They were recently joined by a third co-founder and Chief Technology Officer (CTO) Yogesh Yadav.

ZFunds started out by connecting with existing independent MF distributors in the country and over time, got retired bankers, advisors, LIC and chit fund agents and Chartered Accountants (CAs) on board by helping them get the required certification. These sub-brokers connect with people in their community through WhatsApp groups and market the MFs to invest in. Almost 40-45 percent of customers have been acquired through WhatsApp, reveals Manish.

Based on the customer’s profile, corpus, and requirements, the licensed agent makes suggestions and helps them invest. The entire process—including onboarding, KYC compliance, order placement, payments, and tracking portfolio—is executed through the ZFunds app, which works with about 42 Asset Management Companies (AMCs).

The process is completely paperless. Agents can manage the clients, portfolios, and their social media channels through the app while the customers also use the same to look at their transactions, fund details, investment documents, net corpus, and so on. Two separate interfaces have been made for agents and customers.

“SIP has also been an urban salaried concept. We have conceptualised this specifically for people residing in small towns who want to invest and earn on a daily basis instead of having a monthly income,” says Manish. The minimum investment amount is Rs 100.

Like any other MF distribution entity, ZFunds earns commissions (roughly 1-1.25 percent) from the AMCs or the instrument issuers. The startup claims to pass on almost 60 percent of the commission earned to the agents.

Currently, it has about 20,000 customers and 3,200 agents across 458 districts. Its maximum demand comes from Uttar Pradesh, including Varanasi, Lucknow, Basti, and Ghazipur, and Maharashtra, while there is growing traction from West Bengal, Assam, Bihar, and Rajasthan.

The startup clocked a revenue of Rs 2.6 crore in FY22 and stands at a monthly SIP book of Rs 4.5 crore and Assets Under Management (AUM) in excess of Rs 350 crore. The co-founder claims that the app registers an average of 3,000 SIPs on a daily basis, with 10-12 new sign-ups every day, adding that ZFunds is profitable at the unit level.

[Product Roadmap] With a presence in 200 cities, how Nivesh is using tech to win tier II and III India

Bridging the supply side challenge

On the myth of low “risk appetite” of salaried or self-employed people residing in smaller regions, Manish says, “It is not a problem of risk. Chit funds are equally risky but are familiar to people as they have been around in these regions among communities for years. The bigger problem with financial products is on the supply side. The distribution system is broken.”

According to 2021 data by AMFI, there has been growing investment participation from semi-urban regions, including Jhumri Telaiya, Tezpur, Gangtok, Vellore, and Srinagar. Towns outside the country’s top 110 cities saw their share in industry AUM jump from 10.21 percent in June 2020 to 15.44 percent in June 2021, a 50 percent surge over one year.

Almost 90 percent of the startup’s daily SIP customers do not come from the top districts, but from smaller regions, says Manish. “There has to be a physicality involved in financial transactions in these regions. This comes from our network of local agents.”

The majority of people in smaller regions prefer to park their earnings in low liquidity products like fixed deposits, gold, insurance and real estate. The stance, though in extremely low volumes, is gradually changing.

In order to bridge the literacy gap, the startup has launched two YouTube channels—ZFunds for consumers and ZFundshala (for agents)—that have around 77,000 and 3,000 subscribers, respectively. The channels have been integrated with the app and curate educational videos around topics like how to choose mutual funds, risks involved, how to get distributor certification, how to buy and sell SIPs, and so on.

[App Fridays] This ‘Made in India’ app helps grow your money by investing in mutual funds, stocks, gold, and more

Banks like HDFC, SBI, and Axis remain the top mutual fund distributors in the country followed by wealth management services groups like Prudent Corporate Advisory and Surat-based NJ India Invest. These firms follow a similar sub-broking model where individual distributors have tie-ups with them to execute transactions and manage the business.

A slew of small to medium platforms has also come up in the space, including ZFunds, Nivesh, AssetPlus and Wealthbucket, which are going after users in non-metro areas to sell MFs.

“Mutual fund distribution is grossly under-penetrated in India with one distributor for every 17,000 potential investors. This is coupled with the growing interest in the asset class among people in the semi-urban regions. This leaves space for multiple players to coexist in the market and tap the first-time investors,” says Manish.

The startup also faces indirect competition from digital investment platforms like ﻿Groww﻿, ﻿Kuvera﻿, Coin by Zerodha, and ﻿Paytm Money﻿. However, these companies have a different target audience.

The 45-member team plans to cross-sell financial products like digital gold, insurance and Fixed Deposits (FDs) in the near future and offer slightly more sophisticated investment products like bonds to the ‘semi-urban affluent’.

ZFunds also plans to introduce regional languages on the app, which has 10,000 downloads on the Google Play store.

“We want to be the Mother Dairy of financial services. We aim to build a network of 15,000 agents and touch over 3 lakh customers in the next two years, with a revenue of Rs 25 crore,” the founder signs off.

The story was updated to reflect the latest number of subscribers on the company's YouTube channel.