Why D2C startup Plaeto is focusing on school shoes 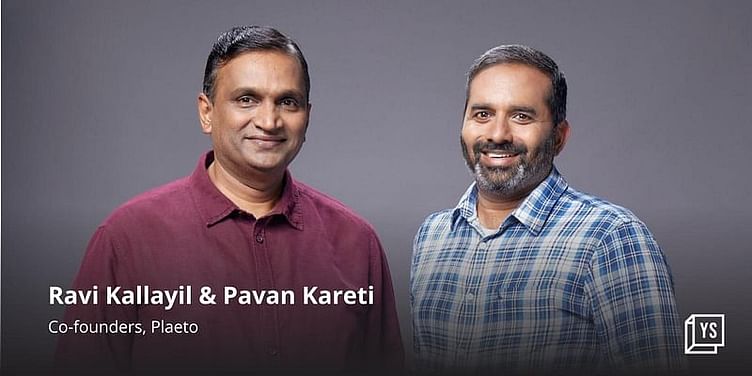 Incorporated in 2020 by former Nike executives, D2C startup Plaeto sells children's shoes and has tied up with more than 30 schools in Bangalore and Chennai.

Parents and teachers want children to stand on their own feet, but not much attention is paid to the black lace-ups bought every summer during back-to-school shopping.

“It is usually about getting a pair a couple of sizes bigger because children’s feet keep growing,” says Ravi Kallayi, Co-founder and Chief Executive Officer (CEO) of D2C shoe startup ﻿Plaeto﻿.

But would they be willing to be in their shoes, six hours a day, day after day?

The question sparked a quest and in 2020 led Ravi to launch Plaeto, a kids-focused shoe brand, along with Sara Kilgore and Pavan Kareti, his colleagues and friends from his nine-year stint at Portland-based sports shoes giant Nike.

The man who cycled on seas and invented shoes to walk on water, way back in the 80's

Ravi, who holds an MBA degree from University of Pennsylvania, was the programme director for Nike’s African market between 2012 and 2013. He and his co-founders worked on the designs and the formula for their first shoe model.

“During this time we were trying to figure out a way to make good quality shoes at affordable prices for the African market. We did figure out a way, but the plan did not take off at the firm,” he recalls.

“Children have growing feet. And it is normal for parents to buy bigger shoes. But the strategy is not very good and could affect feet in the long run because the foot placement is not correct while walking, Ravi says.

The 12-member team did research, collecting data from more 500 kids in India and speaking to about 100 parents.

Plaeto consulted material and engineering scientists from India, Italy and Taiwan, and developed FitSystem, in partnership with FindMeaShoe, which uses artificial intelligence and machine learning to recommend the best-fitting shoes for every child.

Their product range includes a Fitliner, which is similar to an insole and can be peeled off when the child’s feet grow, giving an additional ½ size and increasing the product’s use by two to six months.

Ravi says this product does not compromise on the fitting. The team also developed Plaeto 365, which has a midsole that provides support and comfort and accommodates long hours of playing and running for at least a year.

These products were launched in mid-2021 as the COVID-19 pandemic had delayed procurement, manufacturing, distribution, and other processes.

The startup also found it challenging to find third-party manufacturers as their specifications differed from regular shoes. Currently, the products are manufactured in Coimbatore.

The fact that schools were closed due to the lockdown meant sales were few. Ravi and his team decided to use the time to reach out to parents and schools, and started sessions to create awareness about the importance of good shoes for kids.

“It was not an easy task. We had to pitch our products to many schools and explain the importance of quality school footwear as children wear these shoes for six to eight hours a day,” he says.

A couple of schools allowed the startup to set up stalls in their premises, which gave the team a foot in the door.

Plaeto began by selling via school tie-ups. It now retails through online marketplaces such as Myntra, Amazon and Flipkart, but the direct-to-consumer (D2C) channel comprises about 15-20 percent sales. The rest of their sales comes from school tie-ups.

The startup has joined hands with about 30-40 schools in Bengaluru and Chennai, and plans on partnering with at least 100 schools by the end of FY23.

The D2C brand had approached cricketer Rahul Dravid to be their brand ambassador, but he joined the firm as an advisor. The former Indian cricket team captain is not an investor in the company.

As per industry reports, the Indian footwear industry for children is estimated to reach Rs 131.1 billion by 2025, growing at 7.7 percent CAGR.

Plaeto currently competes with the likes of Liberty, Paragon, Bata, Nike and Puma, among other kids-focused footwear brands.

Going forward, the startup wants to focus on metro cities, and is eyeing Delhi, Mumbai, and Hyderabad. The firm is also seeing demand from Tier II and Tier III cities.

By the end of 2022, the firm wants to expand its D2C clientele so it notches up 50 percent sales from digital channels.