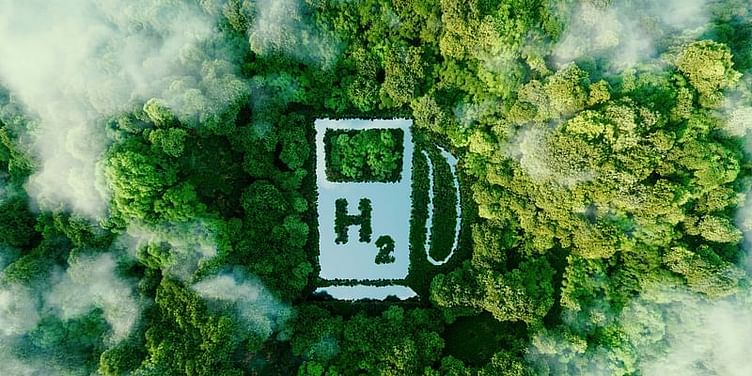 After spending close to a decade studying and working in Europe, Prasanta Sarkar and Rochan Sinha returned to India to find the cities they’d grown up in dirtier, polluted, and more prone to sudden heavy flash rains than ever before.

Prasanta, whose father worked in ONGC, India’s largest crude oil and natural gas company, had always been fascinated by energy, machines, and hardware. On the other hand, Rochan, who hailed from a family of doctors, had previously worked in developing technology for renewable energy systems such as solar fuel devices back in the Netherlands while pursuing his PhD.

With problems of their hometowns heavy on their minds, when they met at the offices of Entrepreneur First, a global platform that helps startup founders connect with each other, it was almost serendipity, especially their synchronous backgrounds.

"We realised these problems due to climate change were happening now and we couldn't afford to wait for another 10 years to do something about it," Prasanta tells YourStory, adding the duo hit it off instantly, motivated by their need to address the climate crisis.

The two founders started working together to develop new battery and electrolyser technology for companies — something that was cheap and readily available. However, they realised they were on to something big only after they produced the electrolyser for a much cheaper price than what was available in the market.

They then decided to deploy it in the production of green hydrogen, and set up ﻿NewTrace﻿ in October 2021.

Among its myriad uses, hydrogen plays a vital role in the refinement of oil, formulation of fertilisers, and production of steel.

A majority of the hydrogen produced globally today is from natural sources, such as gas or coal—called grey hydrogen—which leads to the emission of 900 million metric tonnes of carbon dioxide into the atmosphere, according to a report by the International Energy Agency.

You can’t live without hydrogen because it’s essential in the oil, steel, food, and fertiliser industry, but you also can’t live with it, in a sense.

However, there is a way to reduce this emission—by producing “green hydrogen”, which is basically hydrogen produced from cleaner sources, renewable electricity, and water. Green hydrogen is produced by a process called ‘electrolysis’, which splits water into hydrogen and oxygen molecules.

The problem is that while, environmentally, this is a much cleaner and more sustainable method of producing hydrogen, it is also quite expensive, inefficient, and not easily scalable.

This is what Prasanta and Rochan set out to solve—making the production of green hydrogen cheaper, efficient, and scalable.

The electrolyser technology they’d created provided them with a jumping-off point.

They theorised that, in order to bring down the set-up costs needed to produce green hydrogen, they’d have to do away with expensive materials and components. The electrolyser they finally ended up designing did just that, and even went one step further by using 70 percent fewer materials than their traditional counterpart used.

The end product was cheaper, easily deployable, and could easily be manufactured, en masse, without human intervention.

At a nearly 50 percent cheaper rate, green hydrogen costs almost as much as natural gas and coal-based hydrogen, he adds. By 2027, the founders aim to bring this further down to $1 per kilogram, from $2.5-$6 per kilogram currently.

Newtrace essentially sells its proprietary, patent-pending electrolysers to companies looking to set up their own green hydrogen production plants, as well as a few other value-added services including maintenance.

Currently, its electrolysers are priced at $1,000 per kilowatt, the deployment of which can immediately result in a nearly 5X reduction in capital and operating expenditure for companies, Prasanta claims.

The startup has raised $1 million in Pre-Seed funding from Speciale Invest and Micelio Fund so far, and is pre-revenue. It says it is in advanced discussions with leading Indian and global oil refining companies to pilot and deploy its technology.

"Hydrogen is increasingly being looked at for long-haul mobility, steel, cement, semiconductor, and food processing industries for decarbonisation, and it is anticipated that its demand will rise by 2-3X in the next decade," Prasanta says.

Newtrace’s target markets are India, Europe, and the US, "especially the unsexy and polluting industries such as refineries, ammonia and methanol manufacturing" industries. The Bengaluru-based startup also wants to expand into providing long-term storage solutions for green hydrogen in the future.

In February, the government of India unveiled a green hydrogen policy which outlined a roadmap for the country to become a global hub for its production and exports. It highlighted sectors that could switch to green hydrogen voluntarily, as well as set in place a timeline for sectors such as oil and gas and fertilisers to switch to green fuel compulsorily.

Following the news of the green hydrogen policy, Reliance and Adani announced mega projects to set up these manufacturing units in India. Adani has inked a deal with Total Energies—one of the world’s largest green hydrogen companies— and said it would invest $50 billion in the space over the next 10 years, while billionaire Mukesh Ambani said Reliance would invest $75 billion in renewables infrastructure.

India’s largest oil firm IOCL has partnered with L&T and renewable energy company ReNew to set up green hydrogen plants in the country.

The demand for hydrogen in India is expected to increase fourfold by 2050, according to a research report by the NITI Aayog and Rocky Mountain Institute, and the only sustainable way to meet that demand is green hydrogen.