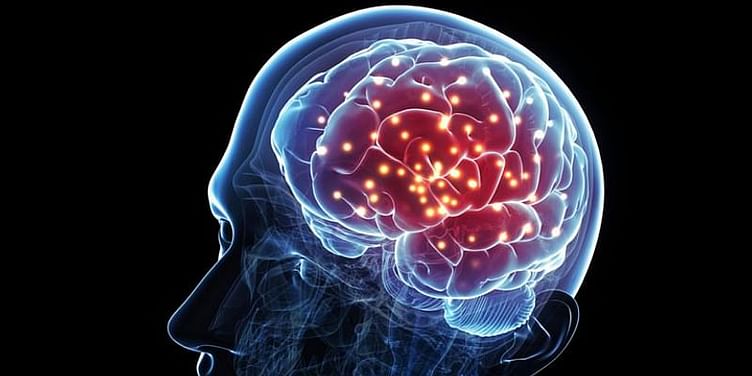 It took five pivots, numerous iterations, and a lot of hard work for Sridhar Ranganathan, Karthik Mahadevan, and their team to get B2Brain to where it is now.

Sridhar and Karthik were trying to build a “business graph”—given that there were only company-specific directories and social media networks that were people-specific and not B2B (business-to-business)-oriented.

After having worked together at InMobi, Sridhar and Karthik started Credibase in 2013, where they tried to solve the top-of-the-funnel stage problems of sales teams.

“We’ve had a bunch of learnings from not hitting the product-market fit at Credibase. And those learnings have served us well,” says Sridhar, Co-founder and CEO of ﻿B2brain﻿.

The duo rebranded the product and company to B2Brain in early 2021. The Bengaluru-based startup is an account intelligence product that helps sales representatives with specific insights that would help them sell better to their customers.

Credibase went through a series of iterations before it ran out of money. However, the team stayed together and was committed to building something that would be of value in the B2B space. Several failed experiments later, the team saw what appeared to be green shoots in the form of companies rapidly scaling their sales teams in 2019.

What puzzled Sridhar was that despite having a customer relationship management tool, a sales engagement platform, and account and contact data sets, sales development representatives (SDRs) kept cribbing about not getting good engagement from prospects.

Multiple conversations with SDRs nudged him towards the basis of B2Brain in its present avatar.

SDRs typically spend a lot of time on Google to find that one nugget of information that would be useful to their potential customers. Most sales representatives cannot invest much time in researching potential customers. This is typically the case for outbound enterprise sales motions and may not apply as much for inbound sales or for companies with small-ticket customers.

“SDRs selling to enterprises need to speak their language to get their attention. They need to understand their business and focus on that instead of speaking about their software and features. It calls for a different level of preparation, maturity, and understanding on the part of the SDR,” says Sridhar.

“This made me think there must be a smarter, better, and easier way to do this,” he adds.

Sridhar then decided to work with some of the customers of Credibase. There were about 18-20 reps from five to six companies, including Chennai-based software-as-a-service (SaaS) company Freshworks and Gitlab, a DevOps platform.

The reps would send a list of accounts they were targeting, and Sridhar would do research on those accounts and send across his summaries. In addition, he would travel to Freshworks and spend time with the SDRs at the SaaS company. He would compare the Indian SDRs’ pain points with those faced by their counterparts in the US. He would then hand over his notes to the team, who would then work on the product iterations.

In late 2019, one of the reps Sridhar had been working with told him that a piece of information in one of his Excel summaries helped him in his prospecting. The Boston-based rep got to know that the company he was selling to had been acquired, and the decision-making powers had shifted to the acquiring company. If not for this piece of information, the rep said he would have continued to bark up the wrong tree.

This was Sridhar’s first ‘aha’ moment. The idea received validation when he started getting similar messages from reps from different companies. Since the SDRs already use a host of tools, Sridhar’s team thought it wouldn’t be prudent to have another one added to their lists. “If you’re the sixth tab, you’re no more,” he says.

Sridhar and his team decided to build something that would be integrated into the workflows of SDRs.

The first version of B2Brain was a plug-in on Outreach, a sales execution platform, launched in early 2020. The team also built an extension to be used on sales engagement platform Salesloft.

Soon, B2Brain’s extension started receiving traction. Finally, after wading through some rough waters, the ride seemed smoother. But suddenly, Sridhar noticed that their website traffic had tanked. It stood at just 10% of the previous week’s numbers. COVID had hit.

As a counter to the forces of nature, the team decided to list its plugin on Product Hunt, an American website, to share and discover new products, in mid-April 2020.

“We received fantastic feedback and a lot of engagement in one day. We missed the top five by one slot or something like that, but a bunch of people started trialling the product,” says Sridhar.

The product was available as a plugin to be used only on Outreach and Salesloft platforms at that time. About a couple of weeks later, in May 2020, a client from New York wanted to subscribe to the product. This was when Sridhar realised that if somebody was willing to pay them, they had crossed a significant chasm.

What started as a trickle has now turned into a steady flow of customers. Sridhar believes it is only a matter of time before it turns into a flood.

About three-fourths of B2Brain’s customers are in North America, its main geographical focus, while the rest are based in India.

Notes to match the pitch

B2Brain’s go-to-market is a work in progress. However, Sridhar says, the number of iterations over a period of time has helped them define their target market precisely—at least at this point in time. The team of 12 is specifically betting on vertical SaaS companies that sell to enterprises.

Essentially, B2Brain is targeting companies that are looking to digitally transform large, traditional companies in industries such as supply chain, logistics, transportation, warehousing, and retail management.

Sridhar is quick to point out that large, conventional businesses do not have as large a digital footprint as their much younger, Internet-savvy counterparts, and therefore, it becomes even more crucial to gather contextual information that would be useful for SDRs.

“For instance, companies such as Fourkites, Project 44, Flexport, and Stord are going after $100 billion TAM (total addressable market). Their cost of sales is roughly 4%. That’s the TAM we’re going after,” says Sridhar.

The startup has built its product using machine learning and natural language processing, which it is looking to patent. B2Brain gathers data points from publicly available information about a particular company and customises results to users based on the account they are targeting and the software they are trying to sell.

“We are basically replacing the status quo of having to Google and going through tonnes of links and long PDFs. We would surface it (contextual information) within your CRM with just a few clicks. This is the core problem we are solving,” says Sridhar.

There is a human element involved in the curation and review process to figure out if relevant information is being shipped out to the users on an ongoing basis, given that the language spit out by the machine may be lost in translation.

Though it’s difficult to make generalised calculations in terms of how B2Brain’s customers benefit, Sridhar says the effect is seen on their sales pipelines, the sales quota achieved, and the average size of deals.

According to a report by Pavillion, eight out of every 10 SDR teams missed their quota in 2020—a level unchanged from the previous year. Sridhar believes that B2Brain can help sales reps minimise the research time and focus on their customers to achieve their quota.

The Bengaluru-based startup raised $1 million in a seed round from Ideaspring Capital and Arka Venture Labs in August 2021.

Some of the companies working in the similar space include Palo Alto-based CloseFactor and Seattle-based Relevvo. But Sridhar seems unfazed by the competition.

“It will be good if people start thinking along these lines. I believe the more such companies come up and focus on the problem, the more they would be validating the problem. Competition is a great opportunity that can possibly be a threat. But well, you really got to grow the pie,” he says.

(This story has been updated to correct a factual error.)