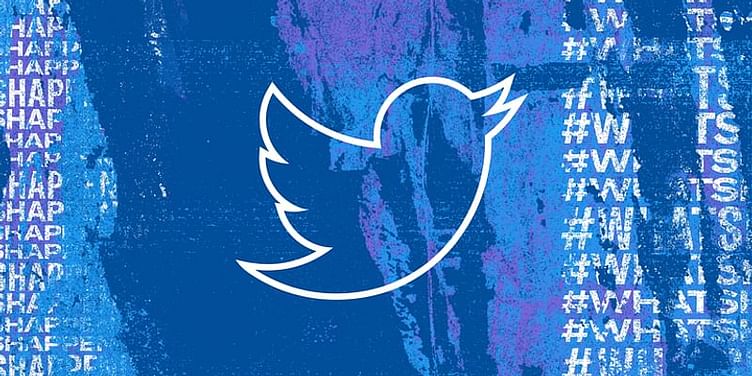 On October 28, Twitter confirmed in an SEC filing that the merger between a Musk-owned entity and Twitter Inc was finally completed at the original price of $44 billion.

Billionaire entrepreneur Elon Musk closed his $44 billion acquisition of social media firm ﻿Twitter﻿ on Thursday. Shortly after, Musk, who has over 110 million followers, tweeted, “the bird is freed.”

He is the Chief Executive Officer (CEO) of ﻿Tesla﻿ and ﻿SpaceX﻿, founder of The Boring Company, and co-founder of Neuralink and OpenAI. Now, he has added another company to his growing business empire—Twitter.

The long-drawn-out deal took several months to close after a lot of back-and-forth from both parties. Here’s how the Musk vs Twitter saga unfolded:

In late March, Musk posted a Twitter poll asking if Twitter’s algorithm should be open source. The majority of the people said yes. A few days later, with another poll, he tweeted, “Free speech is essential to a functioning democracy. Do you believe Twitter rigorously adheres to this principle?” Most respondents voted in affirmation.

This led Musk to give “serious thought” to create an alternative to Twitter in a bid to restore free speech. This was the first of many indications that Musk intended to change the way Twitter was run.

Is a new platform needed?

On April 4, a filing with the SEC revealed that Musk had bought a 9.2% stake in Twitter, making him the platform’s largest shareholder. The news led Twitter’s shares to soar as much as 16% in pre-market trading.

Musk was offered a seat on Twitter’s board a day later, according to a tweet by the then Twitter CEO Parag Agrawal, who added that Musk’s passion and views on the platform are crucial to the company.

I’m excited to share that we’re appointing @elonmusk to our board! Through conversations with Elon in recent weeks, it became clear to us that he would bring great value to our Board.

However, on April 11, he announced that Musk will not be joining the board. Agrawal, in his note, said that Musk backed out on the morning of April 9, hours before the appointment was meant to be official, and did not give any concrete reason for the U-turn. This was the first sign of a rollercoaster ride that was to follow.

Elon has decided not to join our board. I sent a brief note to the company, sharing with you all here. pic.twitter.com/lfrXACavvk

In an interesting turn of events, Musk offered to buy the micro-blogging website for $44 billion ($54.20 per share) on April 14, an SEC filing revealed. He said that although he finds immense potential in Twitter to be the platform for free speech, the company will “not thrive nor serve this societal imperative in its current form,” and that Twitter needed to be converted into a private company to achieve the goal.

A day later, Musk reiterated that if the offer, which was at a 54% premium, was not accepted, he would have to reconsider his position as a shareholder. The move rattled Twitter's board and prompted it to adopt a poison pill defence in an attempt to prevent a hostile takeover.

Although this gave Twitter an opportunity to hold off on the deal, the company also faced shareholder pressure to negotiate a deal with Musk.

Finally, on April 25, Twitter accepted Musk’s $44 billion deal and said it would become a privately held company upon completion of the transaction.

On May 4, Musk replied to a user who asked if Twitter would continue to remain free, saying that it will always be free for casual users, but may charge a “slight cost to commercial/government users.”

Musk said at a Financial Times conference on May 10 that he would reverse Twitter’s ban on former US President Donald Trump—another major indication of his intentions to reverse major Twitter policies.

But on May 14, Musk put the deal temporarily on hold, stating that he would need full details of the prevalence of spam/fake accounts on the platform. He added that his team would conduct a random sampling of 100 followers of Twitter’s own account, and urged users to do the same. This is an extension of Musk's tweet from April 22 which said, “If our Twitter bid succeeds, we will defeat the spam bots or die trying! And authenticate all real humans.”

The following weeks saw friction between Musk and Twitter grow. Musk had second thoughts about the deal and accused Twitter of not complying with his requests for information on spam accounts. Agrawal too took to his social handle to express Twitter’s views on the subject, including details like how the site suspends “over half a million spam accounts every day, usually before any of you even see them on Twitter”.

The growing feud resulted in Musk terminating the deal on July 8, owing to Twitter’s failure to disclose vital information related to spam accounts on the platform in response to Musk’s repeated requests.

The Twitter Board is committed to closing the transaction on the price and terms agreed upon with Mr. Musk and plans to pursue legal action to enforce the merger agreement. We are confident we will prevail in the Delaware Court of Chancery.

On July 12, Twitter sued Musk for violating the deal and asked the Delaware Court of Chancery to complete the merger at the agreed terms and expressed its commitment to ensuring the deal goes through.

Twitter reported a 1% decline in revenue to $1.2 billion in the April-June quarter and blamed the drop on the uncertainty caused by the takeover, among other reasons.

Later in the month, Musk retaliated with a countersuit against Twitter, alleging that the company committed fraud, breach of contract, and violation of a securities law in Texas.

The Delaware court said that the legal dispute will go to trial in October 2022.

Hereafter, Musk made multiple attempts to delay the deal. Towards the end of August, he sent a second notice to Twitter stating that the Washington Post’s report on a Twitter whistleblower’s allegations regarding lax security practices and the actual number of bot accounts is likely to further negatively impact the acquisition.

If Twitter put as much effort into bot/spam removal as they do into subpoenas, we wouldn’t have this problem in the first place!

On September 10, Musk sent a third notice regarding severance payments of over $7 million made to the whistleblower. He also proposed a new timeline that would push the week-long trial to late November. However, the court rejected the appeal stating that any further delay would harm Twitter.

Surprisingly, Musk agreed to buy Twitter on October 4 just days before he was set to be interviewed under oath by Twitter’s lawyers. The court eventually gave both parties until 5 pm on October 28 to complete the deal.

Buying Twitter is an accelerant to creating X, the everything app

Over the next few days, Musk made dramatic moves. A Washington Post report suggested that Musk was planning to lay off as much as 75% of Twitter’s workforce. Musk later visited the Twitter headquarters carrying a porcelain sink and reportedly informed employees that he does not plan to let go of 75% of staff.

Finally, on October 28, Twitter confirmed in an SEC filing that the merger between a Musk-owned entity and Twitter Inc was complete at the original price of $44 billion ($54.20 per share).