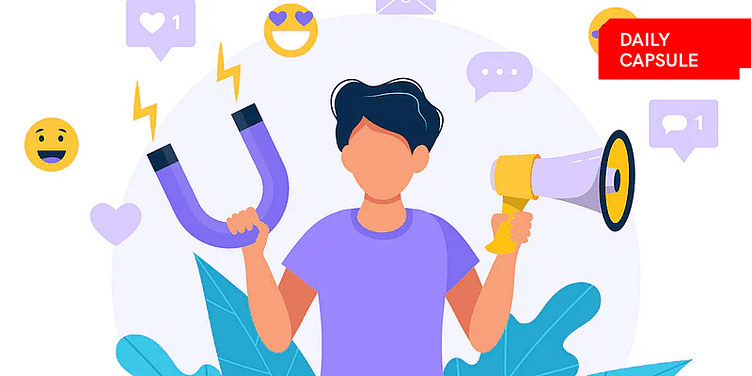 Influencers are ruling the roost this festive season. A consumer insights report by Meta showed that 80% of Diwali shoppers this year engaged with influencer-led content on its platforms.

The Karnataka government has warned ride-hailing platforms that vehicles operating “illegally” will be fined Rs 5,000. This comes after the state’s transport department issued notices to app-based aggregators like ﻿Ola﻿, ﻿Uber﻿ and ﻿Rapido Bike Taxi﻿, directing them to stop their autorickshaw service, terming it “illegal”.

In other news, Google is getting on the crypto train! At its Cloud Next conference, the tech giant announced a partnership with Coinbase, saying that it will let some customers pay for cloud services with cryptocurrencies starting early 2023.

Meanwhile, as the pound’s value drops dangerously close to that of the US dollar, here’s a look at how the two currencies have fared since 1945.

Specifically, how the sterling pound has lost its value over the years.

Here’s your trivia for today: Where was the first Hard Rock Cafe opened?

Influencers are ruling the roost this festive season. A consumer insights report by Meta showed that 80% of Diwali shoppers this year engaged with influencer-led content on its platforms.

This is why brands are investing heavily in influencer marketing this year, with ﻿One Impression﻿ Co-founder and CEO Apaksh Gupta estimating that the influencer budget of brands has increased to 25-30% from 10-15% earlier.

In all likelihood, India is going to have the second-largest online shopper base after China by 2022, displacing the US, according to a report by Flipkart and Bain & Co.

The Indian e-retail industry is not just growing but its growth is accelerating. The ecommerce market, estimated to be $40 billion in 2021, is expected to reach $50 billion in 2022, said the report.

Playing football for a cause

All eyes are on Qatar as it prepares to host the FIFA World Cup 2022 but a group of nine girls from Chennai are borrowing some of that limelight to highlight challenges faced by millions of street children around the world.

They are participating in the fourth edition of the Street Child World Cup (SCWC) organised on the sidelines of FIFA by UK-based non-profit Street Child United.

From streets to Soccer:

Where was the first Hard Rock Cafe opened?