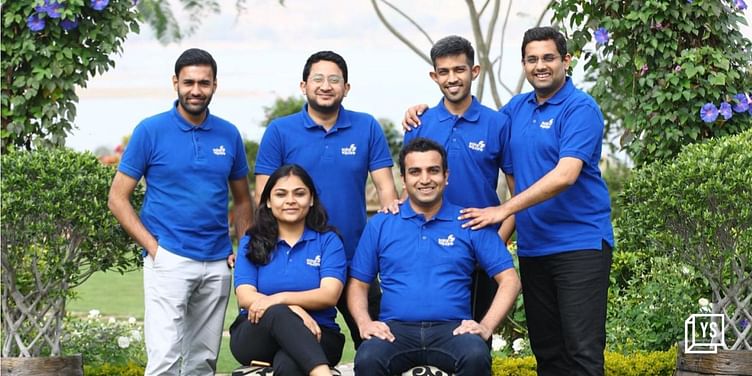 The round also saw participation from other existing investors, including Good Capital, Rainmatter, and angels Vidit Atrey and Sanjeev Barnwal (﻿Meesho﻿).

The latest capital infusion comes five months after the startup raised its seed round worth Rs 30 crore led by Good Capital.

The three-year-old startup, which enables consumers to install and maintain rooftop solar systems, plans to deploy the funds towards strengthening its embedded solar financing proposition by getting an NBFC licence in the near future. At present, it offers instant loans for solar rooftops via its NBFC partners.

“We plan to start the application process in the coming months. Having our own NBFC will allow us to offer point-of-sale long-term loans to consumer, which would make the product more affordable and economical. Short-term EMIs for solar rooftop projects turn out to be expensive, and hence, we aim to innovate on the same,” co-founder Shreya Mishra told YourStory.

The upfront cost of installing a solar rooftop plant (typically 3-4 kilowatts) at homes comes to around Rs 2 lakh. This one-time cost turns out to be challenging, and hence, the need for cheap financing solutions/loans is a necessity for solar rooftops to pick up in India.

Serving six markets, including Bengaluru, Delhi, Gujarat, Hyderabad, Madhya Pradesh, and Maharashtra, the startup also plans to expand its reach pan-India in the next 18-24 months, besides launching two apps for consumers and merchants (installation and sales partners), respectively, for monitoring solar electricity generation.

Founded in 2015 by IIT Bombay alumni Neeraj Jain, Shreya Mishra, and former Panasonic executive Nikhil Nahar, SolarSquare was bootstrapped till 2020 as a commercial rooftop solar solutions provider. Later, the startup decided to pivot into the consumer residential solar segment (B2C) and made its first installation in September 2020.

The startup procures rooftop solar panels and inverters from third-party vendors, designs them at its in-house facility, and installs them as per consumer requirements, besides offering after-sales service.

“Its like IKEA. The set up is completely modular and standardised. There is no separate requirement for different roofs. The design takes place at our in-house facility and the assembly happens at the roofs. We have managed to reduce the whole project installation timing from typical three-five days to maximum eight hours,” the co-founder added.

The startup charges a lump sum fee from the consumers and also assists them with availing of government subsidies. While it can install solar plants, starting from 3 kilowatts to 50 kilowatts (large villas), almost 95% of its demand comes for less than 10-kilowatt plants, especially in urban areas.

According to Shreya, the company claims to have sold solar systems to around 5,000 homes. It plans to break even in the next 18-24 months and grow almost 3X in 2022.

Chris Sacca, venture investor and founder of climate-tech fund Lowercarbon, said, “Solar is now much cheaper and cleaner than digging up and burning old dinosaur bones. So, putting it on your roof just makes sense, especially in a part of the world with as much sun as India. But getting panels installed wasn’t always easy. We backed Shreya, Neeraj, and Nikhil because they have cracked the code on hassle-free rooftop solar.”

"The founders' customer obsession and in-depth experience in the solar industry position them very strongly to become a leading company in the Indian climate tech arena, and we are thrilled to partner with them on this journey,” he added.

According to Mordor Intelligence, the Indian rooftop solar market is expected to record a CAGR of over 15% during 2022-2027.