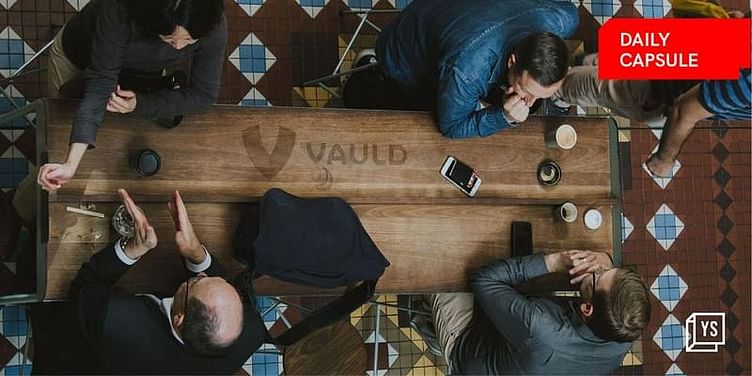 Vauld’s Creditors Committee is assessing three potential solutions for a bailout, while not ruling out an acquisition by Nexo if the bankrupt company’s liabilities can be reduced to an “acceptable level”.

Strap yourselves in as TechSparks is back, and this time, in the flesh and blood!

YourStory's annual flagship startup-tech summit will host the who's who of the Indian startup ecosystem from November 10 to 12.

The Chief Guest this year is none other than Honourable Finance Minister Nirmala Sitharaman. We have planned three days of conversations, debates and insights that give a glimpse into the future of tech in India.

Listen to key stakeholders of the startup ecosystem like Deepinder Goyal of ﻿Zomato﻿, Bhavish Aggarwal of ﻿Ola﻿, Mabel Chacko of OPEN Financial Technologies, and Shailendra Singh of Sequoia Capital, and many others, as they decode the next epoch of India's tech journey.

You can buy tickets for TechSparks 2022 here.

Oh, and this company wants robots to generate their own code!

Planet of the machines, and all that jazz.

Here’s your trivia for today: How many spots are there on a full set of 28 dominoes?

These are busy days for Singapore-headquartered cryptocurrency exchange ﻿Vauld﻿ as its creditors committee considers plans for restructuring and a bankruptcy option.

As per the minutes of the meetings accessed by YourStory, Vauld is also considering a potential sale to Nexo, giving creditors about 100% of their payouts, as well as extending the moratorium by another three months.

﻿﻿Freshworks﻿﻿, the San Mateo-based software company with roots in Chennai, said its revenue grew to $128.8 million in the third quarter of 2022—a 33% increase from the third quarter in 2021. The growth is 37% on a constant currency basis.

The increase in revenue was mainly due to an increase in new customer acquisition in the July-September period. Overall, Freshworks has over 61,000 customers now.

Despite digitisation, many banks still require customers to pay a last-minute visit for verification—and this is not just an issue in India but in the Middle East as well.

This is what the Dubai-based regtech (regulatory technology) platform Verismart strives to solve. It began with a simple idea: make onboarding on different platforms secure and simple with the help of blockchain technology.

How many spots are there on a full set of 28 dominoes?