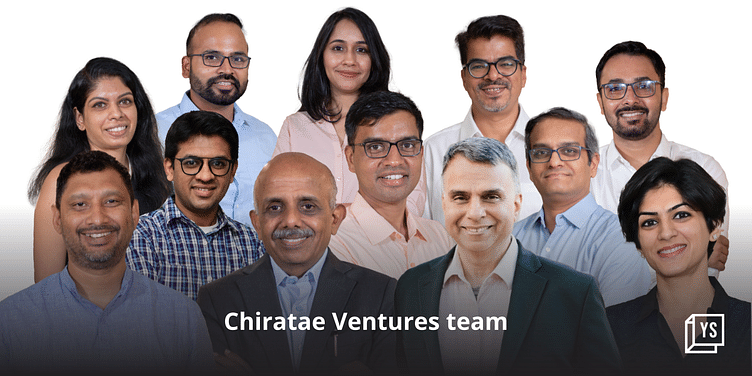 The growth fund of Chiratae Ventures will invest in growth-stage startups which are in the funding stages of Series C and beyond.

﻿Chiratae Ventures﻿, the homegrown venture capital firm that primarily invests in early-stage startups, has raised Rs 759 crore as the first close in its new fund that will invest in growth-stage companies.

To be called 'Chiratae Venture Growth Fund-1', it will only invest in startups which are in the funding stages of Series C and beyond. This fund will have a separate identity from the fundraises that Chiratae has made till now.

Founder and Vice Chairman TC Meenakshi Sundaram said Chiratae Ventures has numerous companies in its portfolio that fall in Series C and beyond stages. “We were looking at how we can participate in the growth story of these companies which have an excellent track record,” he remarked.

Chiratae Ventures has invested in over 128 ventures across SaaS, consumer media and tech, healthtech, and fintech, and counts the likes of Firstcyr, Curefit, Lenskart, Myntra, and Policybazaar in its portfolio.

According to Chiratae Ventures, the growth fund saw the fastest first close, which was only launched this year. It aims to make the final close by the end of this year at Rs 1,500 crore, which will include its oversubscription option.

The growth fund aims to invest in around 15-20 startups, and the amount will range from $5-15 million. The investment will include both the portfolio startups as well as outside of it.

According to Meenakshi, the growth fund will invest in those startups which are market leaders in their respective segments. “The mortality risk in these startups is lower while the growth potential is high,” he said.

Chiratae Ventures raised this capital from both existing and new investors, which include family offices as well as institutions. These include Kris Gopalakrishnan's family office, Choksi Family Office (promoters of Asian Paints), SBI, and IIFL Wealth and Asset Management.

Founded in 2006, Chiratae Ventures has raised four early-stage funds and manages $1.1 billion in assets under management where it has had 45 exits, three IPOs, and eight unicorns. Its last fundraise was in 2021, with a size of $337 million. According to this firm, it has returned capital every year for a decade.