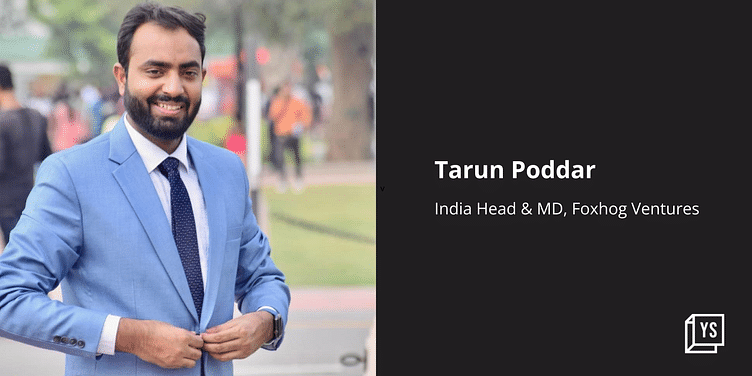 Foxhog Ventures India, part of Foxhog Ventures US, strives to provide an alternative financing solution to small farmers and businesses in small towns and rural areas. It makes ‘revenue-based’ investments, wherein it receives a percentage of the profit earned by the businesses it invests in.

Farmers across the country depend on agricultural and dairy loans to fund activities such as animal husbandry and pisciculture and to buy seeds, fertilisers, and even land for farming. However, banks are generally hesitant to lend loans to small farmers because they do not have any collateral to pledge against loans.

Venture capital firm Foxhog Ventures India, part of Foxhog Ventures US, hopes to make a difference in such circumstances by providing a collateral-free financial model to farmers and small business owners.

Launched in March 2020, Delhi-based ﻿Foxhog Ventures Corp.﻿ India offers an investment solution to small, medium and micro businesses and small farmers in India. This is a revenue-based funding/profit-sharing investment module wherein Foxhog receives a percentage of the profit earned by the businesses it invests in—on a monthly or quarterly basis.

“Small farmers are expected to benefit the most from Foxhog Ventures’ initiative in rural India,” says Tarun Poddar, India Head and MD of Foxhog Ventures.

From Powerland: Electric ATVs for agriculture, defence and adventure sports

While making an investment, Foxhog looks for unique business ideas and promising businesses. It then evaluates the ideas through several rounds of verification. This is just like the due diligence process that happens in an equity-based investment.

“As it’s an investment, there is no collateral, EMI, or interest rate. Neither is the customer required to repay the principal amount because Foxhog is earning from the percentage of profit as mutually agreed by both the parties,” says Tarun.

According to Tarun, small-scale farming presents a good growth opportunity.

“Small-scale farming systems already grow 50% of our food requirements, on 30% of the agricultural land. When access to inputs and conditions are equal, smaller farms tend to be more productive per hectare than much larger farms. Family farmers have a vested interest in protecting the fertility of their soil and the long-term productivity of their land. They are also more likely than larger farms to grow a wide variety of crops, contributing to agro biodiversity,” says Tarun, who had earlier worked in Apple Singapore, Aegis Ltd, and Sonata Software.

Among small farmers, Foxhog is particularly interested in women farmers. In fact, Foxhog was launched in India on March 7, 2020 on International Women’s Day.

Tarun says, “Women farmers are very particular in returning the loans, since they treat it as a matter of honour if a loan recovery agent knocks at their doors.”

Foxhog Women, a subsidiary of Foxhog, is dedicated to providing equity-based and revenue-based funding to women entrepreneurs. Till now, Foxhog has made more than 12 significant investments in women-founded enterprises in Tier I cities and small towns, including Haskay Global Fashions, Moncoeur Apparels, Powerbuy, and Readyone Corporation.

“Our latest funding to a women-founded company has been SWOON ME, an avatar-based US-based dating app,” says Tarun.

As there are no hurdles of loans and repayment headache, Foxhog’s model ensures a “peaceful transaction”, according to Tarun. This has helped prevent farmer suicides due to loans and lack of financial assistance for seasonal businesses, he says.

Foxhog says it is overtaking private financers and lenders, as small business owners and farmers see them as business partners who are capable of funding their businesses and livelihood. The company says its model has created a sustainable impact in places like Ranchi, Meerut, Patna and Bikaner.

Foxhog has opened branch offices in capital cities and metro cities and micro branches in districts and state sub-divisions. Currently, it has offices in Jamshedpur, Ranchi, Patna and nearby districts and in Guwahati and adjacent towns. It has also opened customer service points to reach blocks, wards and tehsils in villages.

The company currently operates 24 branches, 13 micro branches, and more than 40 customer service points in India and one in Malta, Europe.

Foxhog Ventures Corp registered its “highest” quarterly net profit of $104.12 million in the first quarter of FY23, at a growth of 29.4% YoY. Excluding dividend income from subsidiaries, its core operating profit grew by 21.1% YoY.

Foxhog plans to roll out its revenue-based investment model in hardcore rural areas. The company defines ‘hardcore villages’ as villages where finance companies or banks are not available and only local shahukars (private power brokers/zamindars or landowners) provide money at a high-interest rate. “If someone fails to replay, it leads to suicide, murder, or forceful acquisition of land or property,” says Tarun.

The company plans to open 605 customer service points and more than 50 micro branches across the country by the end of FY2024. Foxhog will also open its doors to offline retail stores for funding. This had taken a backseat during the pandemic as many retail outlets were shutting down.