Genome testing at your doorstep 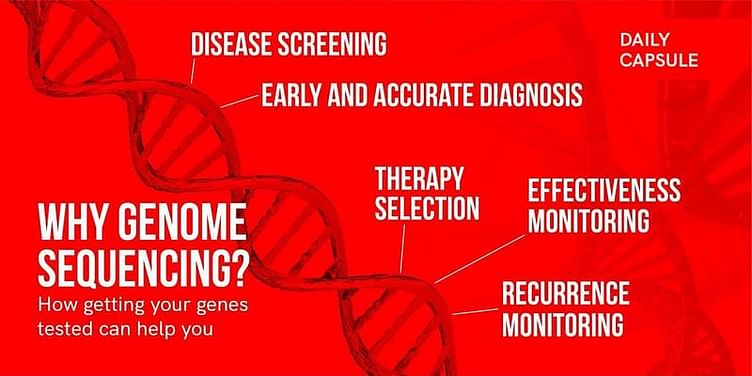 Genome sequencing firms focused on healthcare are now making the complex process of genetic testing available at the consumer’s doorstep.

A report by The Hindu revealed that the number of eggs exported from Tamil Nadu to Qatar has doubled due to an increase in demand, thanks to the FIFA World Cup, and a cheaper price compared with Turkish eggs.

Turns out, the universe is just made up of many, many dots.

Here’s your trivia for today: Which is the longest natural sea beach in the world?

Genome testing at your doorstep

Genome sequencing has come a long way—from the labs of scientists to the doorstep of consumers. The predictive healthcare market is gaining steam in India, with over $130 million invested in healthcare-focused genomics startups in India in 2022 alone.

Now, many Indian startups have taken the D2C path to offer genome testing and other related services to users at home.

Crypto investment platform ﻿CoinSwitch﻿ announced the launch of multi-exchange trading platform CoinSwitch Pro. It will allow users to trade BTC (Bitcoin), ETH (Ethereum), USDT, Doge, MATIC, and other crypto assets in Indian rupees across many exchanges with a single login.

Bounce to raise up to $30 million

Smart mobility startup ﻿Bounce﻿ is in advanced talks to raise $20-30 million, two people aware of the development told YourStory. Expected to be finalised next month, the deal is likely to be led by a new investor along with the participation of existing investors. It is not expected to raise Bounce's valuation.

Which is the longest natural sea beach in the world?