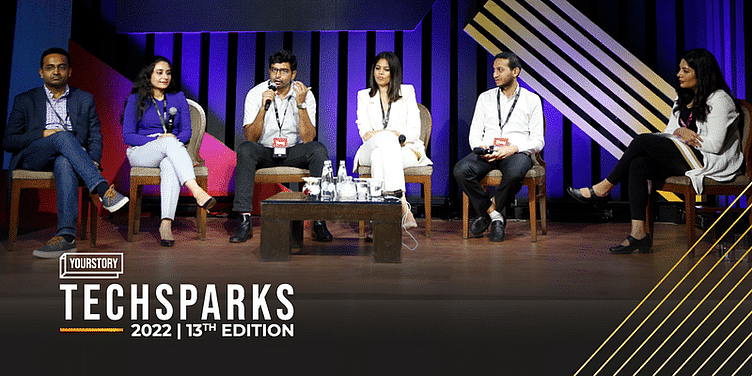 Acknowledging tough situations, having honest conversations, and finding solutions while maintaining relationships have helped the OYO leadership team stick together for a number of years.

What does it take for a startup to build a successful leadership team? According to Ritesh Agarwal, Founder and Global CEO of Oravel Stays Limited (﻿Oyo﻿), ‘sahansheelta (endurance/patience)' is key.

The hospitality giant's leadership team came together at TechSparks 2022—YourStory's 13th edition of India's most influential startup-tech summit—to ponder over the question in a chat with YourStory Founder and CEO Shradha Sharma.

The youngest among the management team at OYO, 28-year-old Ritesh said that as a founder, he has realised that patience and the ability to listen to everyone are necessary when it comes to working with the other CXOs.

The founder said that while one reads about the things the company has done wrong, the advice of his leadership team is more critical. He now also appreciates those who are open enough to express their viewpoints and also feel comfortable in doing so.

“It is critical to be able to listen, accept and constantly work towards improvements. You should be able to have the ‘sahansheelta’ to say—‘Yes, I could be wrong’,” he said.

The entrepreneur has learnt three things with respect to sorting out disagreements with the other members in the leadership team: discuss openly, find a solution, and maintain a good relationship with colleagues. “Relationships are more critical than business and objectivity,” Ritesh noted.

“Unfortunately, not everything is in your control,” he added, citing examples of the pandemic upheaval and the current funding climate. “The one thing that is in your control is your management team, your co-founding team.”

Of the 13 senior leaders at OYO, 10 have been around for about 90-100% of the time since the company was formed in 2013, according to the founder. Given that his entrepreneurial journey started straight out of school—without going to college or working in any other company—Ritesh had no choice but to hire external professional leaders early on.

Abhishek Gupta, Group Financial Officer of OYO, told that he was bowled over by Ritesh's audacity of the aspirations, his intellect, hard work, and the down-to-earth nature of the people in the team when he joined in 2015. “Given a chance, I’d do it again,” he quipped.

Getting people on board

Campus hiring and dedicated investments in specialised talent have been among the key pieces of OYO’s hiring strategies.

“Getting people with hunger and the ability to take on any challenge; straight out of college, they are less clouded, they are open to experiencing new things. We’ve seen success of people who have come out of campus and subsequently have taken on prominent roles,” added Geetika Hans, Vice President and Head HR Product and Global Functions, Diversity Leader.

The global travel-tech and hospitality company is also focusing on bringing in diversity in terms of gender, background and experiences, and is working on ways to develop them personally and professionally. In addition, the company is cognizant of adding more women to its teams—and it's primarily doing that through campus hiring.

Nikita Garg, VP—Customer Acquisition, OYO Vacation Homes, said the company provides a level-playing field for all people, irrespective of their gender and background. “I’ve never felt biased for or biased against. I haven’t felt like a woman but like a leader (at OYO),” she says.

It wasn’t very easy for Ritesh to find great talent to be a part of his leadership team. For instance, it took him almost six months to bring on Kavikrut (who only goes by his first name) to join as Head—Expansion in 2014. He is currently the Chief Growth Officer at the giant.

For Kavikrut, the top three things that convinced him enough to join OYO were: a pioneering and disruptive business model, people and their humility, and the kind of ownership that made him feel like it was his own startup.

He has now ended up staying at OYO for close to eight years now and has worked on eight to nine different roles across a variety of functions, in addition to launching a couple of businesses internally.

For any company, there are bound for things to turn south someday or the other. The leadership team at OYO has learnt two lessons when that happens: acknowledge the situation and be honest about it, and avoid negative water-cooler conversations. This is why, they say, they have stuck together for so many years as a cohesive group.