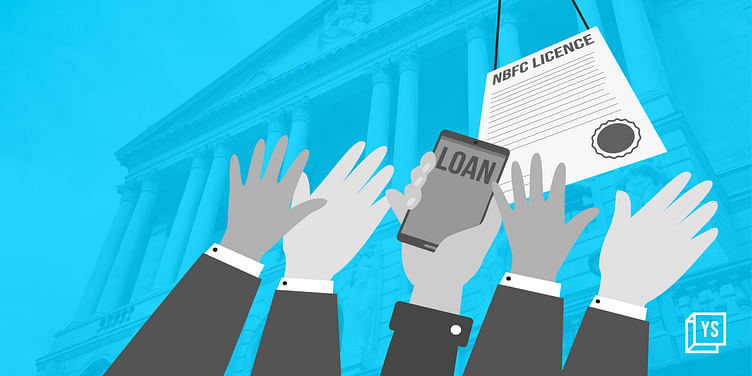 Direct lending through an NBFC licence seems to have become a security blanket for fintechs amid regulatory turmoil. However, RBI’s tough stance on handing out permits and challenges in raising capital could play spoilsport.

Caught in a quandary in the past few months due to new lending norms introduced by the RBI, fintechs are relooking at the idea of direct lending, via an NBFC licence, apart from their existing co-lending partnerships with Regulated Entities (REs).

The trend came into prominence in 2019 with many fintechs diverging from their initial plan of credit marketplaces, and hence seeking a licence. But, with tech coming into play, fintechs found their calling in new-age partnerships, including co-lending, PPIs, and FLDG arrangements, and the direct lending idea went on the back burner.

It’s now in focus again as digital lenders look for a safety blanket, on-book/direct lending being one of them. This means that most fintechs, earlier focused on asset-light growth, will aim to get a licence to lend and subsequently capitalise on their NBFCs.

However, the regulator has adopted a stern approach in doling out permissions. Only two players—Ftcash and 4Fin—have received the go-ahead in the past 12 months.

But despite the RBI’s scrutiny, industry experts expect more and more digital lenders to submit fresh applications or consolidate with entities holding one.

As per reports, startups like ﻿PhonePe﻿, ﻿Razorpay﻿, ﻿BharatPe﻿, ﻿OkCredit﻿ and ﻿NIYO SOLUTIONS﻿, have approached the banking regulator for NBFC licences, but their requests have been turned down.

Others like ﻿Slice﻿ and ﻿LazyPay﻿ who were granted NBFC licences in 2018-19, are now looking to pivot towards personal loans along with co-branded credit cards.

While Anuj Kacker, Co-founder and CEO at consumer neobank Freo, believes that it may not be sacrosanct for digital lenders to tap direct lending and continue to drive a large pool of credit as a non-regulated entity, Vaibhav Lodha of Ftcash believes it would be good to have a mix of both for varied reasons.

“Once you have a regulated entity, there is an automatic system, which is trustworthy. Partners are also confident,” he says, while mentioning the add-on rush coming from non-lenders (payment firms) to tap the segment through a licence, post regulations.

Ankur Bansal, Co-founder and Director of venture debt firm BlackSoil, says there is an urgency from fintech platforms to apply for a licence due to uncertainty surrounding FLDG/cash collateral regulations pertaining to non-regulated entities.

Lending via own books, however, will be a tough row to hoe. Experts signal challenges for fintech in raising capital, as they look to lend through their own books, amidst the funding winter and changing regulations.

Direct lending means fintechs would have to raise their own capital to run the books. The funding winter, which seems set to be carried forward in 2023, will play spoilsport, despite rising demand for credit in the country.

While raising debt is not a matter of concern for digital lenders looking to lend directly, securing equity won’t be easy.

Pumping capital in such entities will depend on multiple factors, including scalability of the business model, path to profitability/sustainability of profits, the touch points/control on collections, support of existing investors and interest of new equity investors, says Ankur, whose firm is “cautiously optimistic” in the fintech lending space.

“The assessment approach (for equity or debt) is more bottom-up vis-à-vis the other way around. The emphasis on certainty over regulations and clear/relentless focus on the execution of sustainable business models will be key from now onwards,” he adds.

In such a scenario, fintechs are likely to continue as debt facilitators with muted growth. “It (raising equity) would all depend on how clean your books are and the quality of credit. VCs are very particular about this,” said Vaibhav.

A senior partner at a VC firm concurs, saying “anything can happen” with respect to new orders and norms, despite fintechs having the digital infrastructure and agility to expand offerings to the hinterlands of the country.

RBI has become wary of the flow of money into fintech-NBFCs owing to a series of violations by some China-backed entities providing instant personal loans while violating the guidelines for operating in India.

Another factor that may slow down plans will be increased capital requirement, which spiked to Rs 20 crore from Rs 2 crore earlier, last year.

Gaurav Chopra, Co-founder and CEO at Indialends, also warns of the impact of inflation on the lending books of fintechs.

“Inflation is something we need to worry about as it would have an effect on the disposable incomes, leading to weak repayment capacity of customers and hence impact the lending books,” he said.

Nevertheless, analysts expect limited capital to flow into fewer scaled entities and not get distributed among thousands of players. Expect major consolidations among players with one of them with an NBFC licence for the other one to piggyback on. The recent PhonePe and Zest Money (holding NBFC licence) deal emerged as a win-win for both.

A recent Bain India CXO survey revealed that nearly 60% of fintech leaders (they surveyed) believe that obtaining appropriate licences and core capabilities will be essential for driving long-term relevance and sustainable growth.

“Most fintechs seek partnerships with incumbents for regulatory expertise, requisite licences and access to low-cost capital,” the report adds.