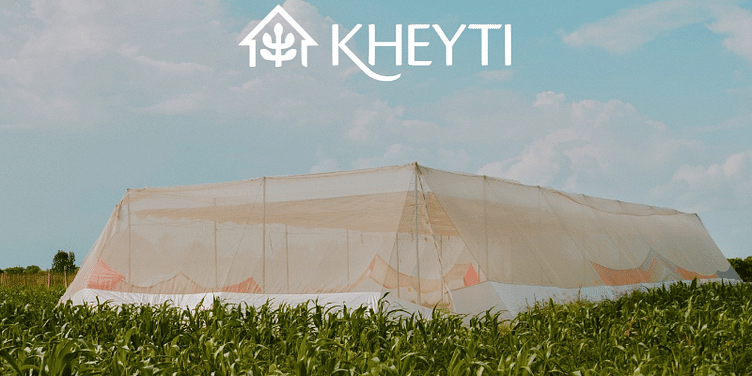 Kheyti won the prize in the Protect and Restore Nature category.

Kheyti, one of the five winners at a gala green carpet awards ceremony in Boston on Friday night, won the prize in the Protect and Restore Nature category from hundreds of entries worldwide.

The pioneering solution for local smallholder farmers is designed to reduce costs, increase yields and protect livelihoods in a region on the frontlines of climate change.

"I believe that the Earthshot solutions you have seen this evening prove we can overcome our planet's greatest challenges, and by supporting and scaling them we can change our future," said William, the Prince of Wales.

"Alongside tonight's winners and finalists, and those to be discovered over the years to come, it's my hope the Earthshot legacy will continue to grow, helping our communities and our planet to thrive," he said.

Kheyti Co-founder and CEO Kaushik Kappagantulu said he launched the concept to help some of India's nearly 100 million small-hold farmers, among the poorest people on the planet and the most impacted by climate change.

His Greenhouse-in-a-Box offers shelter from unpredictable elements and destructive pests and the startup also trains and supports farmers to ensure their greenhouse is as effective as possible.

Kappagantulu said, "We are honoured to be recognised by The Earthshot Prize this year. The world depends on its small-hold farmers and yet their lives are amongst the hardest on earth.

"Our Greenhouse-in-a-Box is empowering farmers in India today. The steps we have already taken at Kheyti are now building to change farmers' lives at scale."

The results of the project have been described as "dramatic". Plants in the greenhouse require 98% less water than those outdoors and yields are seven times higher.

About 90% cheaper than a standard greenhouse, Kheyti's solutions are more than doubling farmers' incomes, helping them invest more in their farms and their children's education. Using less water and fewer pesticides, they are protecting the planet too.

Another Indian project, Founder and CEO Ankit Agarwal's Phool from Uttar Pradesh which converts flowers dispersed into the river Ganges into sustainable leather called Fleather, was among this year's 15 finalists worldwide projects.

All 15 will receive tailored support from the Earthshot Prize Global Alliance a network of world-leading philanthropies, NGOs, and private sector businesses around the world who will help scale their solutions.

The other winners of the 2022 prizes include Mukuru Clean Stoves from Kenya in the Clean Our Air category for their processed biomass stoves; Notpla from the United Kingdom in the Build a Waste-free World category for their biodegradable plastic made out of seaweed; the Indigenous Women of the Great Barrier Reef from Australia in the Revive Our Oceans category for ocean conservation; and 44.01 from Oman in the Fix Our Climate category for a low-cost and safe alternative to traditional methods of storing carbon.

Each year, five winners are hosen for their ground-breaking solutions to five of the greatest environmental challenges facing our planet.

In its second year, the Earthshot Prize said it embarked upon an ambitious global nine-month search process, seeking out the most inspiring and innovative solutions to the greatest environmental challenges facing the planet.

Over 1,000 applications from around the world were considered, with 15 finalists from 10 countries chosen through a selection process supported by an expert advisory panel.

One of last year's winning projects was from Delhi Vidyut Mohan led Takachar, which won the prize in the "Clean our Air" category for its cheap technology innovation to convert crop residues into sellable bio-products.