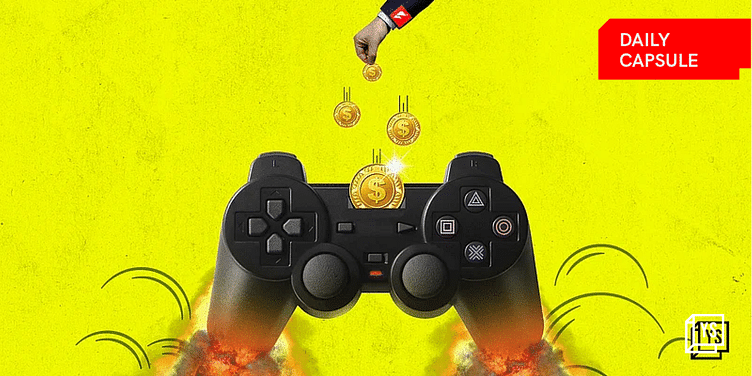 Goldman Sachs made headlines on Monday when it announced plans for its biggest round of job cuts ever, Bloomberg reported.

The Wall Street giant plans to eliminate about 3,200 positions this week, and more than a third of those will likely be from within its core trading and banking units.

In other news, Meta, formerly Facebook, has appointed Vikas Purohit as the Director of Global Business Group in India, bolstering its domestic leadership team following some recent high-level exits.

While the company last month said it was on track to earn as much revenue and profit in FY23 as in FY22, it warned that it would likely be in for tough times from the next financial year.

ICYMI: A new generation of startups is inching toward full-on medical-grade analysis of its users. And no, it’s not about measuring your heart rate, number of steps, and EKG on your wrist.

This time, it’s all about urine analysis!

Here’s your trivia for today: Which item of clothing takes its name from the area of Dongri in India?

For over five years, Fireside Ventures has backed mostly consumer brands such as IPO-bound ﻿Mamaearth﻿, ﻿boAt Lifestyle﻿, and ﻿Vahdam Teas﻿. Now, the early-stage investor is exploring gaming startups as it looks beyond the D2C (direct-to-consumer) segment.

﻿Paytm﻿’s super apps business has gained traction in the last few months. And its﻿ ﻿loan distribution business surged 357% to Rs 9,958 crore in the fiscal third quarter.

The value of loans disbursed in December alone surged 330% year-on-year to Rs 3,665 crore, One97 Communications Ltd, the parent company of Paytm, said in a filing with the stock exchanges.

Rajani Pandit became a detective in the early 1980s after she took it upon herself to ensure the safety of a classmate. After more than 30 years in the field and 80,000 cases to her credit, she says the profession needs more women.

Which item of clothing takes its name from the area of Dongri in India?