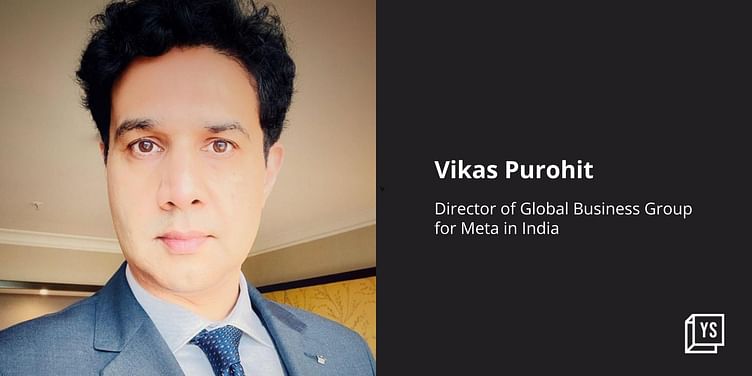 The global social media giant had recently announced the appointment of Sandhya Devanathan as the Head and Vice President of Meta India after Ajit Mohan left to join Snap.

Purohit last month stepped down as CEO at ﻿Tata Cliq﻿, where he had joined as Chief Operating Officer in November 2016.

In his new role at Meta, Purohit will work with the media and creative ecosystems for accelerating the adoption of digital tools by advertisers and agencies, the company said in a statement.

Meta’s key business teams in India, agency teams, and business solutions teams will report to him. Purohit will report to Arun Srinivas, Director and Head of Ads Business for Meta in India.

“India’s largest businesses and agencies are playing a crucial role in the country’s expanding digital economy and are building innovative business models that are inspiring marketers globally,” Srinivas said in a media statement.

Purohit has over 20 years of experience in senior business, sales and marketing roles at companies such as Amazon, Reliance Brands, Aditya Birla Group, and Tommy Hilfiger. He is an alumnus of the Indian Institute of Management, Bangalore.

In November, Meta announced the appointment of Sandhya Devanathan as the Head and Vice President of Meta India after Ajit Mohan resigned from the firm to join its rival, Snap, and lead its APAC business.

Sandhya transitioned to her new role on January 1, 2023.

The duopoly of tech giants Facebook-parent Meta and Google-owner Alphabet in the digital advertising market has taken a hit. The growth in ad revenues of both companies has slowed amid a decline in digital ad spending in the current economic climate.

In October, Meta reported a more than 50% drop in profit and a second straight quarterly revenue decline, hit by weak advertising demand, increased competition from rivals like TikTok, and Apple’s iOS privacy changes.