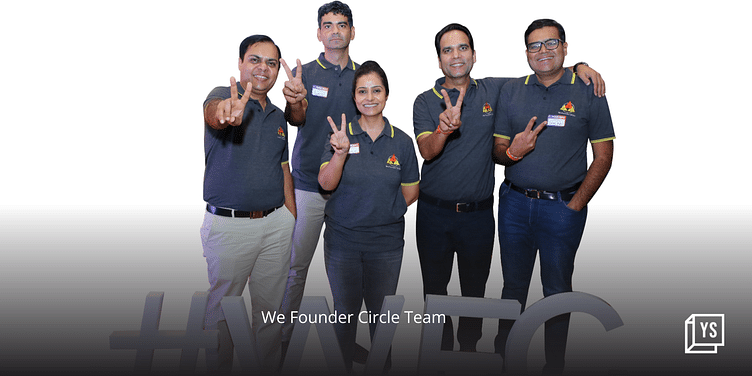 Launched in 2020, We Founder Circle is a global community of over 2,000 founders and over 6,700 strategic angels from over 40 countries.

﻿We Founder Circle﻿ (WFC) invested more than Rs 100 crore across 53 startups in 71 deals in 2022, emerging as the largest angel network in India of the year by deal number.

In a statement, the firm said that other investment networks like Inflection Point Ventures, Mumbai Angels, Indian Angel Network, and The Chennai Angels closed 2022 with 53, 31, 29, and 16 deals, respectively.

“In 2022, we have covered 35 Tier II/III/IV cities of India, and next year, our plan is to reach 70+ more. The idea is to enable the local city-level ecosystem with tech, funding, and community support,” said Co-founder Deo Saurabh.

Launched in August 2020, WFC is a global community of over 2,000 founders and over 6,700 strategic angels from over 40 countries that provides seed funding, strategic business partnerships, and global networking opportunities to entrepreneurs.

“In 2023, we will be aggressively taking the product to the global market with a focus on Southeast Asia, the Middle East, the US, and the UK,” added Co-founder Vikas Aggarwal.

Within two years, it has closed 104 deals, investing in more than 80 startups, and also given seven partial exits to its investors in its second year of operations.

“On the portfolio side, over 25% are being led by women entrepreneurs and 70% of our founders come from Tier II/III/IV cities, which validates our commitment to build 100 startup cities of India vision. We are sector-agnostic but have a special focus on amazing business models disrupting various verticals in India, including SaaS, EV, agritech, healthcare, and fintech,” said Neeraj Tyagi, Co-founder and CEO.

WFC has launched two angel funds in 2022, a domestic fund for Indian investors and another cross-border fund set up in Gujarat International Finance Tec-City (GIFT City) for overseas investors.

“In the coming year [2023], we will be investing in at least 200 startups and catalyse their growth through our two angel funds. And this is not all, we will keep introducing more regulatory compliance investment instruments,” added Co-founder Gaurav VK Singhvi.

WFC also plans to expand to 100 cities in India to bring the SME business community into the mainstream ecosystem this year.

(The story was updated to correct the year in the headline.)