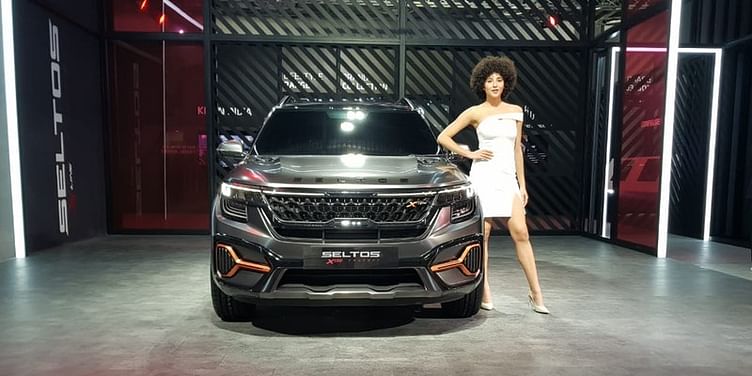 The Sonet SUV concept by South Korean car manufacturer Kia will head to production form as a sub-four metre SUV. At Auto Expo 2020, it showcases and launched several vehicles.

Kia launched its first car, the SUV Seltos last year, and it already has numbers better than India’s oldest auto manufacturer Maruti Suzuki, making it a player to look out for. At the Auto Expo 2020, underway in Noida, Kia has not disappointed with a stall full of vehicles you need to consider.

The Carnival comes with only one engine option – a BS-VI compliant diesel, matted to an eight-speed automatic gearbox.

It will be available in three different seating arrangements – seven, eight, and nine – three trims – Premium, Prestige, and Limousine. Out of these, the seven-seater is available in all trims (all prices, ex-showroom, Delhi).

The limousine variant gets a plush ‘VIP’ second-row seats, which is one of the most premium seats available in the Indian MPV market, and is the reason Kia is able to charge a premium. From the safety point of view, this MPV comes loaded. It has dual airbags, ABS with EBD, Isofix child-seat mounts, rear parking sensors, and a rear camera.

In the top limousine variant, you get a second row of captain seats with extendable leg support and Nappa leather upholstery. It also has a leather-wrapped steering and gear knob. This is not all, this version also gets a 10.1-inch dual rear-seat entertainment screen, an air purifier, and a powered and ventilated driver’s seat.

Coming to the power train, this MPV is powered by a 2.2-litre four-cylinder diesel engine that has 203 PS of power at 440 Nm of torque, and has a front-wheel drive. The transmission is an eight-speed torque converter automatic transmission and the MPV has an ARAI rated fuel efficiency of 13.9 kmpl. Since bookings commenced on January 21, 3,500 Carnival’s have been booked and Kia claims 70 percent of the bookings are for the top-end limousine variant. Could this be Kia’s second hit?

The Indian market was introduced to the Kia Sonet for the first time at the 2020 Auto Expo. This is a sub-four metre SUV, which will be launched in the second half of 2020. The Sonnet, like the Seltos, has the same underpinning as the Hyundai Venue.

However, unlike the straight lines of the Venue, the Sonet is curvy and will look distinctly different. At the front, it has Kia’s signature ‘tiger-nose’ grille with a mesh pattern and a pinched profile in the middle. The central air dam below this is flanked by matter-silver fog lamp inserts and big air vents.

Kia, unlike Hyundai, has not gone for a split headlamp and instead uses sleek headlights with integrated DRLs, which merge into the grille. On top of all this, the high bonnet with muscular creases gives the car an SUV-ish look.

From the side, the Sonet has clean lines with slightly boxy tyre arches and a window line, which rises very sharply at the C-pillar, giving it a very aggressive look. At the rear, it looks much sharper than its cousin with the C-pillar meeting a raked rear windshield and an LED bar running the width of the tailgate, giving the car a much wider look.

The Sonet is not just sharp on the outside, but also sharp on the inside with a 10.25-inch touchscreen infotainment system taking up the most prominent position. Powering it will be a 1.2-litre petrol, a 1.0-litre turbocharged petrol and a 1.5-litre diesel engine.

These shall be mated to a manual and iMT (automatic) gearboxes. When launched, this car will take on the likes of the Maruti Suzuki Vitara Brezza, Tata Nexon, Ford EcoSport, and Mahindra XUV300. Only time will tell if this car can repeat the performance of the Kia Seltos.

Apart from these two cars, the Kia stall also showcased the following.

Indians are looking for sportier cars and Kia revealed its Seltos X-Line Concept, a bolder reinterpretation of the Seltos SUV. The X-Line Concept features a more assertive, rugged front design with a futuristic radiator grille.

Further modifications have been made to the front and rear bumpers to make it look more distinguished, as well as the addition of a prominent skid plate, roof rack, and all-terrain-inspired body panels, elevate the personality of the car.

Globally, the Soul EV is sold with a liquid-cooled lithium-ion polymer 64 kWh battery expected to need less daily charging and was one of Kia’s first globally sold fully-electric vehicles. The battery provides 203 PS of power and the Soul should be able to do close to 450 km in a single charge.

It offers long-range, zero-emissions power in the urban crossover class. As far as design is concerned, it can really confuse people as some will love the quirky looks while others may hate it, which will be the real challenge when Kia finally launches this car in India.

The Niro is a more conventional hatchback, powered by a liquid-cooled 64kWh lithium-ion polymer battery and powerful electric motor. This car also has the same 203 PS power output.

The long-range battery is packaged under the floor of the vehicle to maximise cabin space for passengers, giving the Niro EV a range of 450 kilometres from a single charge. Design-wise, this car is more conventional, making it a more acceptable product, but Kia is tightlipped on when it would be seen in India.

This is Kia’s latest SUV, touted to drive like a sporty hatchback. The SUV definitely looks sporty when seen from the front or the side and will definitely be a selfie magnet at the 2020 Auto Expo.