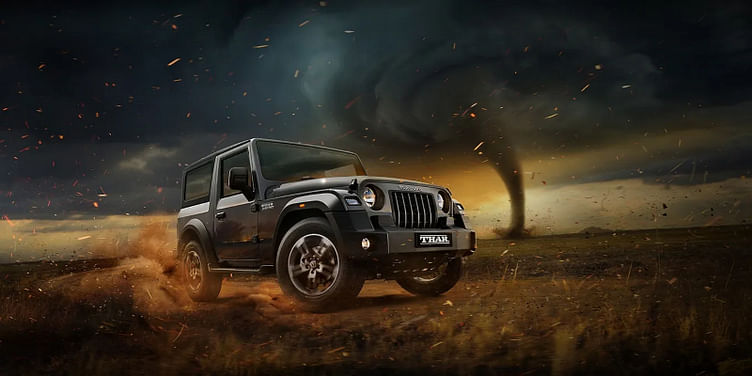 Deliveries for the new 2WD version of Mahindra Thar are slated to commence from January 14 onwards.

Mahindra Thar is the perennial choice for Indian automotive enthusiasts who love exploring the roads less travelled. The compact SUV is known for its exceptional off-roading capabilities that can traverse different terrain—from rivers to snow-capped mountains.

However, Mahindra now wants to tap into the market of buyers who do not wish to offroad very often and would have Thar on the road. The carmaker has launched a two-wheel drive variant of Thar at a starting price of Rs 9.99 lakh (ex-showroom), making it accessible to the wider market.

The new rear-wheel drive (RWD) Thar is available in three variants—AX (O) diesel, LX diesel, and LX petrol. The latter two trims are priced at Rs 10.99 lakh and Rs 13.49 lakh (both ex-showroom), respectively. These are introductory prices and are applicable for the first 10,000 bookings only.

From Virtus to Scorpio-N: the top 10 cars that made headlines in 2022

Visually there’s very little difference between the 4WD Thar and its modest RWD sibling. The only visual difference on the exterior is the missing ‘4x4’ badge on the quarter rear panel and the fully black front bumper that doesn’t have the contrasting silver shade.

On the inside, the 4x4 lever has given way to a useful storage space, making the cabin slightly more practical although the space remains the same. Mahindra has also added an auto start/stop feature to help save fuel. Apart from these minute changes, the RWD Thar is identical to its 4WD counterpart in every manner.

The major changes in RWD Thar are under its hood. It comes with two engine options—a 2.0-litre mStallion turbo petrol engine and a 1.5-litre D117 CRDe diesel mill. The petrol unit is carried over from the 4WD Thar while the diesel unit has been borrowed from the likes of Mahindra XUV300, TUV300, and Marazzo.

Along with the new RWD variant, Mahindra has also updated the 4WD range of Thar which now comes with an electronic brake locking differential in place of a mechanical locking differential offered previously. Developed in collaboration with Bosch, the system offers a better grip in low-traction situations.

Those who still prefer the old-school mechanical locking differential (MLD) setup can opt for the same with the LX Diesel 4WD variants. Mahindra is also developing a five-door version of Thar which is expected to hit the market sometime later this year.