Manufacturers are looking forward to the festive season to beat the ongoing slump in domestic volumes.

The Indian automotive market is going through a major slowdown. Several manufacturers are experiencing their worst ever drop in sales. The government did try to aid the ailing industry with several glorified reforms and stimulus packages. However, carmakers are all set to go the tried sand tested way of introducing new models to beat the slowdown. Here are 7 new cars launching this festive season:

One of Renault India’s most popular model, the Renault Kwid will get several new design elements from the electric Kwid KZE. The new entry-level hatchback will also gain on structural integrity to meet the upcoming Bharat New Vehicle Safety Assessment Programme norms. Besides that, the new Kwid will continue to flaunt a pseudo SUVish charm in its attempt to lure the Indian consumers.

The Renault Kwid facelift will get new LED daytime running lights. The headlamp will be positioned much lower, well into the bumper, like the Tata Harrier. Interiors will be brought under the knife to make it seem fresher. Also, the hatchback will gain the new 8-inch touchscreen infotainment system from the newly launched MPV Triber.

Powerplant will continue to be the same 0.8-litre and 1.0-litre petrol mill, both of which will be BS-VI complaint. Transmission options will include a 5-speed manual and an AMT unit which the French carmaker calls Easy-R. The Renault Kwid currently starts at INR 2.76 lakhs (ex-showroom, Delhi). Expect the BS-VI facelift to be pegged slightly higher than INR 3 lakhs mark.

India is set to gain a mid-cycle facelift of the Hyundai Elantra in September 2019. Cosmetic changes will include a new sportier looking hood, sharper front fenders and headlamp. The rear taillamps also get a similar treatment. The premium sedan will also get refreshed interiors.

A new touchscreen infotainment system will be the centre of attention. The climate control will gain a new restyled interface. Besides that, the air-con vents and driver instrumentation console also get a new look. Besides that, the new steering wheel reminds us of the Hyundai Kona. The South Korean carmaker will also offer BlueLink connected features in the infotainment system. This feature was first see in the Hyundai Venue. The Infinity premium audio system will be fitted with 8 speakers including a subwoofer.

Competing against the Skoda Octavia and Honda Civic, the Hyundai Elantra currently starts at INR 13.82 lakhs (ex-showroom, Delhi). We expect the updated version to cost around 30,000 green leaves more than the outgoing model.

Based on the Maruti Future S concept showcased at Auto Expo 2018, the Maruti SPresso is expected to be launched on September 30, 2019. The car will carry forward the hugely popular Maruti Alto DNA. Competing against the Renault Kwid, the new Maruti SPresso has been developed by Maruti Suzuki’s R&D facility in Rohtak.

The new Maruti SPresso can be expected to be powered by the same 1.0-ltre K10 B engine which does duty in the entry-level hatchback Alto. In its present tune, the engine produces 68 PS of power and 90 Nm of torque. The new Maruti SPresso will get brand new interiors, along with a centre mounted speedometer console.

Maruti Alto starts at INR 3.66 lakhs (ex-showroom, Delhi). The SPresso will be positioned at a premium than the hatch. In fact, we expect the Maruti SPresso to carry a starting sticker price in the range of INR 4.0 lakhs to INR 4.2 lakhs.

The desi carmaker, Tata Motors will be launching their second product with the Impact 2.0 design philosophy – Tata Altroz, later this month. This premium hatchback will compete against the Maruti Baleno and Hyundai Elite i20. Previewed as the 45X concept at Auto Expo 2018, Tata Altroz production version will get bold design elements which still reminds us of the Indica! Besides that, the hatchback will utilise the indigenously developed Agile Light Flexible Advanced (ALFA) architecture.

Powerplant options can be expected to be a 1.2-litre naturally aspirated petrol and the 1.5-litre turbo diesel from the Nexon. Gearbox options will initially be limited only to a manual unit however, a DCT may be offered later. Also, a mild hybrid technology is also on cards making Altroz the first Tata badged product to get this feature. Tata also has an electric vehicle based on the Tata Altroz, but we do not expect it to be introduced in India anytime soon.

Just as the Tiago, Tigor and Nexon, we expect the Tata Altroz to carry an extremely competitive introductory pricing. Replacing the Tata Bolt, the Tata Altroz will be priced near the INR 6 lakhs mark.

The star seller, Maruti Vitara Brezza is expected to gain a petrol driven powerplant for the first time. The compact-SUV was first introduced at Auto Expo 2016. However, the car was launched only with a diesel mill to feed the oil crazy Indian market. Besides the new powerplant, the Maruti Vitara Brezza will gain new safety features. These include side airbags and sunroof adding to the 4-star NCAP rating the Brezza already enjoys.

With the 1.3-litre Fiat sourced diesel mill being axed by April 2020, Maruti will bring in the 1.5-litre diesel mill from the Ciaz. The petrol offering will be the 1.5-litre K15B engine which produces 104.69 PS of power and 138 Nm of torque. Gearbox options will include a 5-speed manual and a 4-speed automatic unit. Besides that, the compact-SUV styled Maruti Vitara Brezza will gain new exteriors as well as interiors. The latter will include a new SmartPlay Studio infotainment system. New colour and customisation options are also on card.

The Maruti Vitara Brezza is currently carrying a starting sticker price of INR 7.67 lakhs (ex-showroom, Delhi). While an official confirmation from Maruti is awaited, we expect the Vitara Brezza facelift is expected to be introduced by mid-October 2019. 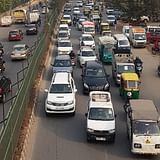 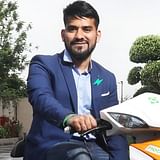 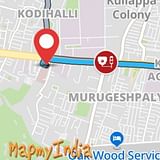 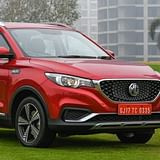 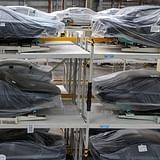 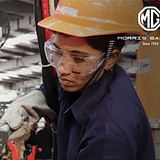