The Left Out Store, the one-stop shop that's got it right for left-handed folk 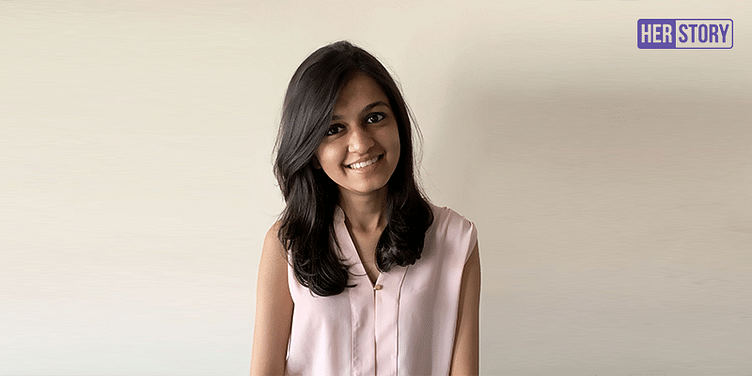 Left out because you are not right-handed? Bengaluru-based ‘The Left Out Store’ has just the solution for you, making left the new right.

Growing up, we have all seen left-handed children struggle to cope in a world made for right-handed people. Be it how desks were made in school, or how spiral notebooks and binders could impede the natural flow of writing, lefties have had it difficult from a young age. And in a country like India, using the left hand for daily tasks is coloured by culturally adverse connotations as well.

Faced with similar struggles in her childhood, Bengaluru-based Maitri Wadher decided she had to do something to ease the lives of fellow lefties. In September 2018, she started The Left Out Store, which makes everyday products ranging from left-handed writing tools, scissors, and kitchen tools, to quirky merchandise for left-handed people.

According to Maitri, the struggle is real. She believes that left-handed people have always “thrived and struggled to survive” in a world that is biased to the right handers. Making up between 10 percent and 12 percent of the world’s population, left-handed folk rarely have products that cater to their needs, and usually have to learn how to use products made for right-handed folk.

“My mother used to tie my left hand, and make me eat with my right. This went on for a few months before we finally spoke to a paediatrician who explained that what she was doing wasn’t right. He said that forcing me to use my right hand could affect my growth to a great extent, and that I’d lose my self-confidence,” Maitri Wadher, 24, Founder, The Left Out Store, says. This childhood experience had gnawed at the back of her mind, pushing her to do something about it.

Starting The Left Out Store wasn’t in the cards for Maitri for a very long time. In fact, she thought of the idea in just 20 minutes when she participated in a fest at St. Joseph’s Institute of Management as a post-graduate student. She quickly churned up a rough idea and presented it to the judges who also happened to be venture capitalists, and to her delight and relief, they loved it. They strongly believed that her idea would work, and this gave her the push to make it a reality. She eventually made it her market research project to test the waters, and explore the potential market. The odds worked in her favour, and The Left Out Store is now going strong as an online store.

Initially, Maitri faced a few hiccups with finding vendors, and making them understand how to make the products, but everything is in place now. So far, her family has backed her financially, and she can’t emphasise enough on how much strength their support has given her, to set out on this journey.

However, Maitri does aim to get her hands on VC funding by the end of 2019, as she plans to open the first physical store in Bengaluru. Since her products are on the slightly pricier side - from a small geometry set starting at Rs 15, to writing tools starting at Rs 109, and a full-fledged calligraphy set priced at Rs 2,749 - she hopes that eventually, large-scale, in-house production will help her bring costs down, and cater to a wider audience. The startups’ typical customers are students and their parents. The average ticket size is Rs 250. Boasting a range of 40 products at present, The Left Out Store has sold around 200 units so far, with scissors and pens being her customers' favourites.

Excitedly recalling the first time she met customers, and made a proper sale, Maitri says, “The first time I actual started selling my products, it was at an exhibition at Lalit Ashok. People were surprised by the very idea of The Left Out Store, but eventually more and more left-handed people began approaching me, and said they relate to my struggles such as being unable to use regular pens or sit at desks comfortably. They even said that these products are the ‘best thing that had ever happened to them!’ The gleam on their faces told me I was doing something right.”

Maitri says she also wants to approach schools, and sensitise students and teachers about the dangers of trying to force a child to change their dominant hand from left to right, including possible speech impairments, decline in self-esteem, and in more severe cases, dyslexia and other learning disabilities. If she can get through to primary educational institutes, it will benefit the children, as well as give her products more recognition.

On what keeps her motivated, Maitri says she believes in the ‘golden circle concept’ by author Simon Sinek, which is to answer WHY one’s organisation exists, HOW it achieves its objectives, and WHAT the organisation does. And why does The Left Out Store exist? Maitri confidently says, “To end the bias that exists against left-handed people and to make their lives a lot simpler.”

You can bake your cake, and eat it too: sisters-in-law based in two continents show you how with HomeBakers.co.in