These women entrepreneurs bootstrapped their startups to success 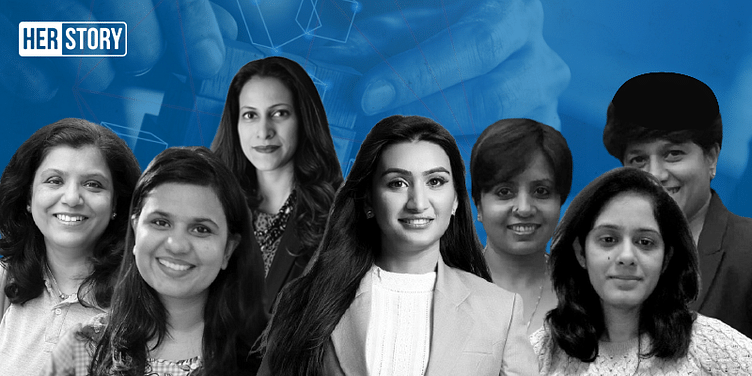 Without investment from external parties, very few startups have lived and grown to tell their stories. Meet these exceptional women who have been there and done that.

When starting up, every entrepreneur faces a hundred struggles – from, product development, team building, creating a differentiation… the reasons are many.

But the most difficult of them all, most startup founders would agree, is funding. Without investment from external parties, very few startups have lived and grown to tell their stories. Naturally, startup founders who bootstrap and taste success stand out in the crowd.

Now, if the world is tough to women, its tougher to women entrepreneurs.

In fact, the total amount of funding raised by startups with a woman founder or co-founder between January and September 2018 comprised just 5.2 percent of the $9.14 billion raised in overall funding in India.

Yet, in a male-dominated world, the following few women have made their mark by standing on their own feet, bootstrapped, and confident.

Shwetha, 28, started an online rental platform for men’s fashion -Candid Knots- with her own savings of Rs 10 lakh, in 2016 in Bengaluru. An Erode-based VIT graduate, Shweta hails from a family that is into the textiles business. The startup has partnered with various high-end designers and labels, and has its own in-house brand. With a team of 12, CandidKnots is closing this fiscal with Rs 3 crore in revenue.

Originally from Erode, computer science graduate Vinothini spent a decade in corporate, building and testing network protocols, when she stumbled upon cloud technology. Realising that the cloud would soon need experts who could deploy services and operate them through automation, she founded Bluemeric, a cloud and devOps company in 2011. She began with two engineers and now has a team of 25 working on cloud technology for several internet companies in the US.

Nidhi started women’s ethnic clothing brand AKS, when she was just 25 and a mother of a seven-month-old baby. A software engineer by qualification, she has done a one-year course in Fashion Buying and Merchandising at the Polimoda Fashion School in Florence, Italy. In 2014, she launched contemporary ethnic fashion brand AKS, with her savings of Rs 3.5 lakh. AKS is closing this fiscal with Rs 100 crore in revenue.

Meenakshi started Helper4U in 2014, in Mumbai - an employment exchange on phone to hire ABCDE (Ayah, Bai, Cook, Driver and Everyone similar). It provides services like training and background checks before hiring a help for the customer. Now 50, Meenakshi has worked in business development, content, corporate training, before embracing entrepreneurship. In 2013, she founded clickforcoach.com, an online platform connecting teachers and students. (It shut down after two years.)

Aparna, 37, is the founder and CEO of Empowerji, a startup that aims to offer digital literacy to senior citizens. A mother of two, Aparna launched Empowerji app in December 2018 to empower mobile phone users above the age of 50, to learn how to use basic apps through short videos. Mumbai-based Aparna had earlier co-founded KoolKampus, a cloud-based educational platform. She was also part of Massachusetts Institute of Technology (MIT) Entrepreneurship Bootcamp programme in 2017.

The Bengaluru-based duo left their 15-year-long corporate career, to focus on going green, in 2017. They launched AstuEco with Rs 1 crore from their personal savings, to manufacture and sell eco-friendly plates, trays, glasses, cups, and containers that are 100 percent natural and biodegradable. As part of AstuEco, the entrepreneur duo has also established Good Earth Astu Research (GEAR) Centre, to find better products that are bio-degradable, compostable, nontoxic, chemical-free, and safer for man, animal and earth.