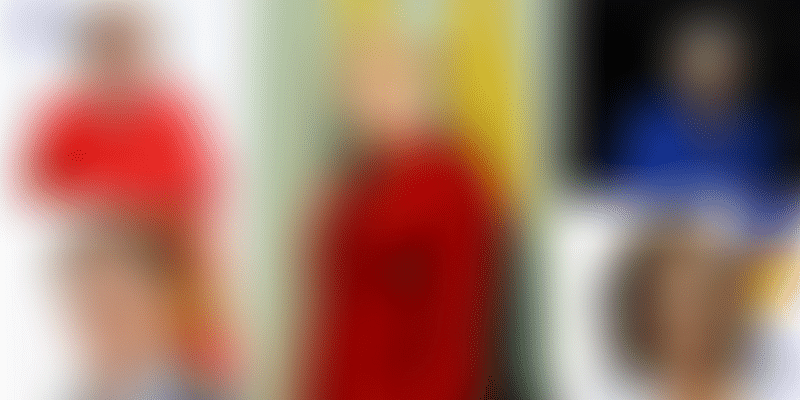 It’s women first - from Nepal and Bangladesh to New Zealand and the Marshall Islands, women are leading change across the world.

More and more women are making a mark in politics. India has seen a woman President, a woman Prime Minister and women leading defence, and various states as well. But, we could definitely do with more women in power. As Indian elections are underway, we looked at some women world leaders who are the heads of various nations across the world.

India’s neighbour Bangladesh has a female Prime Minister for a long time. Sheikh Hasina,  the 10th Prime Minister of Bangladesh, is one of the longest-serving Prime Minister in the history of the country. The 71-year-old is the daughter of the first President of Bangladesh, and has spent four decades in politics. She won her fourth term in 2018 - the same year she was listed on Forbes as one the World’s 100 Most Powerful Women. She ranked 26th on the list, and also received the UNESCO Peace Tree Award for her courageous leadership.

India’s other neighbour Nepal also has a female head. Bidhya Devi Bhandari, the current President of Nepal, is the first woman to hold this office. She is also the commander-in-chief of the Nepalese Army. The 58-year-old assumed office in 2015. In fact, she has also served as the country’s Minister of Defence - the first woman to do so.

She ranked 52 in the Forbes list of the World's 100 most powerful women in 2016, and is a champion for women’s rights.

Tsai Ing-wen is serving as the President of the Republic of China, commonly known as Taiwan, since 2016. The 62-year-old is a legal scholar, and a lawyer, and was named by Forbes as one of the most influential women in 2019. She is the first president of aborginial descent and the first unmarried one as well. Surprisingly, she hasn’t held an executive post before this.

There are many firsts when it comes to Jacinda Kate Laurell Ardern. She is the world’s youngest female head of government, taking office when she was 37-years-old.   The 40th and current Prime Minister of New Zealand, she has been seen as one of the most influential leaders. Jacinda has been very inspiring,especially for the way she handled the recent crisis when a New Zealand mosque was attacked by a shooter.

At 46, Kolinda Grabar-Kitarović was the youngest person to assume the role of the President in 2015. She is the 4th and current President of Croatia. The first woman elected to office, Kolinda has had an active political career,  having served as the first female Minister of Foreign Affairs and Europen Integration from 2003 to 2005. Forbes listed her as one of the most powerful women in the world in 2017, ranked 39th.

Ana Brnabić is the first woman Prime Minister of Serbia. She has been serving since 2017, and is the first openly gay person to hold office. In 2018, Forbes named her as one of the most powerful women in the world. Also, she is one of the five openly LGBTQIA+ heads of government in the world.

Theresa Mary May is the current Prime Minister of the United Kingdom and Leader of the Conservative Party since 2016. Because of the Brexit with the UK pulling out of the European Union, she has had a tough time. In 2018, she survived a no-confidence from her own MP’s, and in early 2019, she survived a parliamentary vote of no-confidence. But she may step down if the Brexit deal gets backing.

Hilda Cathy Heine is the first woman to serve as the President of the Marshall Islands, an independent island in the Pacific. It also makes her the first female president of a Micronesian country.

She is eighth President, and one of the three women currently serving the country’s legislature. Previously, she has founded a women's rights group and has also served as the Minister of Education.

Saara Kuugongelwa is the first woman to serve as the Prime Minister of Namibia. She is also its fourth President, and in office since 2015. She also served as Minister of Finance, and  has been vocal about gender equality.

Erna Solberg has been serving as the Prime Minister of Norway since 2013 and Leader of the Conservative Party since May 2004. She has been dubbed as Norway's Angela Merkel, and has a strong voice on women’s rights.

Sahle-Work Zewde is the current President of Ethiopia. She is the first woman to hold the office, elected unanimously in 2018. She is fluent in multiple languages.

Zuzana Čaputová will be the youngest president in the history of Slovakia at 45. The president-elect of Slovakia will take office in June this year. A lawyer, activist, and a politician, she is the first woman to hold the presidency in the country. She has also been awarded the 2016 Goldman Environmental Prize. We look forward to the changes and policies she will introduce once she takes office.

This is only the list of only the women currently in office. There are many more women across the world who have served as state heads.

After all, it is hightime for more women to make way for themselves in politics.

Tell us which leader do you find inspirational?