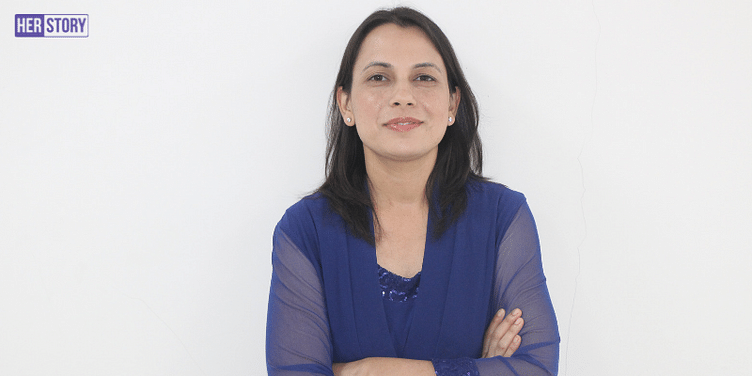 Preeti Sinha believes tasty, healthy, and nutritious food need not be boring and restricted to a certain palate. Her startup, Greens & and More, offers a range of 14 ‘green meals’ that cater to different nutritional needs. And to think, it all started with a WhatsApp group.

This is a story of how a WhatsApp group grew into a registered company selling 'green meals'.

When Preeti Sinha returned to India from the US in 2014, she was overweight, and had not returned to her normal weight after her two pregnancies.  She decided to take her health seriously.

“Wellness is 80 percent nutrition and 20 percent exercise. Knowing this, I switched to local produce and a diet full of vegetables, fruits, nuts, and greens - all of these partly cooked to retain the maximum nutrition. Within a matter of few months I lost 15 kg, felt more energetic, and was absolutely fit. I realised the value of good nutrition on overall well being. This further made me curious to learn about the modern food pyramid and how it is beneficial for consumers leading sedentary lifestyle in urban cities,” Preeti recalls.

She understood that 95 percent of all chronic disease (obesity, cancer, diabetes, heart disease) are caused by food choice, toxic food ingredients, nutritional deficiencies, and sedentary lifestyles. The chaotic lifestyles means the percentage of population that cooks their own meals is declining.

“Consumers look for healthy food options, and we see some functional food items on the shelf at retail stores, but there are none in the fresh food space. I studied this gap and understood there was huge potential for the right product,” Preeti says .

It was an area of opportunity to work with farmers, nutritionists, health experts, and chefs to design healthy meals using fresh and locally grown produce that helps consumers reach optimum levels of daily intake of vitamins and minerals.

Preeti began small - in the community she lived in Hyderabad. “One morning, I prepared a salad and approached a group of fitness enthusiasts to taste and provide their feedback. After the initial tasting session, I took the phone numbers of interested consumers and created a WhatsApp group. I started selling different types of salads over the group. Initially, I used to prepare the salads and even delivered them. This way I got to hear the feedback directly from consumers,” she recalls.

After an initial pilot of eight months, when Preeti saw an increase in demand, she registered the company and later involved nutritionists and health experts to further fine-tune the existing salads towards holistic well being.

“We contacted farmers to grow produce naturally, and hired the best chefs to bring in taste and appeal, followed by outsourcing logistics for timely deliveries. In no time, the team was set and operations kicked off,” she says.

Preeti’s biggest challenge was to learn about the food industry and its operations as she was new to the domain. After completing her BTech in electronics and a postgraduate degree in banking technology management, she moved to the US in 2006 where she worked with Oracle and Sony Inc.

Greens & More is bootstrapped and works on a multi-dimensional revenue model. The franchisees (in corporate or outside) will be able to generate revenue via selling through subscriptions, walk-in clients, third-party aggregators like Swiggy, Zomato, and Uber Eats, nutritionist services, and salad kits.

From starters to desserts

“We have been profitable from day one. During our MVP stage itself, we have done 30,000 meals. For corporate expansion, our growth strategy is to accelerate the process by getting on-boarded on Zomato’s [email protected] and hunger box. Since, they operate on revenue sharing it will not burden us with the initial capital expenditure. Till now, product validation has been done for subscription services. After validating the product acceptance at corporates (visibility stores), it will be easier to replicate the learnings in franchisees owned by individuals in prime locations,” she says.

In between starting up Greens and More, and taking it forward, her family received an opportunity to relocate to the US. Preeti decided to stay back with her startup, while her family moved back. Her family supports her completely in the venture.

“Our goal is to constantly innovate and introduce fresh, ready-to-eat health products on the menu, from starters to desserts. We would like to refresh our menu every nine months to avoid food fatigue in clients. Our counterparts abroad is Sweetgreens in the US. In the future, we plan to raise investment, and scale in Hyderabad, Bengaluru, Mumbai and Gurugram in Phase 1,” Preeti says.