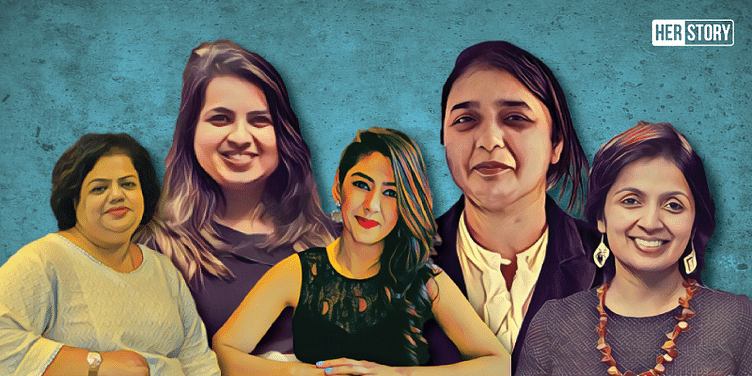 Meet the women entrepreneurs who are at the forefront in the fintech space in India.

India’s fintech sector has seen an exponential growth over the years. According to India Fintech Report 2019, India is the world's second biggest fintech hub. With more than 2,000 fintech startups, this sector has after payments seen the most amount of funding.

In fact, in 2018 women-led and co-founded fintech companies were the top favourites of VCs.

Here are some of the women led fintech companies (in no particular order) that you must know about.

Lizzie Chapman is a leading name in the fintech space. She moved from London to make India her home seven years ago, gaining experience in the finance sector. She started ZestMoney in 2015. She is also a founding member of Digital Lending Association of India and serves on its Executive Committee.

With its headquarters in Bengaluru, ZestMoney is a consumer lending platform. It partners with ecommerce companies and allows   consumers to pay using digital EMI without a credit card or a credit score. The consumers can spread the cost up to 36 months. ZestMoney has been backed by leading global financial services such as Omidyar Networks, PayU, and Ribbit Capital among others.

Sucharita Mukherjee, the former CEO of IFMR Holdings started Kaleidofin, a financial platform for the informal sector. It provides solutions tailored to the customer’s goals. Co-founded by Sucharita in 2017, this Chennai-based startup has raised $2.8 million in seed funding from Silicon-Valley based Omidyar Network, Blume Ventures, and individuals such as the Israeli serial entrepreneur and inventor, Professor Shlomo Ben-Haim.

Mabel Chacko started Open in 2017. A serial entrepreneur she has 13 years of experience in the fintech space.

Bengaluru based Open is a neo banking platform for SMBs and startups. It helps small businesses automate and run their finances effectively. Open recently received a Series A funding of $5 million led by Beenext, Speedinvest and 3one4 Capital. It has also raised investments from Unicorn India Ventures, DICE fintech, Recruit Japan and a few angel investors including Taxiforsure founder Apremaya Radhakrishnan, Citruspay founder Jitendra Gupta, and Archana Priyadarshini of Unicorn India Ventures, among others.

Khushboo Jain co-founded ImpactGuru in 2014. A predominantly an online healthcare crowd-funding platform. It was incubated at Harvard Innovation Lab’s Venture Initiation Program. Khushboo who has studied Business Management and Marketing has worked with various startups and multinational firms. She looks after operations at Impact Guru and is the COO. The startup has raised funding from Apollo Hospitals Group and Venture Catalysts India and others.

Chaitra Chidanand co-founded Simpl in 2016 after shifting to India from Silicon Valley and struggling for weeks to get a credit card. Backed by Green Visor Capital and IA Ventures, Simpl with the click of a button allows for transparent financial services to everyone with a smartphone in real time. It gives users a payment mode that’s faster than wallets or cards.

Bengaluru-based CrediWatch is an information intelligence platform. It provides big data risk analysis to corporations, helping them in the process to deploy intelligence while making decisions.

Sayali has over a decade of experience in M&A, growth strategy, management consulting and new product development. Business development,  corporate growth strategy in the consumer goods, technology and healthcare space are what she specialises in. Sayali Karanjkar co-founded, PaySense in 2015. Mumbai-based PaySense is a consumer lending platform that gives users credit in a customised manner.

PaySense is funded by PayU, Jungle Ventures, Naspers, Nexus Venture Partners, and others.

Simmi has over 19 years of experience in credit and lending. She has worked with Grameen Impact India, and also headed the venture debt business at financing firm IntelleGrow. She co-founded Loans4SME in 2016. Mumbai-based Loans4SME is a platform for small businesses to raise debt capital. It extends the source of debt capital to venture debt funds, impact leaders and family investment offices.

Delhi-based Priyanka Kanwar launched Kite in 2017. Kite provides accessible, secure and modern finance to Indian businesses, their employees, and beyond. Priyanka has extensive experience in finance and technology. She has previously worked at HSBC and Accenture and also founded a not-for-profit.

A first generation entrepreneur, Sumedha has 18 years of retail risk experience. She started Syntellect, a tech-enabled financial platform that connects lenders and loan seekers in 2010. Its enterprise product RightProfile is a “customer profiler and loan decision support system that aids data capture and assesses, in-depth, a customer’s profile for loan readiness.”