With adverse climatic conditions prevailing across the globe, activists have stepped up their efforts with awareness campaigns to tackle the climate crisis. From 16-year-old Swedish Greta Thunberg to India's Sunita Narain and others, here is a look at women working to save the planet.

At the recently concluded UN Climate Summit in New York, 16-year-old Greta Thunberg captivated members and the world with her sharp observations about the global efforts to tackle climate change.

As revealed by the United Nations, we have about 12 years to reduce our current carbon emissions before we reach the ‘no turning back’ point - after which no efforts can reverse the effects of climate change.

Extreme weather conditions around the world like the tropical storm in the Bahamas, the Amazon forest fires, cities like Cape Town and Chennai facing severe water crises are signs that climate change is affecting all parts of the world.

The onus shifts to the governments and people to take steps to reduce carbon emissions, move towards sustainable living, and save the human species from possible extinction.

Several youth and women leaders have stepped up to lead the fight against climate change and government inaction.  From Greta Thunberg to Sunita Narain, here is a look at women who are trying to save the world from the effects of climate change.

The 16-year-old Swedish climate activist has captivated the world’s attention over the last year with her ‘Fridays for Future’ strikes. Her weekly strikes have motivated children all over the world to skip school and demand that governments take strict measures to cut back on greenhouse emissions. Outside the Swedish Parliament, she demanded that carbon emissions be reduced in line with the Paris Agreement.

Thunberg has spoken at several inter-governmental and global summits like the UN Climate Summit, the World Economic Forum, COP24 Climate Summit and more. Whether politicians or entrepreneurs at WEF in Davos, she has called them out for not doing enough.

She believes that having Asperger’s Syndrome gives her the ability to look at things differently than others. Not only is she advocating for solutions to tackle climate change, but she is also popularising long-term sustainable methods. She refuses to fly, uses trains to travel throughout Europe, and recently undertook a two-week Transatlantic journey to get to New York for the UN Climate Summit.

Christiana Figueres is one of the most reputed voices for climate justice around the world. After leading a climate-change non-profit organisation, Figueres took over the UNFCCC, the United Nations body that is responsible for global climate change negotiations. Figueres was instrumental in successfully steering world leaders to reach the Paris Climate Agreement in 2015, after a failed attempt in 2009. She is successful in bringing in gender dimension in the fight against climate change.

Hailing from Costa Rica, she tells the story of the once commonly found toad in her homeland that went extinct in 1989 - as one of the crucial moments for her to work in solving the climate crisis.

After studying anthropology, she was a member of the Costa Rican climate negotiating team from 1995 and even helped write the Kyoto Protocol and subsequent global agreements.

Hindou Oumarou Ibrahim has spent the last 10 years working to bridge the gap between international agreements on climate change and the ground realities in Chad.

Hailing from a pastoral community in Chad, she has witnessed first hand the effects of climate change. In Chad and other countries, every year, natural resources are depleting and people are struggling for survival. Ibrahim is a voice for indigenous communities, who are most vulnerable to climate change because of their close association with nature. She believes that indigenous people, even though most disrupted by climate change, can provide sustainable solutions based on centuries-old knowledge that the world can adopt. She was part of the Paris Climate Deal negotiations and was a speaker at the signing ceremony of the accords.

Youth activism around climate change and sustainability have grown substantially in the last few years. Nakabuye Hilda F comes from Uganda whose population comprises 77 percent of people below the age of 30. Inspired by Swedish teen climate activist Greta Thunberg, the 22-year-old activist from Kampala started mobilising youth for ‘Fridays for Future’ strikes in Uganda. She also a Green Girls Ambassador for Green Africa Campaign, an organisation that is dedicated to uniting the African people to fight climate change.

She fiercely campaigns to raise awareness about the hazards of climate change and plastic pollution. She organises plastic clean-up missions in public places in Uganda. She also wants her government to take stringent measures to tackle climate change and reduce greenhouse gas emissions. Hilda and her team have been successful in asking the Speaker of Parliament of Uganda to enforce environmental policies like the ban on plastic bags and reforestation in the country.

With Jair Bolsonaro taking over as President of Brazil last year, the country has retracted several climate protection measures. Bolsonaro has allowed deforestation and logging activities to continue in the Amazon forests, which was stated as one of the reasons for the fires that ravaged the ‘world’s lungs’ for over four weeks. Rayanne Cristine Maximo Franca has emerged as an opponent to these measures that are destroying the ecosystem of not just Brazil but the world. Her activism centres on the rights of indigenous women, empowering these women to protect the environment. After leaving home at the age of 17 to go to university, Franca joined the indigenous Youth Network in Brazil to mobilise them to fight against the injustice they faced. Now, she is a member of the UN Women project, Voice of Indigenous Women.

For Franca, the fight for climate justice in Brazil is deeply connected with the indigenous people.

Sunita Narain is India’s most well-known environmental activist. Narain is the current director of a small but very influential research group Centre for Science and Environment. The environmental policy researcher has been with CSE since 1982, and is also the editor of fortnightly environmental magazine Down To Earth.

Narain has been cautioning her native city, New Delhi, and the country about the dangers of high air pollution levels for years. She is known for her unwavering faith in hard data and scientific methods of research to make people aware of the dangers of climate change.

In 2016, she was named as one of the 100 most influential people by TIME magazine. Narain also spoke with Leonardo DiCaprio for his documentary, Before The Flood, about India’s contributions to and solutions for climate change.

Vandana Shiva is an Indian physicist, ecologist, activist, and author who has spent much of her life in the defence of biodiversity. Shiva has played a major role in the global eco-feminism movement. Through her research institute Navdanya, she aims to protect the diversity and integrity of native seeds while also promoting fair trade practices. She has built an organic agriculture movement across India for the past 22 years. She has received the ‘Right Livelihood Award’, which is known as the ‘Alternative Nobel Prize’, in 1993 for placing ‘women and ecology’ at the heart of modern development discourse. She was also named as an ‘Environmental Hero’ by Time Magazine in 2003.

From the Salman Khan hit-and-run-case to PIL on the right to dissent, lawyer-activist Abha Sing...

Nirandhi Gowthaman
An avid learner, Nirandhi thinks that life is too short a time for mankind to completely comprehend life. She is passionate about telling stories that will make a difference. She engages with topics like gender equality, sport and society and politics.… 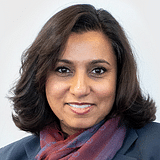 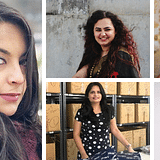 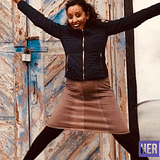 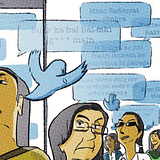 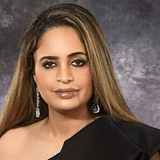 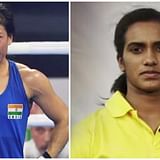 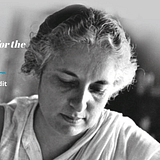