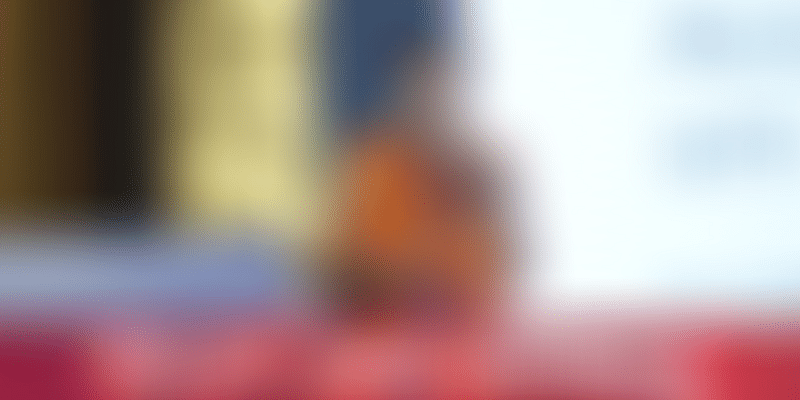 On day two of the tenth edition of TechSparks, Arti Sinha, Founder, Wayu Health, who is part of the Facebook SheLeadsTech community, talked about building a bootstrapped business, and running a ‘lean, mean, successful startup on your own terms.’

YourStory is the outreach partner for SheLeadsTech from Facebook.

Bootstrapping your startup can be daunting, and presents a number of challenges until you’re sure that your business will survive even without external funding. It can be difficult to navigate through the initial few years, while shaping your business model, getting clients on board, and building a rapport with those already in the industry.

At the tenth edition of TechSparks, Arti Sinha, the Founder of Wayu Health offered her insights about building a bootstrapped business, and gave a few important pointers to keep in mind during the early days of starting up. Arti is part of the Facebook SheLeadsTech community, which offers a platform for women entrepreneurs to connect, exchange ideas, and receive mentorship along their journeys.

Founded in 2013, Wayu Health aims to make access to quality healthcare easier, especially in developing countries, through Web and mobile technologies. The startup has developed WayuMD, an app through which users can stay connected with their doctors and consult them without the hassle of queues or wait-times for appointments. While Arti came up with the idea for Wayu Health in San Francisco, it is now based in Gurugram.

Speaking about how she started out, Arti said she has always been interested in science, was fascinated by tech, and knew she wanted to pursue something in medicine. On what prompted her to launch Wayu Health, she said,

“Finally, the one thing that pushed me to buy a one-way ticket to India was that I wanted to do something meaningful. I wanted to do work where I was really helping people, and creating an impact. I wanted to build a business that would last.”

Arti believes that an entrepreneur’s passion for their idea is the primary driver when it comes to building a successful business.

“Whatever you’re working on has to resonate with you. There has to be a personal interest in the nature of work, or the subject matter itself.”

Arti recalled having conversations with investors while starting out with her venture, but eventually understood that she would have to bootstrap. “There wasn’t much calculation, because the reality is that less than two percent of startups get funded,” she added.

And once she reached India to work on Wayu Health, her first thought was, “You’re on your own.” But according to her, that’s not necessarily a bad thing. She said,

“Most startups are on their own. You don’t start a company for a VC, you start it for yourself and your community. The more you plan for it and design yourself for it, the better off you are. When you have decided to build something, it’s up to you to take charge and make it come true.”

When it comes to growth and the timeline in the long run for bootstrapped startups, Arti said,

“When you’re bootstrapped, the growth is definitely slower, but you’re on steadier ground. Everything that we have achieved today is ours to own, and I’m confident that as we grow further, the financial outcomes, the success and relationships that we build will be much more long lasting.”

So, what are some of the things startup founders can keep in mind to make sure that they’re able to survive without raising funds and still become profitable? Arti spoke about four key points.

Being lean and mean

“If you're not plush with cash, it's important to realise that you can’t throw money at every problem. This forces you to be very precise about every decision you make. With every decision we make about spending, we have to be mean about it.

“Over the last five years, this has improved my focus. Every time a new opportunity or marketing channel comes in, I think it through. I have to make sure that any money I spend has to be an investment where value is created or a new customer is brought in.”

Getting a client who will be your champion

Arti said that one of the things she realised by the third or fourth customer, was that the relationships they were building with customers - mostly doctors - was more than just business interactions; they were getting actively involved.

“What we had was a little nugget; something that could show what we built and how it would work. Everything else was going to be defined as we had real customers using it - customers who weren’t doing it as a favour. Every iteration of our platform was done in participation with customers, and most of the time they were paying.”

And according to Arti, the time has come and gone for businesses that wait for a certain number of users to get on board before any money comes in.

“If you have someone paying you for what you're building, get them in now. You can’t run a business if you don’t have money coming in.”

Emphasising on bootstrapped startups having the luxury of experimenting without facing too many repercussions, Arti said,

“One of the benefits of being on your own when you’re small, is that you’re flexible. I had an idea of what I wanted to do and what the purpose was, and being independent allowed us to make mistakes. Nobody was watching and pointing at us, except for a few clients who were understanding.”

Getting help from advisors and the community

In her own experience, Arti found the Facebook SheLeadsTech community helpful.

“SheLeadsTech for me, has been a great community where my gender didn’t matter. When I either virtually interact with the women who are part of the group or meet them at events, we get to talk about our ideas, collaborate, and learn, and a lot of us are in the same boat as entrepreneurs with bootstrapped startups. It’s nice to have people going through the same thing you are.”

She says that the kind of community and advisors entrepreneurs surround themselves with are going to be instrumental in their success.

On what Arti plans to do with Wayu Health in the future when it comes to getting funded, she says she’s that the meeting with investors is “going to be dating”.

“I’m going to be very clear about who we are, what we want and what we’re looking for. And naturally I expect the same from the person with money. They need to invest not only because healthtech is a cool space, but because they have to be willing to commit to the relationship.”

And since Arti has reached a certain milestone in her career as an entrepreneur today, she says,

“Now that I’ve come here, I am not getting out until I leave a company for somebody to run.”

From being the youngest chief nutritionist in India, to helping 10,000 people battle weight-issues “over email”: Meet Khyati Rupani