[World Mental Health Day] India has the highest number of suicides among youth. So, what ails our young girls? 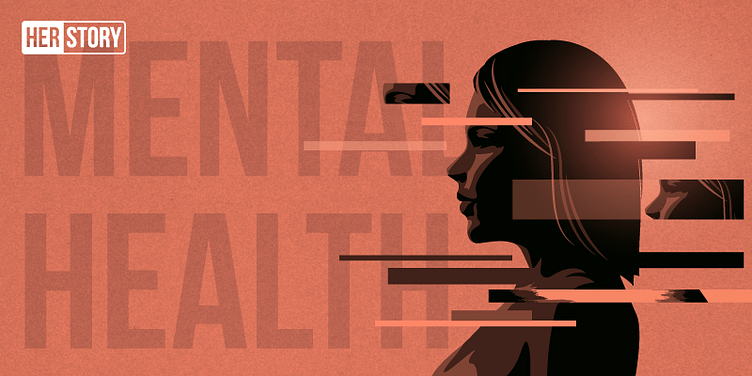 In the first of a two-part series on mental health in girls and young women, we focus on the numbers that indicate women are twice as likely to develop anxiety and depression, when compared to men.

It’s 2019, and the scenario surrounding mental health in India has not changed much. There’s still stigma attached to mental illnesses and the number of psychiatrists and counsellors in the country remain at an abysmal number.

People are still loosely termed paagal when associated with depression, even by educated people. In fact, Bollywood recently came out with a film titled, Mental Hai Kya, which was changed to Judgemental Hai Kya after a huge furore.

There still exists a need for consistent and constant awareness on mental health disorders and how to approach them. There is a need for specialists to have more empathy, and the law to be just and favourable to those affected.

Research indicates that women are twice as likely to develop common mental disorders, such as anxiety and depression, when compared to men. According to the World Health Organisation (WHO), women are also more likely to experience trauma, often due to sexual assault or abuse, and therefore tend to suffer from Post-Traumatic Stress Disorder (PTSD).

Research has also shown that 20 percent of Indian mothers are likely to be affected by postpartum depression. According to further research by WHO, economic loss in India due to mental health conditions will amount to an estimated $1.3 trillion between 2012 and 2030.

What ails our young?

Did you know India accounts for 36.6 percent of suicides globally, and that suicide has surpassed maternal mortality as the leading cause of death among women and teenage girls aged 15-19 years?

The National Mental Health Survey 2015-16 , conducted by the National Institute of Mental Health & Neurosciences (NIMHANS), Bengaluru, under the purview of the Union Ministry of Health and Family Welfare, reveals that 9.8 million teenagers in the age group 13-17 years suffer depression and other mental health disorders and are “in need of active intervention”.

So, what ails the young women of today? Increased expectations, pressure from all fronts, the inability to question, gender stereotypes, no facility for dialogue or discussion surrounding health, and the absence of qualified and approachable therapists or counsellors are some of the few reasons.

For instance, out of 936,000 doctors in India, there are only roughly 4,500 psychiatrists to serve a population of 1.3 billion.

According to Shreya Giria, Psychotherapist and Student Counsellor at Azim Premji University, Bengaluru,

“Some of the things women commonly have to deal with are the pressure to look perfect, behave perfectly, and to find a perfect partner. To make sure they are financially sound and are 'making it' in their career. A lot of women have manifestation of their menstrual issues around this time, which may include diagnosis of PCOD, endometriosis, fibroids, etc.”

“Also, this is an age group where there's maximum increase and build up in cases of anxiety, depression and other mental health issues. Transitioning from high school to college to work and often to marriage are big markers and can bring a lot of stress,” she adds.

Shreya asserts that depression is more persistent in women than men. It has also been found that higher rates of depression, anxiety and somatic symptoms are related to a range of risk factors such as gender-based roles, stressors, and negative life experiences and events.

However, she believes that for common mental disorders, the gender-specific risk factors that disproportionately affect women include gender-based violence, socio-economic disadvantage, low income and income inequality, low or subordinate social status and rank, and unremitting responsibility for the care of others. “Women are often exposed to sexual violence, which leads to high rates of PTSD.”

Prakriti Poddar, of the Poddar Foundation that creates preventive mental health programmes, and also runs Silence Todo, a campaign to remove the stigma surrounding mental health, believes that poor mental health in women and young girls is a cause for concern.

“In some women, hormonal imbalances drive mental health issues such as anxiety and depression; some women experience post-partum or post-menopausal depression. On the other hand, certain socio-economic factors also predispose women to poor mental health. These might include an abusive relationship or marriage, lack of financial independence that forces them to stay in such relationships, lack of decision-making power, etc.”

How mentally literate are our young girls?

“The biggest challenge is a prevalence of various misconceptions in our society and a lack of information and awareness. This makes young people feel like their illness is something to be ashamed of and propagates further stigma and secretiveness, thereby becoming a vicious cycle. So, mental illness often goes undiagnosed and untreated. People should accept that mental well-being is just like physical well-being,” says Neerja Birla, Founder and Chairperson of Mpower, an organisation that works towards tackling mental health issues among the youth.

In an attempt to tackle the rising mental health crisis on campus, last year, schools in Delhi even introduced the “happiness curriculum”.

Skipping the idea of examinations and tests altogether, the curriculum promoted activities and a periodic assessment based on the “happiness index”. The value-added programme was certainly a way forward, but not unless it was replicated in the workspace, as well.

Where you stand legally

India adopted its first Mental Health Act in July 2017. This new law enshrines various benefits for mentally ill individuals and seeks to protect their dignity, as well as, privacy through the period of their treatment. The Act is a landmark shift from the age-old stigma connected with mental illness and the trauma patients go through during treatment.

“It is clear from the new mental health law that the provisions of the said law concentrates more on high intensity mental illnesses and the benefits provided to such patients. But, mental illness is present in various degrees and the same needs to be addressed at even the smallest level,” says Vibha Setlur, practising advocate in Bengaluru and Co-founder of LegalChap.com

“The present Mental Health Act 2017 has not made any specific provisions for mental health awareness at the workplace. However, it directs the government to take measures on spreading general awareness on the same,” Vibha says.

Read about how girls and young women are coping with mental health issues and stigma here.

Breaking the silence: these 5 women-led startups are tackling mental health issues in India