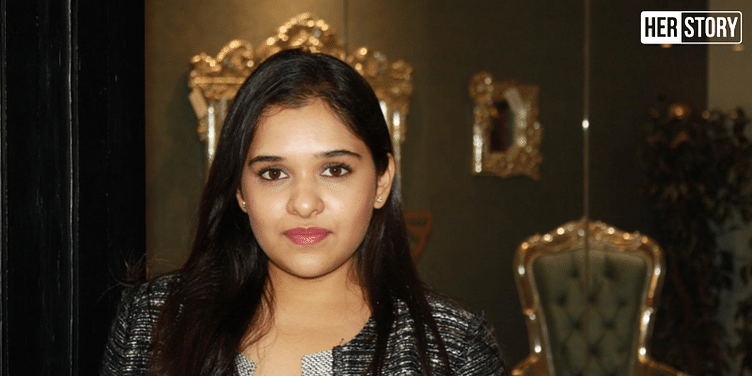 Aishwarya, with her furniture and interior design startup Khenshu, is reviving the art of Indian furniture making and is also helping karigars sustain these age-old techniques.

Aishwarya Reddy has worked in the interior designing industry and was constantly on the lookout for homegrown furniture brands. However, the more she searched, the more European brands were thrust on her. She realised that India lacked a furniture brand that displayed the wonders of Indian furniture making.

This led Aishwarya to start Khenshu, an Indian luxury furniture brand that would revive the dying art of Indian furniture. Along with this, her initiative supports local karigars (artisans) to promote the ‘Make in India’ movement.

The starting up process

Aishwarya, a Bengaluru native, studied Industrial Design in the city before she left for San Francisco to pursue a master’s in International Business. After her studies, she interned for six months in New York and later moved back to the garden city.

She briefly worked in sales and interiors before she decided to start Khenshu in 2019. “I was always fascinated by the creative field and wanted to do something along those lines, but education took me down another path, with me getting into engineering. After all these years, Khenshu is something that ties my passion with my educational background, so I can say I am where I have to be,” says the 24-year-old entrepreneur.

While working in the interior design industry, Aishwarya realised that finding classic designs was tough, especially Indian designs that fit into the ‘luxury’ category.

She adds, “I was fascinated by the architectural wonders of India. I wanted décor and furniture that reflected those eras but fit perfectly into modern futuristic homes. And, looking for that one transitional décor piece led me to start Khenshu.”

Aishwarya invested Rs 1 crore from her savings and an additional loan of Rs 1 crore to start-up the business.

Every region in India has several art forms, and with the onset of modern technologies, we are losing many such traditional methods and practices. With Khenshu, Aishwarya is at the helm of reviving such practices and helping traditional artisans sustain them.

“Lately, due to the onset of mass manufacturing, most of these art forms are dying with artisans moving to other industries. Khenshu is trying to bring these art forms back to life, and give it a global appeal with a contemporary twist in design,” Aishwarya explains.

With her first collection called Róse, Aishwarya incorporated the art form of silver gliding or silver sheeting that was developed in Egypt during the early 4th century, which later spread to different parts of the world including India.

Silver sheeting involves the intricate art of laying thick silver sheets on premium seasoned teak, an art form that has been passed from generation to generation, dating back to the karigars who worked for the royal palaces in Rajasthan.

She says that due to low demand and mass production of furniture, these artisans are giving up the art form and shifting to other professions that guarantee a better income. Khenshu works closely with these artisans, helping them with a design team to give them a global platform to showcase their artisanal skills.

An in-house team of designers in Bengaluru comes up with the furniture designs for the karigars, to begin production at its Rajasthan facility. The design and manufacturing process infuses the traditional art form and modern manufacturing techniques.

“Each product is first hand-sketched, prototyped graphically, tested using 3D printing, and other traditional methods like clay sculpting. It then goes into full production in our Rajasthan facility. Most of our work is handcrafted using traditional techniques with exceptions like using laser machines to cut out wood and marble,” Aishwarya explains.

Khenshu produces a range of products ranging from living room furniture, bedroom furniture to mirrors, consoles, photo frames, and décor pieces. The price ranges from anywhere between Rs 5,000 and Rs 20 lakh or uncapped depending on customisation needs. It opened its first flagship store at The Colonnade in the Leela Palace Hotel in Bengaluru.

“The luxury market is where we want to position ourselves,” says Aishwarya. She adds that her clients include mainly interior designers, architects, or anyone who has a flair for luxury or appreciates art. She has also taken up interior designing of spaces and specialises in decorating them with a palatial feel.

Aishwarya believes that Khenshu faces competition from European design houses like Boca Do Lobo and Fendi Casa, to name a few. Chinese furniture manufacturing counterparts, who mass-produce furniture, are also a competition for the brand. However, she believes that her brand has a unique advantage over all of them as Khenshu’s products can be appreciated over a long period.

Khenshu’s design and experience centre is also set to open by May 2020. Among other things, Aishwarya first plans to expand the business to Hyderabad in the current fiscal. And then, take it global and expand to New York and Los Angeles. She also plans to grow her team and increase the startup’s operational efficiency, among other things.

Meet Bandana Jain, who is making stylish and durable furniture from cardboard boxes