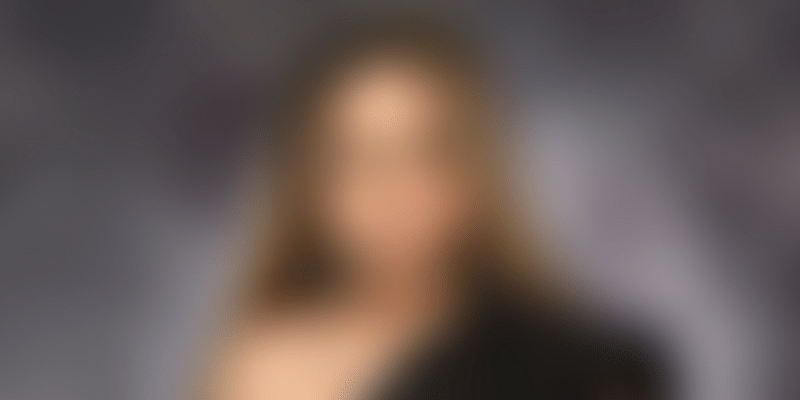 Starting at the age of 18, Jashoda Madhavji worked with her grandfather, Ranjit Laxmidas Madhavji, the Founder of the iconic Hamilton Studios, before hustling her way to becoming one of the most recognised marketing strategist and media consultants in India. Here is her story.

Remember Justin Bieber’s much-anticipated India tour in 2017? Amid much fanfare, the international singing sensation performed to a packed crowd at Mumbai’s DY Patil Stadium, concluding an important leg of his Purpose World Tour.

Now, as one would expect from an event of such scale, the concert stirred quite a frenzy; comedian Atul Khatri even has a set dedicated to the ‘Purpose’. While the crowd of twenty-somethings were elated at the thought of getting to see Bieber close up, the same cannot be said for some of the self-confessed pundits in the business. Love it or hate it, it was one of those once-in-a-lifetime experiences for pop fans closer to home.

An experience that wouldn’t have been possible without one woman (and of course her team of expert publicists and marketing strategists.)

Granddaughter of Ranjit Laxmidas Madhavji, the Founder of the iconic Hamilton Studios, Jashoda, for the uninitiated, is a name to reckon with in the Indian lifestyle and entertainment industry. With close to 20 years of experience in the industry, the 35-year-old entrepreneur is among India's leading marketing strategists and media consultants. In fact, for most international artistes visiting the country, Jashoda is the go-to brand name.

In 2015, however, after working with prestigious agencies like Vaishnavi Corporate Communications, Weber Shandwick, and MSL Group, Jashoda decided to go it alone. That was when she launched ﻿Dream N Hustle Media﻿, a boutique outfit specialising in brand building and media relations.

Today, her team—starting with one and growing to eight—services close to 20 accounts PAN India every month. The media relations managers have even worked with some of the biggest names (apart from Bieber) in the entertainment industry, including Dua Lipa, One Republic, Russell Peters, Ed Sheeran, Bryan Adams, AR Rahman, Anoushka Shankar, DJ Snake, and Diplo, to name a few.

“Right from Swedish House Mafia’s One Last Tour to Above & Beyond’s Trance Around The World (tour), and Armin van Buuren’s A State Of Trance – we created a new space in the media reportage for dance music,” says Jashoda, the brain behind DNH, in an interview with HerStory.

Making of the Justin Bieber concert

She might be rubbing shoulders with the who’s who of showbiz, but the opportunity to get Bieber perform for the desi crowd still remains an incredible feat for Jashoda. She herself credits the tour for contributing to “everyone’s career trajectory”.

“It was a no-sleep kind of tour for everyone working on it because there was an infinite amount of preparations that went into the tour. In fact, the publicity of the tour went on for over a period of four months, despite the artiste not engaging in any promotions,” she recalls.

Bieber’s tour, however, as hyped as it was, received its fair share of criticism. There were rumours of the singer lip-syncing throughout while a wild social media post listed a bizarre set of demands allegedly made by the singer. A furore that did not faze Jashoda.

“I’ve noticed it’s so common these days for audience who invest three hours of their time to turn critics and belittle the efforts of those who invest six months of their time putting together shows of such massive calibre,” she says.

With MatchMe, these women entrepreneurs have built an elite matchmaking business that clocks Rs 1 Cr revenue

What champions are made of

It takes grit to survive in the entertainment business, and the way Jashoda handles criticism certainly shows what she is made of. Starting at the age of 18, the Mumbai native, who was raised by a single parent, has gone from strength to strength, juggling high school and internship with her grandfather at the Hamilton Studios, and building her way up to where she is now.

She says, “My younger sibling and I were raised by a single parent with very middle-class values and that is something that has helped me become the person I am today. My mother, Ajita, always taught me that who you really are is more important than what you own, and I feel somewhere that ideal resonated with me and has stayed on with me till date.”

That her mother impacted her life greatly is quite evident. Throughout her childhood, in fact, Ajita was the driving force behind Jashoda pursuing creativity as more than a passion. A persistent effort that Jashoda says contributed to “my confidence and composure and helped me learn to be fearless while expressing myself”.

The media strategist today boasts a degree in Economics, Literature and Politics from Jai Hind College. She also holds a certification in dramatics from the Trinity College of London.

Jashoda says PR was an accidental venture for her.

“I juggled different jobs before I pursued brand strategy and media relations. I tried my hands at education, film production, event management, and celebrity management before I zeroed down on crafting brand identities and media strategies.”

It was certainly a well-wrought decision, as Jashoda, as a media relations professional, went on to successfully set up lifestyle and entertainment verticals and managing teams at her previous jobs. The only thing that was missing? An entrepreneurial adventure that would allow her to break free from the corporate conventions while experimenting with the status quo.

“Five years ago,” she recalls, “my good friend and talent manager Ankit Khanna who was a client then coaxed me to deliberate the proposition of going solo and, voila, here we are!”

But do not be fooled by the ease with which she speaks about her career trajectory. The decision to start something on one’s own always comes with its own set of challenges. And, in Jashoda’s case, with a great deal of stress as well.

“Public relations is one of the most stressful professions in the world owing to the nature of the business of managing and meeting expectations. I work an average of 60 hours a week. I receive hundreds of emails a week,” she says, revealing a little secret that helps her unwind – motivational leisure reading.

Lessons from the Boss Lady

Being in the entertainment business is hard as it is; add to it the entrepreneurial twist, and life can be quite difficult. Thankfully, Jashoda has an eccentric view towards these challenges.

“When you run your own business, you micromanage every single aspect and it can get taxing at times, but it makes you a perfectionist.”

She speaks from her experience, the struggles she faced, and the learning she acquired trying to make something on her own in a male-dominated business.

“A ‘boys club’ still exists on the business side of the entertainment world,” she quips. “Sometimes, I have to work harder than my male counterparts to justify why my company deserves to be paid at a certain compensation level.”

When the going gets tough, the tough get going, they say. Jashoda puts her own spin on this. In difficult times, instead of settling for mediocrity, she preaches “passion” and “hustle”. Rather than aiming to bulldoze the competition, she idolises a perfection where women support women:

“When we raise someone else up, we raise ourselves up,” she says, “And we as women have incredible power. When we do good for each other, many lives are touched and changed.”

From Rs 7.5L to Rs 15L revenue in six months, this startup helps middle-class Indians cut down on wedding costs