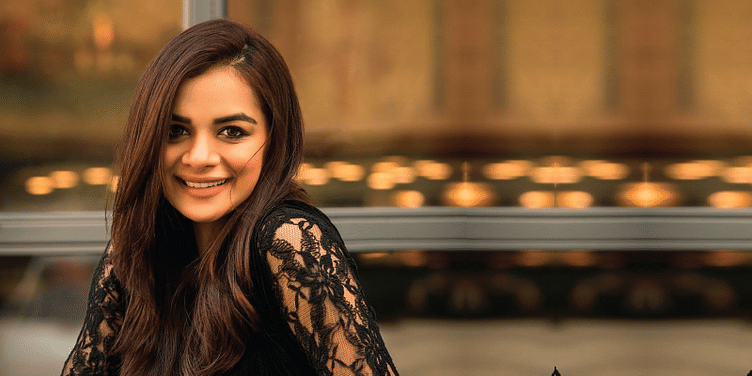 Richa Maheshwari is an entrepreneur, fashion photographer, traveller, and also finds time to volunteer for activities that interest her - like teaching photography to the visually challenged.

More than two decades ago, Richa Maheshwari wanted to do a thousand things when she became an adult.

As a travel enthusiast, photographer, filmmaker, and entrepreneur, she has put some of those dreams into motion. More importantly, she also dedicates time to teach photography to visually-impaired children. If that’s not enough, the multi-tasker also holds a Limca Record for the maximum burpees in a minute.

While Richa may be in her early years of accomplishing a thousand things, she is surely walking unique paths.

The call of passion

Hailing from Kanpur, Richa always found her calling in fashion and art. After enrolling at the National Institute of Fashion Technology (NIFT) in 2008, Richa felt the urge to get into the creative side of things.

Her professor nudged her to polish her photography skills that led her to experiment and eventually build her own studio, Richa Maheshwari Films and Photography, in New Delhi, while she was still a student. “The worse that could happen was that my plan would fail. No one would send me to the gallows. And so, it was worth the risk,” she recalls.

A self-taught photographer, Richa says that she looked at the challenges that came her way as blessings in disguise.

“When you have to learn things your own way, you master the nitty-gritties of the art. You become aware of the mistakes by failing a thousand times as compared to being taught by an expert the right way,” says the Delhi-based entrepreneur.

However, it is her personal projects that helps her to work creatively as opposed to the commercial projects that are guided by tools of the client. Over the years, Richa has worked with several NGOs including Society for the Prevention of Cruelty to Animals (SPCA), the Samarpan Foundation, among others. One such project involved teaching photography to the visually challenged children at the National Association for the Blind (under the Ministry of Empowerment and Justice).

She got in touch with the Association while working on a campaign on blindness awareness in 2014. The experience was an eye opener. Richa discovered that the children were extraordinarily talented,  knew how to use phones and its camera, and laptops.

They were all present on social media sites like Facebook and posted pictures taken on their phones on the platforms.

Richa noticed the pictures were well-balanced and nicely composed as well. That served as an impetus to teach photography to the children.

The children, Richa says, employ their ‘sixth sense’ by working on the basis of touch and distance.  They also use a simple point and shoot camera that Richa bought for them.

“They will touch or hear the subject and mentally assess how a frame should look. If I'm standing 10 metres away from my students, they will ask me to say something,” she explains, adding that while there are applications that guide where the source of light is or the colour of different objects, her students have relied on their instincts to take photos.

Richa is happy that the students are quickly grasping the basic concepts of photography and are sailing from one lesson to another, almost effortlessly.

At the same time, she explains, “It is difficult for us to imagine how a visually impaired person sees the world. They have a different picture of the world and definition of colours. They also have their own picture of what a human looks like. It’s heartening to see them utilising their disability positively,” Richa adds.

Richa enjoys travelling and has been to 49 countries so far. She believes that it empowers and widens her horizons.

“Whenever you start feeling that you have become so mighty and you are bigger than the rest of the world, you should start traveling because that is when you realise that you are a tiny dot in this entire universe,” she says, adding that those who do not travel tend to live in a bubble.

Richa’s proudest moment as a globe-trotter, however, comes from representing her country, even at a minor scale. “Some foreigners feel that Indian women are dependent on their male counterparts and we all live in a very conservative and protected environment. And then they see me traveling and talking about my country and even inviting them,” she says.

Her next trip is to Vietnam in March. As a practice, she will hoist the Indian flag at a tourist attraction in the country.

The multi-faceted woman believes challenges are small stones one must learn to pick up on the way to success.