How Bharatanatyam helped this CFO-turned-investor hone her leadership skills 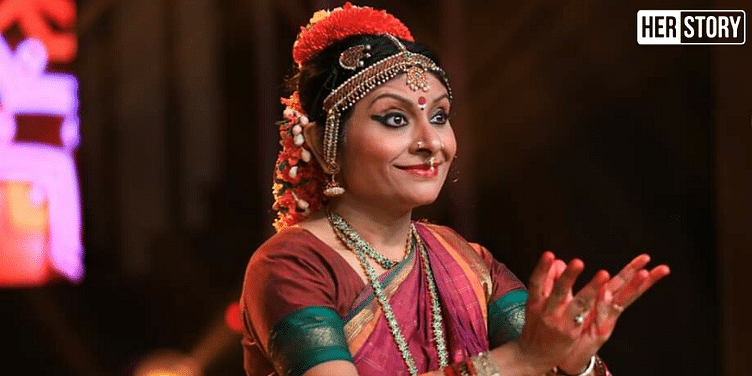 Swati Biswas believes business and arts go together. Having held several CFO roles, she says that Bharatanatyam has helped hone her leadership skills.

Swati Biswas was four-years-old when she first started to dance. She learnt Kathak and also performed on stage. At 10, she also started learning Bharatanatyam. Her love for the fine arts was further strengthened when she performed the Arangetram – a milestone in Bharatanatyam – when she was in Class 10.

However, it is important to note that the countless hours of meticulous practice did not take her away from academics. In a conversation with HerStory, Swati reveals that she was always a class topper. In fact, she had already charted her path when she was in Class 8 – study at Shri Ram College of Commerce, Delhi, and becoming a Chartered Accountant.

Cut to the present day and Swati has achieved much more than just what she set out to do. She successfully graduated from SRCC in 1997, fulfilled her dreams of being a CA in 2000, has held CFO positions in several renowned companies, performs Bharatanatyam around the world, is an investor, conducts mentoring sessions, and has also developed an interactive workshop for children with special needs.

Needless to say, Swati is an embodiment of a multi-faceted woman, who has broken not one but several glass ceilings in her life.

Hustling between the dance floor and boardroom

Swati began her professional career as a management trainee at GlaxoSmithKline (GSK) and rose the corporate ladder to become the Finance Head and CFO at several prestigious companies including Fever 104, HayGroup, Vodafone India, Landmark Leisure, and more.

After a stint as the Head of Finance in Dubai, Swati returned to India and took on the role of an investor for her husband’s integrated logistics startup Terrago Logistics Pvt Ltd in Bengaluru. She also holds the role of a financial advisor for the co-founders of the startup.

But Swati has never let go of her passion for dance. Her mother Hena Biswas, who she considers her mentor and biggest motivator, inculcated in Swati that fine arts and academics can go hand in hand. As a result, she continues to combine her passion for Bharatanatyam while having a successful career.

“She motivated me to always prioritise things and plan well to ensure that academics and fine arts go hand in hand in my life forever,” she says.

Now 43, Swati talks with zest while describing her achievements on and off the dance stage. Over the years, she has performed at cultural centres and events in Delhi, including India International Centre, Epicentre, Delhi Haat, Triveni Kala Sangam to South Indian temples, and in countries such as  U.S.A., Canada, Egypt, Syria, Lebanon, and Sudan and more.

It was her Arangetram performance that cemented her love for the art form. She says, “After that performance, I promised myself that I will pursue this beautiful art form throughout my life.”

Fusing business and penchant for dance, she has even presented Bharatanatyam recitals at numerous corporate seminars and events to endorse the ‘Art of Storytelling’ amongst corporate audiences.

One of her memorable performances, she says, is the time she was invited to the University of Northern Illinois in Chicago for the International Ramayana Festival. Amongst learned scholars from varied fields, Swati held a workshop revolving around Navrasas from the Ramayana.

Apart from these, she regularly conducts mentoring sessions on various finance and strengthening one’s leadership skills.

For her excellence in the corporate world and the stage, she was recognised as a ‘Distinguished Alumni’ in 2019 by the SRCC alumni and Alumnus Honourable Former Union Finance Minister Late Shri Arun Jaitley.

Swati establishes that scientific research has proven the link between dance and music, and the activation of deeper brain areas in a unique way. She says that they are effective in stimulating behavioural development among children.

Through her interactive workshop The Art of Storytelling, Swati is taking Bharatanatyam to children with special needs. She believes that this will have a positive effect on making children feel inclusive and helps them break out of their shells and explore their hidden talents and creative side.

Swati works with several institutes to bring these workshops to children with special needs, and is currently working with SOS Village – a not-for-profit in Bengaluru – for the same.

Fine art forms like classical dancing are beneficial to people in all forms of life, she says. The benefits of pursuing arts are also visible in the corporate world.

“It supports significant positive behavioural characteristics, which cements leadership traits at a young age itself and one can carry forward these traits in work life as well,” she adds.

Swati elaborates, “The benefits of this beautiful art form in shaping up my personality, and physical and mental strength. It has also inculcated discipline, time management, and resilience in me, which have immense benefits while progressing in my professional life.”

Having benefited from the arts herself, she has also helped her seven-year-old son Pradyumna and 14-year-old niece Ria Biswas take up fine arts.

“24 hours are a lot to make a difference in a day – these were my mother's best words of advice to me,” says Swati.

She says the secret to maintaining work-life balance is in the ‘art of dynamic prioritisation’. Each day for her has different priorities, and she plans each day minutely to execute all her deliverables.

On challenges that she has faced, Swati says that even though she has had her fair share of lows, she considers them as learning experiences.

According to Swati, being a woman leader in the workplace is challenging, especially in the male dominated financial space with its preconceived notions of gender roles that can lead to resistance against a woman leader.

One challenge Swati faces as a working mother is that on some days, both her work and home need her. However, she says that understanding colleagues and workplaces have allowed her to bring her son to her office. She believes that such environments function as a big support system for women in the workplace.

On how women can overcome such challenges and climb to leadership roles, she says that a lack of prioritisation and mentor can prove to be deterrents for women.

To women who aspire to become leaders in their work and workspaces, she says, “Never try to be a man in the so-called ‘Man’s World’ of corporate leadership and entrepreneurial journey because it’s a privilege to be a woman. It’s a huge asset to think like a woman, plan and execute like a woman, resolve problems like a woman, empathise like a woman.”

How cricketer Yuvraj Singh’s mother helped him fight cancer, and is now backing others battling the disease