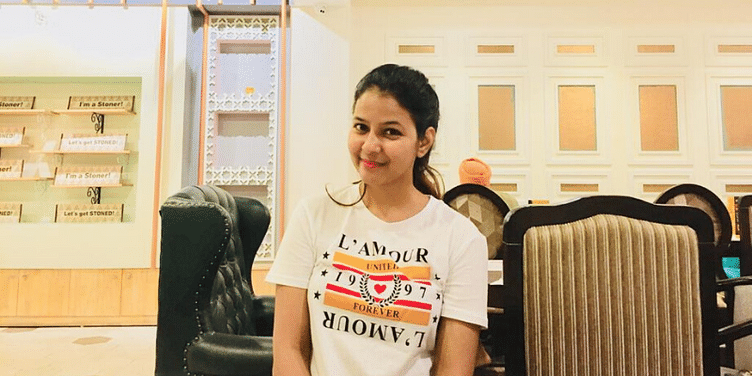 Based in Sarjapur, Bengaluru, The Milk India Company delivers raw milk in glass bottles to improve the health of children.

The quest to find pure cow milk in metro cities can get quite taxing. In fact, two out of every three Indians drink milk that is adulterated with paint and detergent, as per a survey conducted by food regulator Food Safety and Standards Authority of India (FSSAI). This was the challenge Shilpi Sinha faced when she moved away from home to Bengaluru for the first time in 2012 to pursue higher studies.

Growing up Daltonganj, Jharkhand, – a town whose population is around 20 times smaller than Bengaluru – Shilpi would always start her day with a cup of milk. Shilpi tells HerStory that moving to the metropolis made her realise the significance of drinking pure and unadulterated cow milk.

“I cannot imagine children growing up without drinking pure and hygienic milk,” she says.

The Milk India Company delivers pure cow milk, which is raw, unpasteurised, and has zero processing involved. The milk, certified by National Dairy Research Institute of India, is delivered in glass bottles. At present, the startup delivers milk within 10 km of Sarjapur in Bengaluru, at Rs 62 per litre.

In fact, drinking cow's milk strengthens children's bones and also helps in overall growth as it is rich in calcium.

What differentiates The Milk India Company from other dairy startups, Shilpi says, is their research and development into procuring milk based on somatic cell count.

The 27-year-old entrepreneur says the startup is currently focused on catering to parents of one to eight-year-old children, as most of a child’s physical development takes place during the formative years. She always asks mothers about their baby’s age and has received many requests from mothers of nine or ten-month-old babies.

“I ask mothers about their child’s age before accepting an order. If she says that the baby is not even a year old, we ask her to wait and not deliver,” she says. In this regard, Shilpi consults with paediatricians, dieticians, and nutritionists about the right quantity of milk that is fit for consumption.

To begin with, Shilpi visited 21 villages in Karnataka and Tamil Nadu to meet farmers and pitch her business model and get them on board as suppliers.

But one of her initial challenge was to gain farmers’ trust. Shilpi wore the local attire to be more approachable. And communication was difficult as well as she did not speak either Kannada or Tamil.

Over time and with persuasion, several farmers came on board. Shilpi started by addressing the problems faced by farmers in taking care of the cattle. “We provided instant medical and veterinary support,” she recalls.

To her surprise, she observed that farmers would feed restaurant waste to cows instead of fodder crops.

“But the milk will never be healthy if we give restaurant waste to the cows. And so, the first step was to eliminate this. Besides convincing the farmers with better pricing, we explained the process of how it will end up harming the children who will drink the milk,” she says, adding that the cows are now being fed maize.

How Bharatanatyam helped this CFO-turned-investor hone her leadership skills

Shilpi is a part of the lucrative dairy industry that reached a value of Rs 10,527 billion in 2019, according to IMARC Group. At the same time, it also demands greater involvement on the ground.

Shilpi says that being a woman and sole founder is not easy in the dairy sector. Her greatest hurdle, she emphasises, was in not being able to find the workforce and labourers to milk the cows and package the delivery which needed to be done at 3am.

Initially, she had to work on the farm herself and would carry knives and pepper spray.

“I have been staying away from my family for the last three years and working on The Milk India Company. Now, I think we are at a point where people are starting to recognise us and see the value in our product,” she says.

Today, she works with a network of nearly 50 farmers and 14 labourers in villages in Tumakuru and Bengaluru. Shilpi has another team of 14 people working from their office based in Sarjapur, whom she refers to as ‘mini-founders’ to honour their dedication.

Bootstrapped so far, she infused initial funding of just Rs 11,000 in the startup, which has remained a profitable business. It has clocked annual revenue of Rs 27 lakh and Rs 70 lakh in the first two years of operation. Shilpi is now looking to raise funds and expand further.

Shilpi says that the startup prioritises delivering value over sales and revenue. She also asserts that she has not spent a single penny on marketing, and the startup has still managed to amass around 500 customers purely from word of mouth.

Shilpi believes that though dairy is an established industry in India, it still needs innovation. At the same time, she does not want to expand into any dairy products other than milk.

At the end of the day, what keeps her going is the learning that she can make a difference in the lives of children and mothers.

"Among many instances, I had a mother who said the pure cow milk supply has helped her premature baby grow healthier," she concludes.