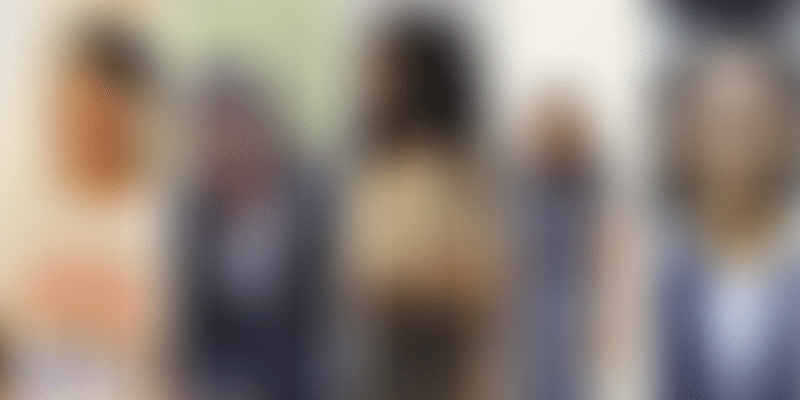 From creating sensors to assess farming conditions to designing wearable tech that helps detect disease in cattle, these women are helping the agricultural sector with their innovations.

According to TechSci Research, India’s agriculture market was valued at over $85 million in 2018, and is expected to grow at a CAGR of over 10 percent. Agritech companies are breathing new life into agriculture by finding new ways for farmers, animal agriculturalists, and food supply managers to go about their business.

While most agritech startups have been founded by men, some women are also foraying into the ecosystem with new tech innovations to help grow the sector. Here is a look at some of them:

Sai Gole, 26, is the Co-founder of ﻿BharatAgri﻿ which helps farmers maximise production and income using their algorithm to tell farmers what, when, and how to grow. She and the company’s Co-founder Siddharth Dialanim were part of IIT-Madras’ Centre for Innovation. Started as LeanAgri in 2017 and later renamed, the company has around 100,000 users, apart from 2,500 paid farmers, and claims to be the only company in India to monetise an information-based service in agriculture.

Sai and Siddharth were recently featured in Forbes 30 Under 30 list 2020.

Started in 2017 by Himani Shah and three other co-founders, this Delhi-based agritech startup uses image learning and machine learning to gauge the quality of produce. It works on a B2B model with food growers, processors, retailers, food service companies, and other stakeholders in the food supply and production chain.

Himani has studied mechanical engineering, with a dual degree from IIT Bombay, and handles strategy at Intello Labs along with investments and other support functions.

It uses artificial intelligence tools including computer vision and deep learning to grade the quality of agricultural products. It plans to expand beyond the Indian market to the US and China.

Shilpi Sinha is on a mission to deliver pure and unadulterated cow milk to help improve the health of children. The 27-year-old entrepreneur comes from Daltonganj, Jharkhand, in 2012 and realised that access to unadulterated cow’s milk was difficult. Six years later, she started The Milk India Company, based in Sarjapur, Bengaluru, to deliver pure cow milk, which is raw, unpasteurised, and has zero processing involved. It is certified by the National Dairy Research Institute of India and is delivered in glass bottles.

She uses a machine to calculate somatic cells in the milk before it is sent to the customers. The lesser the somatic cells, the healthier the milk, she told HerStory. She delivers milk to parents whose children are aged between one and eight-years-old. She works with a network of about 50 farmers and 14 labourers in villages of Tumakuru and Bengaluru. With just word of mouth, she now has over 500 customers within 10 km of Sarjapur and has clocked in a revenue of Rs 27 lakh in the first year and Rs 70 lakh in the second year.

Veena Adityan has a background in technology and cloud-based architecture, and has an MBA from Cambridge University. She is the Co-founder and CEO of UK-based startup Smartbell – an animal health monitoring solutions platform. The startup has developed sensors that can be mounted on collars or ears of cattle to monitor their movement and health.

Founded in 2016, its wearable tech provides farmers with information about cattle’s activity, temperature, feeding habits, and their surroundings such as air quality and humidity. Its intelligence platform analyses the data to pick up early signs of disease, days before any visible symptoms can be observed, to help farmers get early medical assistance.